On Race, Trauma, and "Strange Fruit" – The Feminist Wire

On Race, Trauma, and "Strange Fruit" 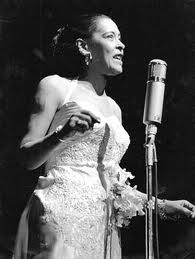 Recently, I taught Billie Holiday’s signature song, “Strange Fruit,” in my Critical Trauma Studies course in a harrowing session on lynching. My graduate students had prepared for class by reading David Margolick’s slim, captivating volume Strange Fruit: Billie Holiday, Café Society, and An Early Cry for Civil Rights, along with scholarly articles on the history, politics, and cultural representations of lynching. We discussed these materials in class, viewed with varying degrees of horror and shame the haunting images at Without Sanctuary, and listened to Holiday’s Commodore Recordings of “Strange Fruit” along with covers of the song by Josh White, Nina Simone, Cassandra Wilson, India Arie, and Sting.

The students were deeply moved, and they had a great deal to say. And yet, although this was not the first time I taught “Strange Fruit,” it may well be the last.

As a feminist, a longtime jazz aficionado, and an avid listener of Billie Holiday, I find myself—fifteen years after first teaching the song—frustrated by the persistent distillation of the singer’s life into a neat and tidy category called “race and trauma.” As if everything about Billie Holiday, from her drug use to her ruinous relationships to her musical legacy, can be framed through this particular lens. It is easy to see why Holiday is considered a tragic figure: she lived hard, died young, and sang sorrowful songs. But my complicity in this framing (lynching song as teaching tool, Billie Holiday as racial signifier, singer reduced to trauma) disturbs me and unsettles how I’ve thought about this song for so long. And I am challenged to wonder how I—how we—might find new ways to narrate a legendary woman’s complicated life.

I am acutely aware of my precarious position as a white woman suggesting a realignment from the vantage of race and trauma (or, more critically, “race” and “trauma”). My stomach churns a bit as I compose this essay and I feel slightly short of breath, although this may partly be because I’ve listened to “Strange Fruit” so often in recent weeks. But I am also somewhat emboldened by Angela Davis, who in Blues Legacies and Black Feminism suggested that Holiday, along with Bessie Smith and Gertrude “Ma” Rainey, could (and should) be seen also as embodied sites of feminist, working-class consciousness, gendered as much as raced. Indeed, Davis describes her book as “an inquiry into the ways their recorded performances divulge unacknowledged traditions of feminist consciousness in working-class black communities.” 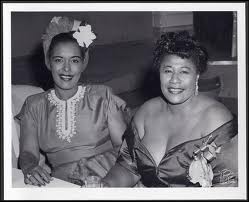 Undoubtedly, “Strange Fruit” is good to teach with; it is considered by many to be the definitive protest song precisely because it invokes race and trauma. For example, it’s the first entry in Dorian Lynskey’s epic volume 33 Revolutions Per Minute: A History of Protest Songs from Billie Holiday to Green Day. Holiday’s rendition, so poignant and raw and saturated with pain, evokes another time and place and yet is still utterly relevant to race relations in the United States. Post-racial/post-racist America is a myth, always already fractured from the inside out by shards of slavery, the prison-industrial complex, immigration “reform,” the death penalty, and everyday perils of neighborhoods that watch. We are, still, a land of signifying hoods and hoodies.

“Strange Fruit” and the story behind it are rich, compelling, emotionally complex, and somewhat mysterious—precisely the qualities that attract curious students. From Margolick, we learn that while the song was long considered to be Billie’s (even by the singer herself), it was actually written by Abel Meeropol, a left-wing Jewish teacher who composed under the less Semitic-sounding name Lewis Allan and is perhaps best known for adopting the children of Julius and Ethel Rosenberg after their execution. The song was first published as a poem, “Bitter Fruit,” in the union publication New York Teacher, sung amongst Jewish left-wing activists including Meeropol’s wife Anne, and eventually offered to Holiday through Café Society’s Barney Josephson.

Almost all written accounts of Billie Holiday singing “Strange Fruit”—whether the storyteller was in the room, heard about it from somebody else, or researched it—resemble each other to a remarkable degree. The lights would be brought down except for a single spotlight shining on the regal, rather fragile chanteuse and a hush would fall over the crowd for what was almost always the final song of the night. (If people didn’t quiet down, the singer would haughtily, often angrily leave the stage.) Holiday would still her body, allow the song’s first aching chord to emerge, and then her husky lament would wash over listeners:

Blood on the leaves and blood at the root,

If a song can be both beautiful and brutal, poetic and haunting, then “Strange Fruit” is it. And here we are, right back in the realm of race and trauma. 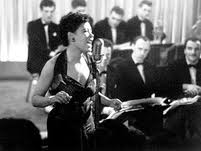 The first Billie Holiday song I remember hearing was “I’m A Fool to Want You.” I was a college student in Chicago, exploring the city of my birth and figuring out what it meant to be an adult, a woman, an intellectual, and a political human being. On campus, we were reading the classics and advocating for South African disinvestment, while off campus some of us were frequenting the Checkerboard Lounge to hear legends like Buddy Guy. In my dorm room late at night, I would read, think, and write while Holiday’s Lady in Satin played softly in the background. Her music was as much a part of my undergraduate life as Regenstein Library, the Seminary Co-op Bookstore, all-nighters, and Miami Vice on Friday nights.

For me, a white, working-class girl from Chicago who ultimately married (and later divorced) my college sweetheart, Billie Holiday’s music did not initially evoke race and trauma. To my young adult ears and yearning heart, her songs were about love and its many faces, rainy weekends curled up in bed, Paris in the springtime, and stickin’ with your man no matter the heartache. Romantic desire was all wrapped up with grief and loss, and there was something profoundly alluring about that. For almost three decades, for me Billie Holiday has gone hand-in-hand with hot tea, stormy days, and ruminations on the meanings of love and life.

Yet as I grew older and more mature, and as I listened carefully to the lyrics and emotion in her voice, I began to detect the deep sense of tragedy underlying so much of her oeuvre. There was some essence clinging to the words that was more chronic and abject than the mundane blues. In my late twenties, while preparing to teach “Strange Fruit” for the first time, I had an epiphany and thought, “Wow, this woman has seen some pain.” For a period of two months, I listened to her songs over and over again, especially drawn to “God Bless the Child.” And in this incessant listening, I understood an embodied, piercing sorrow in the singer that had earlier eluded me. 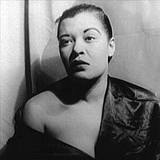 Since then, I have continued to listen to Billie Holiday (along with Nina Simone, Ella Fitzgerald, and a host of other jazz favorites) with a kind of acoustic affect that is equal parts joy and lament. Sometimes the music thrills me, other times it makes me smile with pure musical pleasure, and still others it chills me to my core. (“Strange Fruit” never fails to torment.) As I have developed new and different ways to appreciate Billie Holiday’s music, I have also “troubled” my own assumptions about her life, including my current desire to move away from an exclusive focus on race and trauma. And I have continually pondered how Holiday “travels” as a cultural signifier, and how her music and life can be shared with and across different generations.

These days, both of my daughters listen to Billie Holiday once they’re ready for bed (although sometimes Adele finds her way into the CD player of the 10-year old). The mellow chords of Lady in Satin soothe Delaney to slumber, while Mason enjoys Billie’s Best with its jaunty beginning track, “What a Little Moonlight Can Do.” The other night, Laney was having trouble falling asleep and wanted me to linger a while. She looked up at me with her big brown eyes and remarked pitifully, “I feel better when I’m not alone.” To which I replied, “But you have Billie Holiday to keep you company.” She frowned a little and said, “But her voice is so lonely and sad.”

It is true that Billie Holiday’s musical legacy is shrouded in the doom and gloom of race and trauma and their knotty intersections in U.S. culture. Maybe this is even “right” at the level of American history and musicology. It is also true that her voice was “lonely and sad,” especially on Lady in Satin, her penultimate album, when her vocal chords had become ragged. And maybe “Strange Fruit” still can be a useful pedagogical tool. But I have to come believe that reading the singer’s legacy primarily through a lens of trauma transforms her into a kind of spectacle, not unlike the racialized showcase of lynching itself. Billie Holiday was a woman, not a song. And she was/is not merely the embodiment of historical trauma. 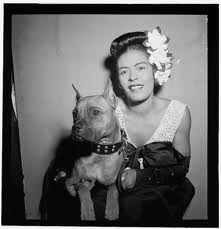 Billie Holiday was beautiful. She loved and was loved, even if some of that love was tinged with heartache and risk (because isn’t it always?). She had a dog named Mister. And she wore white gardenias in her hair. She was, in short, a complex human being. Our stories about her should be layered, complicated, and attuned to the pleasures in and of her life as much as the pain.

On her birthday–and indeed every day–Billie Holiday deserves to be more than just an icon of trauma.