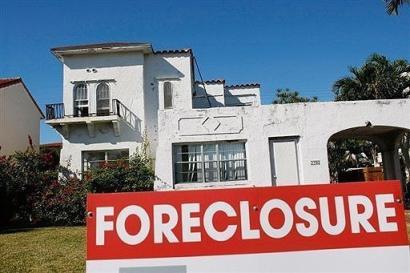 Banks are doing a much better job maintaining homes seized in foreclosures in predominantly white neighborhoods than in mostly black and Latino neighborhoods, according to an investigation by an advocacy group.

The investigation, conducted between May 2011 and February 2012, was funded in part by a grant from the federal Department of Housing and Urban Development. The report compared white and minority neighborhoods in Atlanta; Baltimore; Dallas; Dayton, Ohio; Miami-Fort Lauderdale; Oakland, Calif.; Philadelphia; Phoenix; and Washington. Smith said government mortgage agency Fannie Mae is providing additional funding to extend the inspections into other area.

The reviewers looked at 39 criteria in rating the level of property maintenance, including accumulated trash, overgrown weeds, damaged windows, steps or roofs, graffiti, peeling paint, missing shutters or gutters, and other visible signs of disrepair. Homes surveyed in minority neighborhoods were 82 percent more likely to have boarded-up or broken windows, for example.

The group said lack of adequate maintenance can have a lasting impact on neighborhoods because potential home buyers considering living there are put off by streets lined with run-down houses. The lack of maintenance also puts a burden on municipalities with high concentrations of homes in disrepair, the report noted.

The city of Detroit, for example,  spent some $20 million between May 2009 and November 2011 to demolish almost 4,000 vacant properties, according to a report last fall by Government Accountability Office.  That report cited complaints from local officials and community groups that said more funds and tougher oversight federal regulators are needed to force banks to comply with local property maintenance codes.

The group, a consortium of more than 200 groups, agencies and individuals, said it plans to file complaints with federal housing authorities, alleging discrimination under the Fair Housing Act, against banks that are not maintaining properties. The group did not identify the banks.