On "Liberated Sex" and Other Myths – The Feminist Wire

Home / Culture / On "Liberated Sex" and Other Myths

On "Liberated Sex" and Other Myths

At my book reading in New York last month, renowned sex therapist and activist Leonore Tiefer told me (in her brilliantly frank New York accent) that you can’t sell books when you tell people bad news (or “the unvarnished truth”). I had just given a talk to room of fifty people—mostly women, mostly young, splashed with a few oddballs (like the guy who argued incessantly that women need penetration to cure them of fantasizing)—and, while I got interesting questions, some genuine engagement in the topics discussed, and more than a few smiles and encouraging laughs, I left with a feeling of unease. As Leonore said, I had given the room bad news. I told them, in fairly elaborate detail, that we as women were not as sexually “liberated” as we imagined ourselves to be and that today’s notion of women’s sexual empowerment only signifies a repackaging of the same-old patriarchal norms. 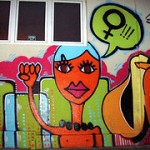 Maybe I came of age reading too much Foucault (at the notoriously lefty Occidental College, they routinely taught courses like “Stupidity” and “The Phallus”), but I admittedly do enjoy wrestling with the various unmanageable, insurmountable problems women face in their sexual lives. Power is always already there. One cannot escape power. The conditions of lived experience reveal the power structures that contain it. Power operates invisibly and thus becomes even more dangerous. I get antsy when people resolve dissonance, clean up the messiness of theoretical and political arguments, or even feel better. Feeling better bores me when it means denying complexity (and I am fully aware of the deep irony of admitting this as a practicing clinical psychologist). “Feeling better” is a hard-earned, necessarily temporary, and often futile project of the self, particularly when negotiating terrain as complicated and problematic as sexuality. Looking squarely at the immense odds women face when trying to find pleasure, balance, and satisfaction, consider that we must account for our bodies (often riddled with shame narratives), partners, families, domestic and job demands, cultural norms, media messages, and social scripts, not to mention the general unhinging of society as we know it (e.g., the financial system collapse, job losses, communities in shambles, homeland (in)security, terrorizing brown people).

Sexual liberation is a sticky wicket.

Women fake orgasms at alarming rates, with over half saying they do this regularly. When asked why they fake orgasms, women typically say three things: they want to please their (male) partners (though lesbian and bi couples also find themselves faking it, sometimes doubly, along with their partners); they want to end the encounter faster, often because they’re exhausted; and they want to feel normal. Women fake orgasms out of love, generosity, and compassion, and they fake orgasms out of selfishness, resentment, fatigue, and the belief that “good” women ought to orgasm. When they do have orgasms, women typically describe them as a “gift,” that is, something their partners give them rather than something they have (something like the “stork” story of childbirth). By contrast, women do not give men orgasms, at least linguistically. The bottom line: if we’re so liberated, why must women who sleep with men go to exceptional lengths to treat men as better lovers than they often are? And why do many women do this, regardless of their sexual identity, at their own expense, often out of impulses of love?

Scenario 2: The “faux” bisexual. Much of my work has examined the ways that discourses of liberation and empowerment change, shift, and move in response to appropriations and distortions of that rhetoric. In other words, I outline how things labeled as “liberated” or “empowered” become direct targets for right-wing assaults and clever (patriarchal) reversals. In my research on women who hook up with other women at parties in front of their boyfriends (and other men), I found consistent results: first, women do this because they feel men want them to; second, they rarely engage in public “bisexuality” outside of men’s involvement; and third (most frighteningly), women hooking up with women at parties does not translate into women’s identification as queer or bisexual and does not predict left-leaning and progressive political views on LGBTQ rights. In short, this “performing” bisexual woman routinely denies her bisexuality and often hates queer people. This paradox reveals how something once considered rebellious and even radical (same-sex eroticism) can swiftly become a tool in service of hetero male dominance.

As a third example of supposed “liberation,” consider that major pharmaceutical companies like Pfizer have invested significant sums of money to develop the female equivalent of male Viagra. These efforts have largely failed, leaving drug companies scratching their heads about the curious clinical trial outcomes: female Viagra easily and efficiently created markers of women’s physiological arousal (lubrication and swelling), but those heterosexual women still did not want to have sex with their partners. Apparently, for men, this equation worked differently, as hard penis equals desire for sex; for women, wet vagina equals…ambivalence? This “failure” upset drug companies and inspired them to invest in drugs to induce women’s sexual desire. Yes, the new target for pharmaceutical intervention is women’s “sluggish” desire for their male partners. To do this, new waves of invented diseases, symptoms, and disorders will emerge (“clitoral numbing disorder,” anyone?) to convince women both that they are sick and that they need a pharmaceutical kick-start (much like the newly-invented genital plastic surgery market selling “g-shots,” labiaplasties, “rejuvenation,” vaginal tightening, and fresh hymens). 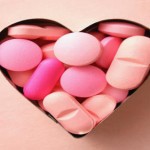 So what now, people often say. How do we address the magnitude of these problems and still manage to enjoy sex? As I said earlier, my book offers far more bad news than good, and far more problems than solutions, but I would argue as a tentative call-to-action the following plan: As a starting point, let’s stop saying we’re “liberated” and “empowered” as a blanket term.  Feminists, sex-positives, and progressives in general have indeed made much progress, but all progress can and will be appropriated by the forces of conservative backlash. Consequently, we need to get smarter and savvier when envisioning sexual freedom; further still, this vision will require reappraisal over time. 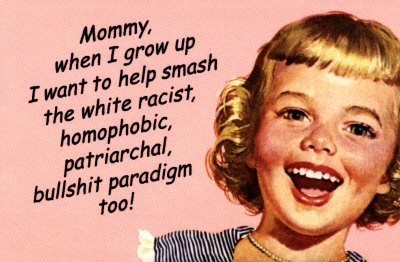 Next, the rhetoric of “choice” (“I chose to do this and therefore I should not be criticized by other feminists”) must be discarded; instead, let’s keep tackling the difficult issues via critical attention toward the self, other, and society. While it’s undoubtedly true that certain groups have had to fight harder to depathologize their sexual choices (e.g., the BDSM community, LGBTQs), this cannot mean we stop devoting critical attention to what these choices, and other more “mainstream” choices, signal. As such, allies and coalitions designed to perpetually disrupt and transgress the borders between “good” and “bad” sex, “moral” and “immoral” bodies, and “healthy” and “unhealthy” sexual behaviors seem far more fruitful.

Finally, I return to Foucault to offer two contradictory statements, both of which carry elements of truth: “We are freer than we feel” and “Things constrain us that we cannot yet see or sense.” As sexual beings, women personally and collectively face this contradictory reality on a near daily basis—we are freer than we feel, freer than the toxic garbage dump in our heads and on our television screens would suggest, freer still to imagine something new. At the same time, we must keep a keen and watchful eye on the ways sexuality gets distorted and used against women’s agency, empowerment, and liberty. Sitting uncomfortably between these positions, we can continue to do the hard work of undoing and remaking our realities, both as individuals and as a collective. 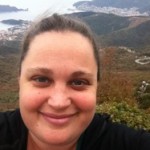