I'm Not Your Spicy Latina – The Feminist Wire

I'm Not Your Spicy Latina

I am a Hispanic woman. What I am not is someone who wants to be fetishized for this. I am not an exotic prize to be won.

There is no need to address me as mami, muñeca, or any other Spanish phrase. I often wonder if the people who start off their messages to me with “hola” always greet people that way. I’m guessing not, since it’s usually a message filled with phrases that call attention to me being Hispanic that are an attempt to flatter me.

I’m also not flattered by the men who yell “culo” at me on the street. Do they know they’re just yelling “ass”? I think most women have encountered this kind of sexual harassment. But I do notice that when women of color are harassed in this way, their race or ethnicity is acknowledged.

Women of color have to contend with both sexism and racism. This racism is usually masked and accepted. I’d argue that it’s even marketed, especially in pornography. I’ve come across many titles or descriptions containing phrases such as: ghetto booty, yellow fever, and spicy Latina.

I am not going to live up to the idea of the spicy Latina that pornography has created. It’s a fact that I am a very sexual person. It isn’t a fact that all Hispanic women are sexual. This kind of generalization of women of color and their sexuality isn’t limited to pornography or even media.

One just needs to look at the history of women of color (especially in America) to see how this racializing of sex plays out. Colonizing land usually also meant colonizing the women inhabiting that land. They were described as uncivilized, hypersexualized, sexually inferior, and savage. Now contrast those descriptions to images of the pure white women that were upheld. The rape of women of color was then seen as no big deal, from the time Europeans settled in America to the time of slavery, and one could even argue to the present day. Rape was, is a part of women’s subordination.

Of course, I am not claiming that anyone who fetishizes women of color is a rapist. What I am trying to do is call attention to the value (and the kind of value) placed on certain bodies. Women of color are exoticized and sexualized, but they aren’t valued. Don’t believe me? Consider the eugenics movement and sterilization abuse that happened in the early twentieth century.

So when people tell me I must be a “spitfire” or a “freaky girl” in bed because I am Hispanic, I am not at all flattered. They’re working on stereotypes created long ago to subordinate women of color and cast them as the inferior “other.” What’s frustrating is that people are not aware (choose not to be aware) of these stereotypes and where they came from. No matter how accepted stereotyping people seems to be, I take it as another way my body and sexuality are disciplined by others and my agency taken away.

I am not trying to tell people they can’t identify in any way they want. If people wish to fetishize their own race, ethnicity, or culture, that is totally fine. What I have a problem with is others doing it to me, and the dangers of generalization. In writing this, I am also not claiming that white women face no problems. They indeed do, but women of color face many issues that white women do not because of their racial privilege.

The spicy Latina is an image I had no part in creating. And yet I’m told to fit into this subordinate role. I’m not flattered because I am not your spicy Latina, nor do I ever want to be.

Anyone who wishes to read more into the history of sexuality should check out Intimate Matters: A History of Sexuality in America by John D’Emilio and Estelle B. Freedman, which is very broad and informative. Major Problems in the History of Sexuality, edited by Kathy Peiss, is also a great source with essays as well as primary documents. 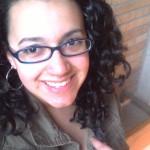 Shantyana Lledin is an undergraduate at Simmons College where she’s majoring in history with a focus on women and gender. She hopes someday to pursue a career in sex education and empowerment and is currently training for an organization that provides services to survivors of partner abuse. She identifies in many different ways but has found comfort in calling herself fluid, never really settling with one label or category.