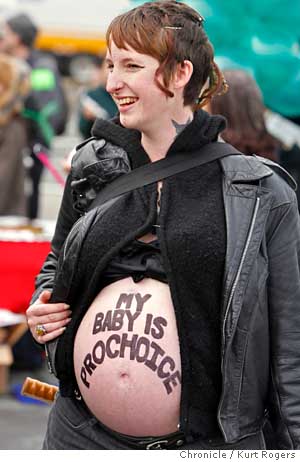 An Oklahoma judge on Wednesday struck down a state law requiring women seeking abortions to have an ultrasound image placed in front of them and to listen to a detailed description of the fetus before the procedure. District Judge Bryan Dixon ruled the statute passed by the Legislature in 2010 is an unconstitutional special law because it addresses only patients, physicians and sonographers dealing with abortions and does not address them concerning other medical care.

Former Democratic Gov. Brad Henry had vetoed the bill after it passed the state’s Republican-controlled Legislature, warning at the time that the measure likely would lead to a “potential futile legal battle.” Republicans had managed to override the veto with support of anti-abortion Democrats. The author of the ultrasound statute, Rep. Lisa Billy, R-Lindsay, said she was disappointed with the ruling.

Related Items
← Previous Story "The Word" in Two Movements
Next Story → Circle Of 6 App: Stopping Sexual Violence Before It Happens