Circle Of 6 App: Stopping Sexual Violence Before It Happens – The Feminist Wire

Circle Of 6 App: Stopping Sexual Violence Before It Happens

I live in a city where the death of college student Yeardley Love and the conviction of her classmate George Hugeley for second degree murder, loom large. How, so many asked, could this have happened? Where were the parents? Where were the teachers? Where were the friends? And yes, why didn’t she end it?

This sad story is made only sadder by the fact that what may have occurred between these two people, in terms of abuse, violence or the threat of violence, prior to Love’s death, is not especially uncommon on college campuses (or out of them). That two white, privileged people were involved meant that the case received media attention that it wouldn’t otherwise. But, every day in the US, and other countries, similar situations of unhealthy, destructive and often dangerous relationships and interactions, are played out both on and off college campuses and many of them result in death.  Take a look at these US statistics from the US Department of Justice study on sexual crimes often shared by student health centers, such as New York University’s:

A study conducted by National Institute of Justice found that survivors of rape (and this was under the old definition, not the new) knew their attackers as: Fellow classmates (35.5%); Friends (34.2%); Boyfriends or ex-boyfriends (23.7%); Acquaintances (2.6%).

In 2000, this study by the National Insitute of Justice found that one in 12 college men admitted to committing acts that met the legal definition of rape (they may not have realized what that legal definition was and therefore did not feel they had raped); 35% of men report some likelihood that they would rape if they could be assured they wouldn’t be caught or punished. That was twelve years ago, so I doubt the numbers are significantly different given last December’s disturbing findings about rape in general. In addition, allthough these studies date from 2000 and 2005, the 2010 CDC National Intimate Partner and Sexual Violence Survey and related surveys available on their site confirm and expand these findings. Because of a redefinition of rape at the end of last year, the FBI anticipates an UPSWING in the numbers of rapes reported.

Chances are, you have experienced wanting to extract yourself from an uncomfortable or subtly frightening situation where you felt the threat of sexual violence. Maybe been involved in a relationship that was unhealthy and already abusive but difficult to extricate yourself from? Or, maybe, you have a child in college and you worry about his or her ability to avoid becoming part of this staggering statistic.

So, what to do if you are living in this environment? Certainly not count on your salt of the earth Republican legislative representatives who are blocking passage of the Violence Against Women Act (not because they are anti-woman of course, they just want to make sure that any same-sex abuse isn’t covered.)

Here is a new technology tool to combat the threat of violence and assault: An iPhone application, Circle of 6, launched recently.  The app, the winner of the White House’s “Apps Against Abuse” Technology challenge,  allows users to reach a group of six trusted friends with clear messages for help in one to two clicks of a button. It is targeted for the college market, but anyone can use it.  There is nothing limiting the actual use of the application to college campuses.  It is designed to help men and women create support networks and communities on whom they can rely for help in both immediately threatening situations and more entrenched, relationship-based ones.

“Talking about sexual violence can be very difficult. As a health educator, I’ve seen that it’s often easier for people to reach out for help from behind a screen. Circle of 6 offers a free way to stay safe and support your campus community, with the ease of a few clicks on a smart phone,” said co-creator Deb Levine, Circle of 6 co-creator and Executive Director and Founder of Internet Sexuality Information Services, Inc. (ISIS).

Circle of 6 Anti-Violence App for iPhone from Nancy Schwartzman on Vimeo.

The app includes a GPS finder and messages that can be sent to the preprogrammed group of people. For example, a woman at a party who may be surrounded by people she does not know, who feels uneasy about her situation or has an instinct that there is potential for harm, can push a button to alert a friend to call and interrupt her or to “come and get me.” The two pre-programmed hotlines are for 1-800 numbers in the U.S., but you can create a 3rd custom number of your choosing, which can suit your location internationally.

“College students today live on their mobile phones, and they move in tight-knit online and offline social networks,” said Nancy Schwartzman, Circle of 6 co-creator and Executive Director of The Line Campaign, Inc. “Circle of 6 is a tool that meets young people where they are and offers concrete strategies for supporting each other, whether safety threats are coming from intimate relationships or potentially dangerous social situations.”

Technology like this enables organizations, like Men Can Stop Rape, which works to engage young men to take a more active role in stopping sexual violence, and the American Association of University Women, which has published a Sexual Assault on Campus “Program in a Box” to be even more effective. Eight thousand people have downloaded the app and thousands more signed a Facebook pledge to work to stop sexual violence on campuses. 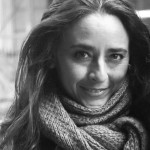