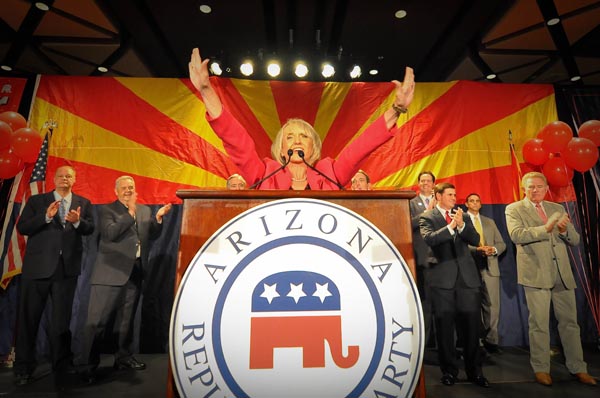 Arizona governor Jan Brewer signed a bill on Thursday that prohibits abortions in the state after 20 weeks. The bill, passed earlier this week by the state legislature, essentially bans abortions after 18 weeks because gestational age of the fetus will be calculated based on the last menstrual period of the woman.

In a press release (PDF), Governor Brewer defended her decision, saying “this legislation is consistent with my strong track record of supporting common sense measures to protect the health of women and safeguard our most vulnerable population – the unborn.” Arizona Senator Linda Lopez responded to the law, saying “once again, (Brewer) and the Republicans in the Legislature have decided that they know better than women. They are again saying that women are incapable of making those decisions.”

Related ItemsCultureFamilyHealthPersonhoodPoliticsReproductive RightsU.S. PoliticsWomen's Health
← Previous Story Komen Grants Flowing to Planned Parenthood
Next Story → What Year IS this Anyway?: Musings of an Ex-Catholic as Politicians and Priests Fight over Women’s Reproductive Rights