Dear Trayvon…You Will Not be Forgotten – The Feminist Wire

Home / Uncategorized / Dear Trayvon…You Will Not be Forgotten

Dear Trayvon…You Will Not be Forgotten 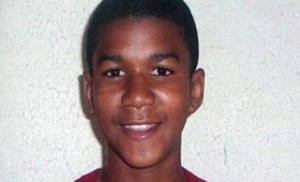 Most numbing of all is that there is nothing strange about what happened to you.  Our boys and men have long been the fruit of strange violence.  If you listen closely enough, you can hear your footprints stealing through history, marking a trail of Black bodies that extends from the concrete ground that absorbed the shock of your falling body to howling hounds hunting the scent of men along riverbanks and through dense forest trees.  Some would like to believe that what happened to you is strange and out of sync with these progressive times.  It is for them, indeed, an aberrant event visiting ghosts upon an otherwise race-less moment in history.  Perhaps, until the moment you found yourself being stealthy pursued by a man almost twice your size as you walked back from the convenience store, skittles in hand talking casually on your cell phone to your girlfriend, you believed such an event unthinkable, impossible even, in your lifetime.  It is after all, a lifetime in which you witnessed the election of a Black president.  A president who, so far, remains notably silent about the predator that stalked, accosted, and assassinated you remorselessly during the half-time break of an NBA basketball game.  One can only remember a short time ago when President Obama quieted his comments over the arrest of noted Harvard Professor, Skip Gates, who was arrested for disorderly conduct as he expressed outrage for being mistaken as an intruder entering his own home.  We cannot be quiet.  Nor, can we just speak for you.  For it to be heard and felt, we have to speak to you.

When I think of you walking, probably smiling and laughing as you chatter back and forth with your girlfriend, I think of the kids I see walking home from school every day in my neighborhood.  They too are laughing and smiling, sometimes shouting and being loud in the way that only kids can be when outside the strictures of school or home or adults.  I think of them and think of all my many walks to and from school, sometimes with friends and sometimes alone, and the youthful freedom filling that space between one destination and the next.  I imagine as you strolled to and from the store, you too were feeling light and free.  I bet you couldn’t wait to get out of the house and get your girlfriend on the phone.  And so, as I think of you, also thinking of the kids in my neighborhood and the kids my friends and I used to be, I cannot help but to smile.  After all, there is nothing strange about kids walking in their neighborhoods, nothing strange and certainly nothing that poses the imminent threat of danger.  But, that, it seems, is a matter of perception. 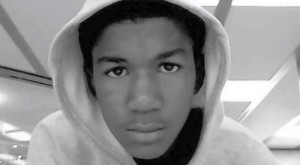 George Zimmerman, the man who murdered you, obviously thought it strange that you, a 17 year-old Black boy, would be walking through his neighborhood.  It was clearly inconceivable to him that his neighborhood could be your neighborhood as well.  As far as he was concerned, you simply did not belong behind the pansy lined gates that quarter off The Retreat at Twin Lakes in a private refuge free from the nuisances and dangers that our society assumes are bred in only open public communities.  Zimmerman appointed himself to protect the sanctity of this private community from anything suspicious and threatening.

As the new sheriff in town, Zimmerman bestowed upon himself the right and responsibility to investigate, question, and pursue anything he determined to be out of place, or in your case “(any) guy that looks like he’s up to no good or he’s on drugs or something.”  Now I have to say, I find it highly implausible that walking back to your father’s house with a bag of skittles and a can of iced-tea, you looked anything remotely like someone on drugs or a candidate for being up to no good.  I don’t know too many A and B student athletes that exude that type of demeanor; in fact, most kids don’t exude that demeanor. Zimmerman never described any behaviors or actions that would condemn you to “being up to no good.”  How then did Zimmerman conclude that you, 17 year-old Trayvon Martin, should be the next suspect in a long series of suspects he had diligently tracked as out of place in his gated community for over a year?  Simple.  He didn’t look at you and see his friends or himself, see just a kid walking down the street.  He did not look at you and smile.  Zimmerman saw an “A…hole, that always get away.”  His racialized gaze set on your young Black male body allowed him to criminalize you before any crime was committed and to murder you in cold blood with one gun shot.  It was not that you did anything wrong, that there were actions one might interpret as threatening.  No not at all. The suspicion that descended upon Zimmerman as he watched you walking toward home was not the threat of your actions.  You were the threat.  Under the heat of Zimmerman’s imagination, which had already scripted out a scene filled with burglaries and vigilante violence, you did not have to act.  You simply had to be. 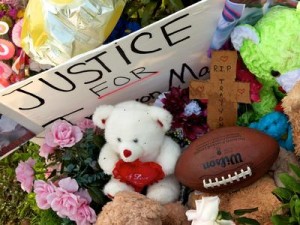 There are so many issues, problems, histories, and beliefs that have been woven together over time to arrive at the point where you could be returning innocently home from a walk to the store and be murdered in cold blood without the law coming immediately to your defense.  Perhaps you were beginning to learn about some of these things in your history or social studies or political science classes at school.  You may have learned that historically Black people, Black men in particular, have been accused, convicted and murdered for crimes based on the testimony of a single white person.  This included all sorts of things, such as the notion of trespassing on private property, which is the offense on which Zimmerman’s claim to self-defense seems to rest.  You crossed the “gates” and, as a result, Zimmerman had the right to stop you and ask you what entitled you to be in “this community,” in much the same way that during slavery Blacks were required to show papers proving their freedom and rights to move about without the supervision of a “master.”  You may have also heard that race doesn’t matter anymore, that the Civil Rights movement resulted in the elimination of laws and practices that permitted discrimination and violence against Black people and other people of color in this country.  When President Obama was elected, someone may have likely said to you, your friends, or your classmates, “See racism doesn’t exist anymore.  You can do anything you want to do, be anything you want to be.  All you have to do is work hard and stay out of trouble.”  It seems that is not true.  You could not walk to the store and return home safely. 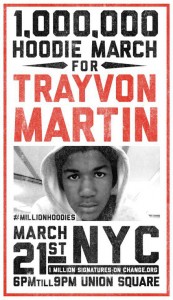 I can only imagine the fear you felt as Zimmerman followed you, terrorizing you as you tried to remain composed and walk calmly home.  That your day went from teenage pleasures like basketball, skittles, and your girlfriend to being confronted at gunpoint by a cunning hunter marauding as the neighborhood watch is, without question, an act of terrorism. I am a Black woman who thinks every day about the safety of the Black men in my life.  Every one of them is you.  I cannot express the sorrow the world is feeling that your life was taken by such calculated idiocy and that your final breathe was soaked in fear.  As I write this, your community, at home and in places you had yet to see or learn about, is mobilizing to bring justice to you and your family:.  Yes, dear child we are coming out for you in hoodies and bringing the power of the people, our organizations, and leaders to the front line to demand that George Zimmerman is tried and prosecuted for his crimes against you.  We do this as a testament to you and all of our children.  We do this in love, in solidarity, and in protection of every Trayvon Martin in every neighborhood on every block.  You will not be forgotten. 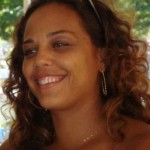 Author Note: Dr. Lauren Wells is a scholar, writer, social activist and community organizer. She is holds a PhD in Education from the University of California, Los Angeles, MA in Educational Leadership from Teachers College of Columbia University, and a BA in English from Temple University. She is the Director of  The Broader Bolder Approach to Education, which is an initiative of the Metropolitan Center for Urban Education , Steinhardt School of Culture, Education and Development at New York University.