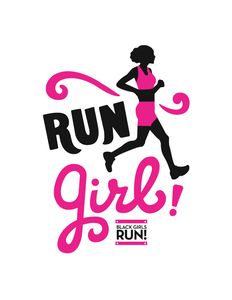 Whereas gyms often feel like places of tremendous judgment, with its pictures of hard, slender bodies on their walls, mirrors strategically located throughout, and an overall culture that privileges the “beautiful,” BGR works to create a space free of criticism.  While enhancing the exercise experience, the efforts to resist the socially constructed markers of beauty and athleticism, fitness and desirability, represents an important intervention individually and culturally.  “BGR provides a safe, no-judgment zone for beginners and those getting back into a consistent routine of walking/running,” notes Tiffany Cullens of Columbus, Ohio.

Describing the organization as a “nation,” “family,” a “movement,” and sisterhood by its members, BGR offers a community that transcends age, class, geography, and most importantly level of expertise.  It offers not only a supportive space but also one that values all its members.  Whereas exercise is so often framed around achieving a Hollywood body in an effort to fulfill dominant standards of femininity and masculinity, BGR values exercise and the power of a community with a shared goal of running or walking.  “I’m always amazed by all the different body types that come out every weekend. Big hips, big thighs, round bellies, as well as slim, lean, what you imagine is the “typical” runner’s body,” notes Leigh Raiford, a Bay Area BGR member.  “There are women who perhaps you’d never think could run more than a mile, have done half-marathons or even full marathons. For me this has translated from a desire for a more perfect body to pleasure in feeling strong and healthy. I may not have a bikini ready figure but I’m taking care of myself in ways that truly matter.”  Raiford brilliantly compared BGR to both the black church and hair salons given the shared emphasis on community, betterment, and sisterhood: “For someone like me who doesn’t go to church, who has a short fro and doesn’t go to the hairdresser, and who is a transplant to the Bay Area, I don’t have a lot of opportunities to hang out just with black women. So BGR has provided community for me in ways beyond running.”  Similarly, Darlene Baltimore emphasizes the safety and support offered by BGR:

I think why so many women are drawn to BGR! is because we are so much more than a running group. We are a sisterhood, support group, and safe haven for all women who want to get fit and live a healthier lifestyle. BGR! welcomes all levels of fitness from walkers to marathoners. We don’t compete against each other, but inspire and motivate each other to reach our individual goals—whether it’s walking a mile or running a marathon. The name itself is appealing because immediately a black woman can identify.

Yolanda Jones, the Ambassador for the Colorado BGR group, concurs, “I believe it gives the ladies a sense of belonging. I have now found a group of other black women who like myself like to run, jog or even walk. It gives them a community to go to something that now says ‘I am now connected to others who look like me and have common goals.’” To say that this is a community of runners, a community that supports and nurtures a love of running, would be understatement.  Operating at both a local and national level, the BGR community is one of support in the face of public erasure of black women and the ubiquitous demonization of black women’s women bodies, whether Serena Williams or Michelle Obama.  Beyond challenging these stereotypes and larger forces of systemic racism/sexism, BGR provides its members with an environment apart from the daily rhetorical (and real) violence experienced by African American women. 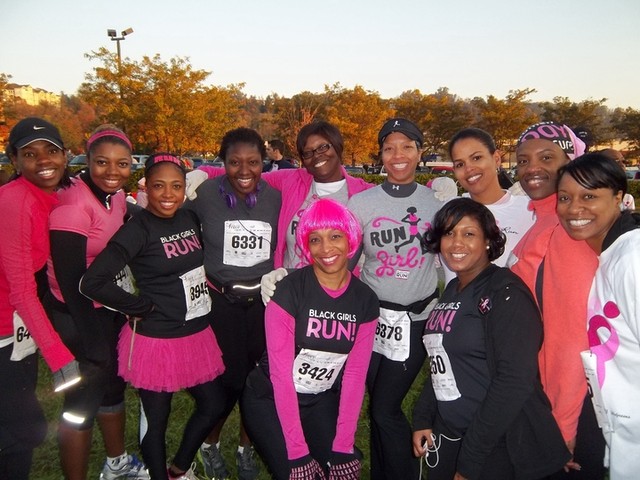 While often dismissed as a running group, BGR is much more.  Regina James, who highlighted the interventions and resistance offered from her participation in the organization, focused on the power of the group given the realities of racism and sexism in America:

I feel it’s important for us to train together. Most of us live and work in environments where we are ALWAYS the minority. It’s nice to have a place where we are a majority. We can just be ‘us’ (whatever that is) and be totally accepted. That is powerful.

We challenge the narrative just by being ‘there’. Most white runners I’ve talked to mention that there aren’t many Black runners at races (except Africans, who win the majority of distance races). Thanks to BGR and the NABM (National Association of Black Marathoners) I know I never have to be the only Black face in a sea of 30,000 people lining up to run a race. If I post online that I’m doing a race or visiting a city, I can find others who will run with me.

While the dominant media narrative of black women’s health often focuses on pathology, dysfunction, and personal shortcomings, the stories told by the women involved with BGR challenges a culture of disparagement and demonization.  Yet challenging the accepted stereotypes isn’t of concern for the women of BGR whose focus remains on the next mile and nurturing a community of support during those long runs and after.  With each step, with each high five, and with each statement of support, the members of BGR demonstrate the power of community and the power to move forward even when others stand in the way.

BGR was recently featured in Runner’s World, the premiere magazine about/for runners.  The article resulted in tremendous publicity along with some surprising criticism.  Predictably, in letters to the magazine, readers lamented the unnecessary focus on race.  Describing running as a colorblind space, where race does not matter, and lamenting political correctness, quotas, and affirmative action, these readers reduced BGR to fit their own narratives about race.  Koritha Mitchell, a Columbus, Ohio BGR member, summarized the overall reaction to the article as dismissive and critical, questioning the group for focusing on insignificant issues.  She responded as follows:

A white runner goes to a race and everything he sees gives the unspoken but clear message that it is for him. Do you really think that that affirmation isn’t a big part of why you feel encouraged and supported as a runner? Do you really think that you just have the will to run, and it doesn’t matter that you also have all of that affirmative energy flowing your way? If you think that, then it is just more proof that the running world isn’t magically separate from all other social realities in this country. Whites are affirmed everywhere they turn but have the privilege of being blind to how much being white has to do with that affirmation and the resulting benefits.

BGR represents an intervention not only in a running world but also against the logics of racism and sexism, the realities of white/male privilege, and the broader culture of inequality and injustice. Given these interventions and the community that exists within BGR how can you not love what they are doing.