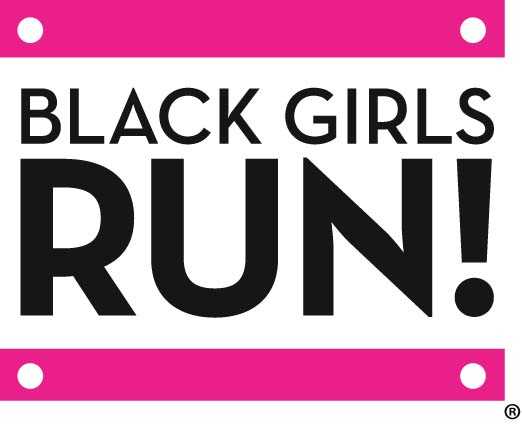 On the website “Stuff White People Like,” marathons are listed as #27.  It describes running a marathon in the following way:

To a white person, the absolute pinnacle of fitness is to run a marathon.  Not to win, just to run. White people will train for months, telling everyone who will listen about how they get up early in the morning, they run when it rains, how it makes them feels so great and gives them energy. When they finish the marathon, they will generally take a photo themselves in a pair of New Balance sneakers, running shorts, and their marathon number with both hands over their head in triumph (seriously, look it up, this is universal). They will then set goals like running in the Boston Marathon or the New York Marathon. If you find yourself in a situation where a white person is talking about a marathon, you must be impressed or you will lose favor with them immediately.  Running for a certain length of time on a specific day is a very important thing to a white person and should not be demeaned.

Playing upon widespread stereotypes about whiteness and African runners, Daniel Tosh celebrated the existence of marathons in racial terms: “The only reason marathons are still around is so 20,000 white people can chase three black guys through the streets of Boston like the good old days.”

This is the world I imagined when I first started running a few years back.  As a white male, nobody ever questioned my “fitness” to run marathons, assuming, despite never being a runner, that it was a natural outgrowth of my past athletic endeavors.  Since then I have done several races, increasingly witnessing the level of racial, class, and age diversity evident within the running world.  Whereas both the Seattle Marathon (Rock n Roll) and San Francisco Marathon were overwhelmingly white, my recent race in Los Angeles challenged the widespread association between running and middle-class white identities.  My experience highlighted the diversity of runners (and Los Angeles).  I was surrounded by black and Latino youth, many who were running as part of the Students Run Los Angeles program. This challenging fact disrupts the celebrated whiteness associated with marathons.  Running is not limited to 5K or 10ks, half or full marathons, but is a daily practice that brings people together in myriad contexts.

The existence of Black Girls Run! (BGR) is yet another challenge to a narrative that sees running as a white activity and its erasure of people of color, offering a symbolic intervention all while creating a community of betterment with its investment in running, walking, and collective exercise.  Founded in 2009, BGR works “to encourage African-American women to make fitness and healthy living a priority,” yet in talking to its participants, it does so much more. 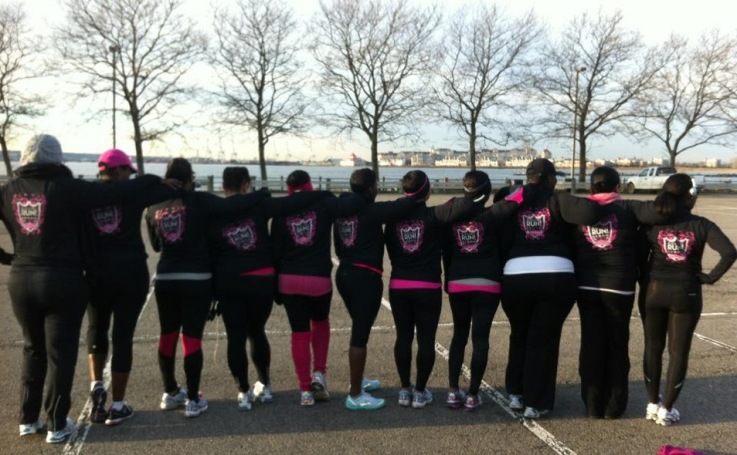 Throughout the media coverage of BGR it is celebrated as a movement that works to address black obesity and cultural shortcomings that purportedly discourages exercise and encourages poor eating habits.  Erasing the power of the organization, the media focus on pathologies obscures the power and focus of a group committed to supporting black women runners.  Contrary to this popular assumption, most of the respondents I spoke with noted a history of running and exercise, citing BGR as a nurturing community of support, and not one that taught or brought them into running.  While pop cultural representations and various surveys (Running USA Survey found that only 1.6. percent of runners identified as African American) of African American people  paint the running world as white territory, African Americans have always engaged in recreational running.  Adrienne White told Runner’s World how BGR challenged dominant media representations: “You flip through the magazine, and you just don’t see yourself.”  Similarly, Brenda Stallings lamented the erasure of black women from the public running imagination. “If we don’t see us, we don’t think that’s really for us. I read the magazine because it’s insightful, but I’m not going to look down there and see me.”  BGR thus represents a symbolic and material challenge to the white imagination as it relates to running.  It is the announcement of “we are black and we are runners” to a world and culture that so often sees runners as akin to whiteness.  This representational distortion not only erases the experiences of black women runners, but also contributes to a larger discourse that often paints health disparities as the result of individual failures–as opposed to structural inequalities and persistent racism.  Reflecting on the persistence of segregation where spaces of running lack diversity, and the elevation of white runners within media culture, BGR offers a powerful intervention.

While acknowledging a large community of black female runners and challenging the idea that black women don’t run is a central part of BGR’s agenda, the group’s work also has a material component.  Challenging both the erasure and health disparities, all while combating narratives that pathologize and blame the victim, BGR offers a powerful alternative.  Toni Carey and Ashley Hicks, co-Founders of BGR, described its mission, and its specific class and geographic historic orientation:

We grew up in Tennessee and Georgia, where traditional southern spreads are the norm (in the middle of the week) and being “healthy” has two different meanings. When discussing obesity in the United States, these states are always at the top of the list. But the times are a-changing and contrary to popular belief, obesity isn’t just a problem for the South. Obesity has become a nationwide epidemic. Cultural norms typically associated with the “Stroke Belt,” have spawned some very scary, but real statistics.

In 2009 we created Black Girls RUN! to encourage African-American women to make fitness a priority and become a more health-conscious society and subsequently aid in lowering the number of chronic diseases associated with an unhealthy diet. We wanted to dispel all the myths that we, along with other African-American women, had ever heard and believed. Like, being “thick” and “big-boned” were perfectly fine or having salon-fresh hair was more important than exercising, and our personal favorite: “black women don’t run” (recreationally).

Countering the erasure and the pathologizing that imagines African Americans as sedentary and therefore responsible for health disparities, all while encouraging black women to run as a collective, BGR challenges the assumption that black women are not already exercising.  Long before they joined the organization, many of its participants ran, walked, and engaged in physical activity.