Ashley/Amber: A Review – The Feminist Wire 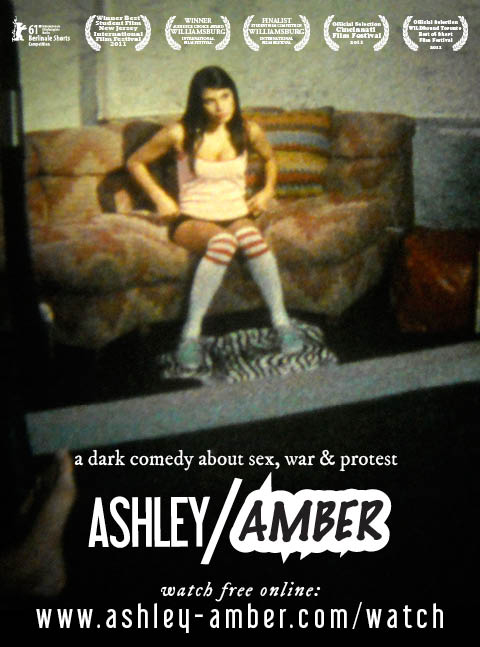 Director Rebecca R. Rojer’s short film, Ashley/Amber focuses on a young woman named Ashley (Diane Guerrero) who receives an overwhelming amount of attention when her starring roles as a porn amateur and, later, a war protestor are linked by vigilant web commentators.  Though this seems vexing enough, her troubles actually begin much earlier.  As the story unfolds, we learn that Ashley recently lost her boyfriend to war and now shares both her grief and her apartment with two of her lost loves’ buddies. Unfortunately, they aren’t much support. The hawkish pair are eternally transfixed before a military video game, in some sense rehearsing their friend’s death.

On the opposite side of the political fence, Ashley’s day job at a small, independent coffee shop places her in the company of fellow barista, Winona (Evalena Marie), an anti-war activist who wants Ashley to use the story of her boyfriend’s demise in the service of peace.  Near the beginning of the film, we see Ashley attend a meeting with Winona and her activist friends, where they debate whether certain voices, which they deem discrediting, obscure the meaning of their cause. This discussion reflects the themes of Ashley/Amber in microcosm. 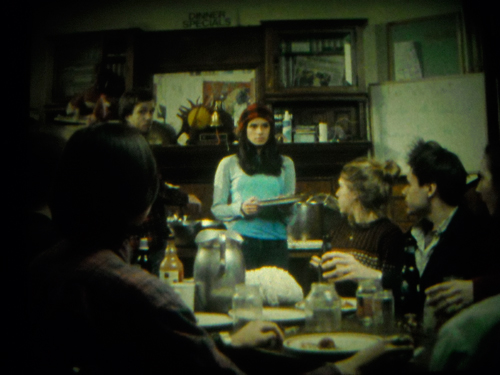 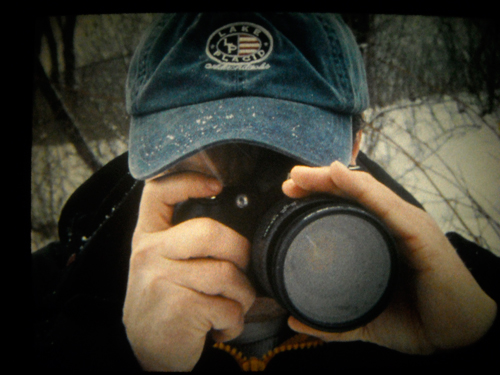 But pornography and theater are not the only places where roles, crafted for Ashley, mask her. The activists obscure Ashley too. A scene in which she removes her makeup and joins the anti-war agitators at their meeting is intelligent misdirection; we think we will now see the true Ashley. But there’s not much room for free expression here either―she hardly speaks to the activists directly. Her only long speech takes place in front of another camera, this time held by Winona, who also instructs Ashley on how to talk and where to be. We don’t even know if she’s satisfied with her political performance, whereas we know from a scene that takes place inside Ashley’s imagination that she at least enjoyed participating in the porno–even if she found the consequences chagrining. We have no such scene in the wake of her poorly attended oration on the terrible waste of war.

To be sure, Ashley isn’t simply split between protest and pornography. She also plays the widow for her dull-eyed roommates and acts politely chaste toward the hopeful bachelors at her coffee shop, as they slide their phone numbers toward her on scraps of paper. However, the most conflicting of her roles must be held separately if any of them are to survive.  The idea that Ashley loved her perished warrior boyfriend, is against the war, and enjoys sex work is unintelligible to the society in Rojer’s film. So when her identities are preserved on the Internet like flies in amber–when the virgin Ashley can meet the whore Amber Jones–we begin to lose sight of her complex inner life. 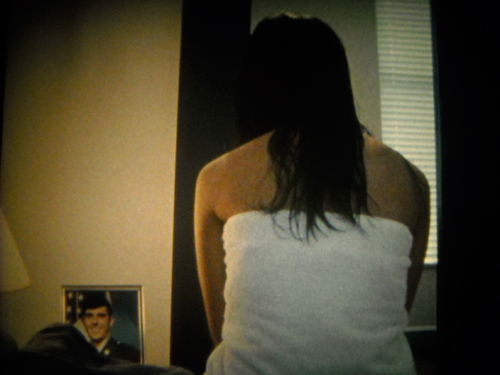 In this loss of vision, there is an element of Ralph Ellison’s Invisible Man. Explaining why people can’t see him, the novel’s narrator writes, “I am invisible, understand, simply because people refuse to see me….it is as though I have been surrounded by mirrors of hard, distorting glass.” And Rojer seems to highlight this predicament with a number of scenes in which Ashley looks between an image of herself in the mirror and the framed picture of her dead lover’s face. Her attempt to bury this same picture in a hillside of soil and ice at the end of the film is a futile, metaphorical attempt to escape the way others want her to be framed and displayed.

Aren’t we all at risk of getting lost beneath the roles we play?  Certainly. However, for women sitting on one raw end of socio-political power dynamics, these roles are more profoundly pre-determined, and as we see in Ashley’s story, they are often boldly delineated.  And the intensity of Rojer’s film comes from the way the characters respond to the various roles that Ashley performs. Additionally, the idea, conceived before the Occupy movement began, that videos on the web can galvanize the left is amazingly prescient. A poorly attended rally has the potential to become a well-watched youtube event. With these tools, it seems the fearsome surveillance state has begun to turn against itself.

But when thinking about many of the videos that have recently sent waves of discontented people to squares and parks across the country, from the pepper spraying of students at UC Davis to the violent arrest of peaceful protestors in Zuccotti park, we might also notice what is less than perfect about Ashley/Amber: there’s too much speaking. The script’s long speeches, from Ashley’s own to those of characters responding to her online videos, do not conjure the same pathos that something more cinematic, more gestural might have. Perhaps Rojer wants to show us how Ashley is buried beneath a hill of talking. However, had Rojer emphasized, as only a few scenes do, the gestures that actually bury Ashley, the film might have worked better. 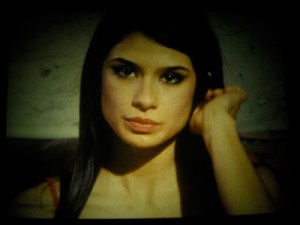 Nevertheless, Rojer does well in sending us this critical message: for all the effort we put into recording and disseminating images that we want to admire, we must put equal energy into acknowledging the multi-faceted minds and hearts that rest behind these images. When we watch a video from the occupy movement like this, we are rightfully outraged, but we must also resist the tendency to let these people fall into a slipstream of symbols. Otherwise, like Ashley, they too will soon be tragically out of sight. 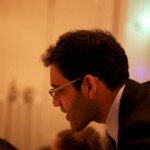 Neima Jahromi is a researcher, writer and editor. He holds a degree in English from Reed College. He is a fact-checker at the politics, arts and culture magazine, the New Yorker, and an editor at the art photography magazine, Conveyor.