Anti-abortion doctors could legally lie in Arizona – The Feminist Wire 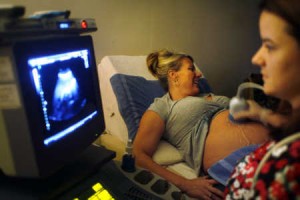 The Arizona Senate has has approved legislation that will let doctors lie about an unborn child’s health and escape any related “wrongful birth” suits, which has some saying the state is trying to trick expecting parents from opting for abortion. Arizona senators have called for a law that will, if passed, eliminate malpractice suits that are brought on by families that believe doctors willingly withheld information about their unborn children. In instances across the state, some families have sued physicians after giving birth to children with disabilities and handicaps that they believe doctors were aware of before delivery. Some state residents have waged lawsuits based on allegations that physicians were not clear with crucial information which, had the parents been privy to, could have led them to consider abortion.

If the new law is passed, doctors would not be liable in these cases for failing to make clear any and all risks the unborn child faces. Specifically, Arizona Senate Bill 1359 relieves a defendant of liability for damages in a suit “based on a claim that, but for an act or omission of the defendant, a child or children would not or should not have been born.”