When Loved Ones Vote Santorum – The Feminist Wire

When Loved Ones Vote Santorum

With elections come campaign ads, debates, town hall meetings, press releases, stump speeches, and a steady stream of political analyses unpacking each and every speech act performed by candidates. There is an abundance of talking, and yet alongside all of these words, certain silences persist. 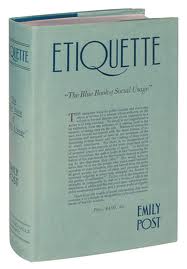 “Don’t make it personal. Comments such as, ‘I can’t believe you think that,’ are perceived as attacking the other person’s character rather than engaging in discussion. Stay away from personal, opinionated, or judgmental comments, as political conversation can often deteriorate into pejorative dumping sessions…It’s not always easy to swallow the last word; it can feel as though you are conceding the point. But if cutting the conversation short will keep a friendship or business relationship from being damaged, it is well worth it.”

Post’s rules might be distilled down to the following: Be nice. Don’t make others uncomfortable. Remember it’s not personal. It’s just politics.

The problem with Post’s advice is that for most of us, politics are deeply personal—shaped by one’s social location and deeply influential over our family, work, and health. And yet many personal relationships are structured on avoiding discussion of politics altogether. I wonder about the costs of this silence.

My mom voted for Rick Santorum in the Florida primary. For several months, I had dodged talk about the elections with her, and when the issue finally came up, I didn’t handle it well. When she told me about why she stood behind the candidate whose biggest claim to fame in my queer world is that his name is undergoing redefinition by Dan Savage, I mentioned that he was “anti-gay.” In 2003, Santorum remarked that Lawrence v. Texas, the Supreme Court case that decriminalized sodomy, would lead to legislative endorsements of bestiality and incest. Santorum has maintained the position that “gay lifestyles” are morally equivalent to the sexual exploitation of children. 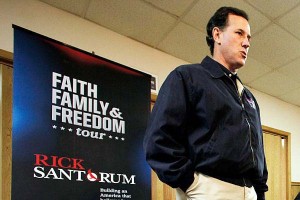 I didn’t elaborate to my mother that it’s precisely this perspective that drives policy that further entrenches hate towards LGBTQ people. I didn’t describe what it feels like to talk to queer students in the aftermath of physical violence driven by homophobia or to watch friends navigating the illness of a life-long partner preparing for death and the violence effected by law that doesn’t recognize the two as spouses.  When asked why she voted for Santorum, my mother insisted that she was voting against Romney and Gingrich, but she also interjected, “He’s a good person.”

Rick Santorum is a good person? And to this startling revelation, I said nothing.

It’s an interesting moment when your mother, whom you love, describes as “good” a person who has admitted that part of his political agenda includes challenging access to birth control—not abortion—BIRTH CONTROL. That’s right, Santorum’s stance on contraception is also horrifying to the way he demonizes gay citizens. There’s no way around this fact: Birth control (and emergency contraception) is one of the best things that ever happened to me. I used birth control for substantial parts of graduate school, which allowed me to avoid becoming pregnant when I was poor and trying to build the infrastructure that would provide long term economic stability. When my college’s health center procured and then distributed a damaged lot of condoms which failed during use, Plan B was a life saver.

And let’s be real. A policy stance opposed to birth control is, in intent and effect, aimed at informally instituting traditional sex roles. Women unable to make decisions about their fertility have a hard time taking over the world. But that’s really the point, isn’t it? From my perspective, Santorum is bad, really bad. And not in some theoretical way. When Santorum or candidates like Santorum make policies, these fundamentally threaten my wellbeing in the world. Thus, it’s both interesting and strange that when faced with my own family’s radically divergent stance on political issues, I mostly go quiet. And I’m not the only one.

Feminists with fundamentalist religious families often avoid talking feminism to avoid family rifts and the loss that entails. Queers who encounter neighbors and straight friends who underestimate the effects of heterosexism and homophobia are sometimes reticent to point out the financial, legal, and health impacts of oppressive social policy for fear of backlash. Professionals with progressive critiques of corporatization who work in financial industries uncomfortably avoid talking about elections, given that their vote might be perceived as at odds with business interests.

Most of us build community and invest in relationships with those who share our worldview and who understand the ways politics structure our lives.  But many of us also have relationships with folks whose politics diverge sharply from our own, who insist on supporting political parties and candidates who profoundly damage our lives. I don’t mean the irritation of a higher tax burden. I’m talking about sustained and fundamental destruction effected by policies like the defunding of services for children with disabilities or the deregulation of toxic waste disposal leading to disproportionate health effects in predominantly non-white communities. These kinds of policies not only have personal financial costs for those directly affected but also deeply tear away at overall wellbeing.

To manage these relationships, we often employ Post-like rules of polite silence rather than engagement. The problem is that as Audre Lorde so poignantly suggested in The Cancer Journals, “My silences had not protected me. Your silence will not protect you.” Politics are personal, and systematic exclusion and political violence, in fact, depend on silence.

With respect to Post, I offer some decidedly different rules for navigating this election season with Santorum supporting loved ones:

These contrarian guidelines may not radically alter the political landscape, but they offer a livable alternative to informally mandated rules of political politeness. Post encourages us to stay quiet in order to prevent relationship “damage,” but she ignores the damage silence inflicts.

Ultimately though, talking raises its own set of questions. Can our relationships withstand honest engagement about how Santorum style politics have deeply insidious personal effects? Those conversations hold transformative potential, but there is also the possibility that others might come to understand how politics are personal. And they might not care. This is the real (and painful) mess of modern life that Emily Post nor her advice giving descendants have rules to help navigate.