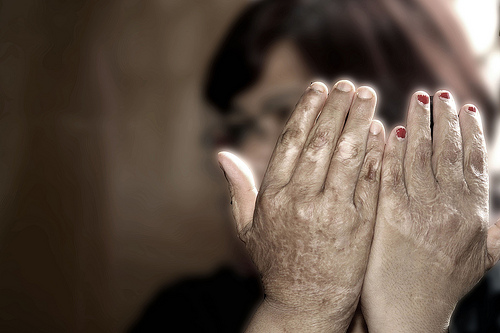 For the longest time I have heard that Super Bowl Sunday was a day of heightened domestic violence.  Linked to alcohol consumption, frustrations over the game outcome, and a day of uber masculinity (as opposed to hyper masculinity), the narrative has identified Super Bowl Sunday as one particularly dangerous to women.  Thus, with the Super Bowl approaching, I decided to look into this issue in broader detail.

As one searches Super Bowl and domestic violence, one is confronted with a clear theme: that any connection between the two is a myth and a hoax.  Citing a 2007 study from Oths & Robertson that “examined 2,387 crisis call records covering a previous 3-year period,” Dr. John M. Grohol identifies the claim as urban legend, a “largely debunked myth that domestic violence calls spike around Super Bowl Sunday.”  Similarly, in “Super Bowl or Super Bull? Six Super Bowl Myths Busted,” Sarah Weir disputes the often-uttered claim:

This story stemmed from a Public Service Announcement that aired at the beginning of the televised broadcast of the 1993 Super Bowl match between the Dallas Cowboys and the Buffalo Bills that warned, “Domestic violence is a crime.” Although a number of articles debunking the claim appeared in various newspapers, the idea has persisted. Football is so overtly macho and physical it’s no wonder that it gives some people, especially those who don’t enjoy or understand the game, the chills. However, in 2006, Richard Gelles, an expert on domestic abuse from the University of Pennsylvania said, ‘This kind of ‘urban legend’ trivialized the causes and consequences of domestic violence.’

The efforts to dismiss, deny and minimize the issue of domestic violence and its relationship to hyper masculine sports spectacles is revealing; the efforts to oversimplify it as a source of opposition is reflective of the right’s anti-feminist agenda.  For example, according to Christina Hoff Sommers, who the Daily Caller identifies as the  “American Enterprise Institute resident scholar and equity feminist,” an oxymoron to say the least, “Women who are at risk for domestic violence are going to be helped by state of the art research and good information,” she said. “They are not going to be helped by hyperbole and manufactured data.” Similarly in “Super Bowl Sunday and domestic violence: A hoax,” Dr. Charles Corry laments the Super Bowl myth is yet another example of how feminism is corrupting society through denying the attacks on men.

Unfortunately, the Super Bowl Sunday violence myth is just one of many myths surrounding domestic violence. Most studies are suspect and highly skewed. Men and women initiate domestic violence in roughly equal proportions, yet judges and police are trained and intimidated politically not to question a woman’s claim of domestic violence, effectively passing judgment on the accused man.

Ignoring facts, such as “One in every four women will experience domestic violence in her lifetime,” or “majority (73%) of family violence victims are females,” Corry, whose National Justice Foundation focuses its attention on seeing men as victims of sexism, is reflective of the anti-feminist opposition discourse.

Yet, conservative pundits have used claims about the causal relationship to not only erase these structural issues, but to advance their anti-feminist agenda.  In other words, conservative anti-feminist leaders and those within the Men’s rights movement have used the issue of the Super Bowl, and the dismissive language of “hoax,” and “urban legend” to advance their own ideological project.

Secondly, the efforts to dismiss the question of domestic violence as it relates to the Super Bowl in terming it a hoax and urban legend reflects the hegemony of the minimization frame as it relates to race, gender, and sexuality.   While discussing racism, Eduardo Bonilla-Silva argues that the minimization of racism frame “suggests that discrimination is no longer a central factor affecting minorities’ life chances” (Bonilla-Silva 2003, p. 29).   Notwithstanding anecdotal evidence and efforts to reflect on the potential links between the Super Bowl and domestic violence, conservative activists have sought to shut down the conversation.

The efforts to minimize, to deny, and to otherwise dismiss any potential discussion is longstanding.  In the aftermath of FAIR’s PSA about domestic violence during the 1994 Super Bowl, and media reports about the issue, all of which resulted in a massive effort to disparage anyone who asked questions about any potential connection, Laura Flaunders, in Domestic Violence Campaign: Super Bowl Success Sparks Good Ol’ Boys’ Backlash, summarized the response as follows:

The backlash articles bore all the traits of typical coverage of domestic violence: They belittled the victims, minimized the crisis and missed the point–which is that, according to FBI averages, a woman is battered every 18 seconds. That is enough to deserve attention all year long.

FAIR’s goal was to open up debate. We did. The PSA was seen by more people than any anti-battering message in history. Weeks later, TV news and talk shows were still covering the issue intensely and constructively.

The fact that some good ol’ boys managed to miscast the campaign came as no surprise. Some journalists’ determination to undermine the Super Bowl effort was just a reminder of how many in mainstream media typically disbelieve women when they talk about the violence in their lives.

Thirdly, the Super Bowl, reflective of sports, commercial enterprises, and a broader culture that devalues women, that reduces women to sex objects and servants, doesn’t sit outside of the broader society.  It, like the culture as a whole, sanctions and perpetuates violence against women. For example, Super Bowl Sunday will likely bring ample commercials that represent and depict women as sexual eye candy, sources of arousal, and as a respite from the violence and hyper masculinity of the game.

Following the 2010 Super Bowl, Jehmu Greene and Shelby Knox, described the Super Bowl as a day where “40 million” “American women…tuned into the Super Bowl only to see themselves maligned, sexualized, objectified, and blamed for men’s problems big and small.”  The consequences transcend a single day or an issue.  It is evident in domestic and sexual violence, it is evident in persistent gaps in pay equity, and it’s evident with sex-trafficking.  According to a report in the Indianapolis Star about sex trafficking and the 2012 Super Bowl, Barb Berggoetz highlights the ways in which the Super Bowl has become a staging ground for sex trafficking:  “During last year’s Super Bowl in Miami, for example, child-advocacy group Klaas Kids Foundation and Miami-based Kristi House identified at least 16 out-of-town underage prostitutes. In 2009, Florida’s Department of Children and Families said 24 children were sex-trafficking victims during Tampa Bay’s Super Bowl.”

The Super Bowl is thus a window, a moment that merely recapitulates and reflects the systemic realities of patriarchy and sexism.  It perpetuates and embodies a culture that willingly sanctions and accepts various forms of violence directed at women.

Related ItemsPoliticsSportsUS
← Previous Story When Loved Ones Vote Santorum
Next Story → Loyal Opposition: Why is the Left Taking the Race Bait?