Super Spectacle: Race, Gender, and the Hawking of Products – The Feminist Wire

Super Spectacle: Race, Gender, and the Hawking of Products 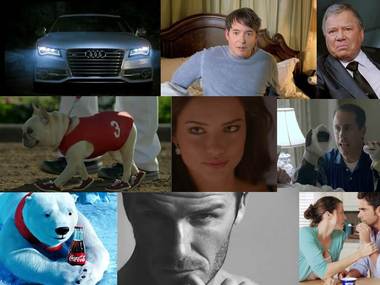 By spectacle I am not referring to the everyday use of spectacle as an important or memorable event that a sizable portion of the population views, but instead in the tradition of Guy Debord.  Debord, whose Society of Spectacle identifies the dialectics between late capitalism and mass media in the production of mediated spectacles, highlights a condition whereupon the relationship between commodities and people take precedent over any other sort of relationship. According to Debord, “The spectacle is not a collection of images, but a social relation among people, mediated by images.” While the game itself embodies this ritualistic process, the commercials themselves embody and perpetuate the spectacle.  “Spectacles are those phenomena of media, culture, and society that embody the society’s basic values, and serve to enculturate individuals into a way of life,” writes Douglas Kellner.  Mediated spectacles “dramatize[s] our conflicts, celebrate[s] our values, and project[s] our deepest hopes and fears.”

The spectacle of Super Bowl commercials are evident in the ways in which consumers’ relationships are defined vis-à-vis products.  Similarly, the hype, and extravagance is evidence of the ways in which the Super Bowl and the commercials operate as “weapons of mass distraction.” Yet, the existence of a spectacle, illustrated by the presence of Flav Flav and Elton John in a Pepsi commercial, is not limited to size and scope; as Kellner reminds us with the ways in which mediated spectacles “dramatize our conflicts, celebrate our values, and project our deepest hopes and fears.”

The denigration and sexualization of women during the Super Bowl is indicative of the ways in which spectacles operate within our cultural landscape.  From the first quarter right until the end of the game, the place of women is made clear: as sexualized objects whose presence figures in eliciting pleasure from the male gaze.  Those women who cannot or refuse to reaffirm male sexual pleasure, who deviate from the standards of sexual beauty, are rendered undesirable.  While not limited to the Super Bowl, the “Go Daddy” commercials embody the sexualized spectacle of the Super Bowl.  Virtually naked women are represented as little more than eye-candy, existing in the mediated space, ready, willing, and able to appeal to the sexual wants of (white) young men.  Women enter the spectalized space to provide pleasure to both the males in the commercial and those watching at home.  Equally important, the two most visible women of these commercials are Jillian Michaels and Danica Patrick, whose physical strength and presence in the masculine worlds of physical fitness and car racing are muted because they don’t disrupt the dominant values concerning femininity.

There is something revolting about a corporate sponsor taking a woman who has made it in a highly male-dominated and masculine field, car racing, and putting her back in a woman’s rightful place: in a skimpy costume under the male gaze. (Chloe from Feministing)

Dramatizing conflicts about the purported breakdown of male and female spaces, reflecting both hopes and fears, all while validating patriarchy, Go Daddy is the quintessential spectacle.  A commercial from Kia further reinforces the sexualized place of women within the male world of sports, celebrating a narrative of female subservience:

The ad from Kia sends a pretty clear message that men and women are totally different species with totally different dreamworlds. A woman dreams of riding across a meadow on the back of a white horse with a handsome fairytale prince under a rainbow sky. But a man dreams of driving a race car while Adriana Lima and thousands of hot bikini-clad women cheer him and Motley Crue plays, and something about a giant sandwich and a boxing match. And these two worlds are so separate and different that a Kia is the only thing that can bring them together.

The sexualized representation of women, and specifically white women and those luminally white ethnic bodies (Italian, for example), is as central to the Super Bowl as the teams themselves.  The absence of commercials that turn women into sexual objects would be as impossible as having a Super Bowl without a football.  This is evidenced by the barrage of commercials, including an NFL prize commercial that defines the American Dream through access to millions of dollars and scantily clad cheerleaders, and a Valentine’s Day commercial that depicts this holiday as a simple relationship based on exchange.  The idea is this: men exchange gifts for sex (“Give and you will receive”).  Or there is the Fiat commercial that treats women as if they are interchangeable with cars–both objects to be consumed, sexualized, and fantasized about by men.

Not to be outdone, Oikos yogurt shows John Stamos seductively teasing his “partner,” while sexually denying her the yogurt.  Angered by his refusal, she headbutts him, happily getting the yogurt that she needs and deserves.  The efforts to turn domestic violence into a commodity, comedy, and spectacle, thereby naturalizing and normalizing domestic violence, is particularly disturbing.  The inversion, whereupon a male is constructed as equal victim of domestic violence further punctuates the spectaclized nature of this commercial.  Evident here is the fact that these spectacles are not simply images or even a collection of images, but a constellation of representations that ultimately erase relations and reshapes reality.  The Oikos commercial, like some of the others, simultaneously presents and erases gender/gendered violence, literally dissolving the latter in this spectacle.

The drive from this sexist imagery to consume is not the only example of the spectacle of the Super Bowl commercial.  The ways in which race, nation, and class operate are equally telling.  Budweiser offered a couple of commercials that represented history as racial fantasy.  In one depicting the end of prohibition, and another highlighting several important historic moments (WW II; the 1960s landing on the moon; disco; 1980 Olympic hockey team; rise of hip-hop), Budweiser imagines the world as one where race is meaningless, where people irrespective of race, class, or nationality are able to come together to celebrate America’s greatness with beer.  Titled “Eternal Optimism,” these commercials are yet another example of how simulated reality becomes reality through hyper-saturation.

Erasing structural inequalities, state violence, and segregation, these commercials imagine a time when race was meaningless, when commodities provided the necessary bridge to unite the country.   This is equally evident in the NFL’s own commercial, which offers a response to the growing criticism about concussions and the safety afforded to players.  NFL evolution frames the history of the NFL as one defined by evolution, growth, and improvement as it relates to equipment and safety.  Its narrative reconceptualizes the NFL as primarily concerned about advancement and modernization, and as an instrument that protects its players.  Interestingly, the commercial offers a narrative of race as well.  The evolution of the game is not only defined through the advent of the helmet or the facemask, but in the breakdown of segregation.   Erasing the history of resistance from white NFL owners and fans–all while obscuring the “ceaseless agitation” of black civil rights organizations, black newspapers, and countless others–it redefines history as one of natural progression and growth.

The celebration of the manufacturing sector, one that has been devastated by anti-union initiatives, outsourcing and systemic effort to put products in front of people, within  myriad commercials illustrates the power of mediated spectacles to define dominant narratives.  In no commercial was this more evident than it was with Clint Eastwood’s celebratory Chrysler commercial of the resurgence of the American auto industry.  Celebrating American exceptionalism and the American spirit as part of economic recovery, Eastwood peddles more than cars in this advertisement.  With Eastwood (the embodiment of a tough, rugged, white masculinity) noting, “we find a way through tough times,” the commercial imagines economic redemption as one of hard work and stick-to-ituitveness.  Erasing the persistent poverty of Detroit (as of 2009, it was at 36.3%), the ridiculous rates of joblessness (50%), or rock-bottom housing values (one neighborhood in Detroit has a median family price at $6,388), the commercial embodies a level of fantasy that becomes reality given its acceptance within both the mediated and consumptive worlds.  In 1-minute it turns reality on its head, obscuring fact that “Detroit that has been largely abandoned, thanks largely to the struggles of the auto industry, on which the city is so dependent.” Recovery becomes insignificant given the power of the representation.  The spectacle in itself defines reality.

The ritualized nature of the spectacle of sexism, racism, and homophobia within the Super Bowl’s commercial culture has led to collective intervention as well.  Miss Representation launched a twitter campaign using the hashtag #notbuyingit to express outrage, discontent, and opposition to the representational field.  According to Sarah Pozner, “Last night, feminist media critics with a combined reach of literally hundreds of thousands replaced ‘mindless entertainment’ with the active sharing of critical feedback and commentary.”  Challenging the spectacle of the Super Bowl, and the unattended spectacle that comes through circulating various commercials through YouTube, Twitter, and Facebook, Pozner and Shelby Knox with Color of Change, among others, challenged viewers to interrupt and critically engage the spectacle, forcing social relations to be visible inside and outside these hyperreal spaces.