From One White Gay Male to Another: Calling out the Implicit Racism in Dan Savage's ‘Liberal’ Politics & the ‘It gets better’ Campaign" – The Feminist Wire

Home / Politics / From One White Gay Male to Another: Calling out the Implicit Racism in Dan Savage's ‘Liberal’ Politics & the ‘It gets better’ Campaign"

From One White Gay Male to Another: Calling out the Implicit Racism in Dan Savage's ‘Liberal’ Politics & the ‘It gets better’ Campaign" 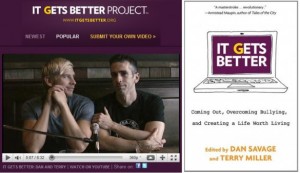 The recent launch of Dan Savage’s “It Gets Better” campaign on MTV networks is failing to gain momentum among progressives because the campaign itself is myopic. While I applaud Savage for responding to the increasing number of gay and lesbian suicides that often follow bullying and violence, the framing of this campaign gives me pause. The campaign was developed in response to a culmination of the heartrending stories of gay and lesbian youth suicides (some of whom were youth of color-many of which have historically been unable to get national or even local media attention) within the media that reached its apex with the tragic death of Tyler Clementi, a white gay male.

Indeed, when we think of victims of homophobia-induced violence, many US citizens can easily recall the names of white gay males Tyler Clementi and Matthew Shepard but not Sakia Gunn, a black working class lesbian or Brandon White, a black gay youth. Why is that? Because many of the news stories prioritized within gay media outlets are framed by folk who seem to have a limited platform that favors particular persons, namely, middle-class white gay males, over some others. Savage and other middle-upper class gay white men benefit from this form of commodification. It is a hard truth that I, too, have to confront.

It is important, then, that we challenge Savage and his politics. He fails to recognize that the popularity of the campaign and its legitimacy depend on the very subtle exclusion of non-white and non-bourgeois bodies. Moreover, the movement has garnered international endorsement by politicians and celebrities because being gay in America, in the West, somehow speaks to the democratization of what was once considered radical, namely, gay identity.  So, yeah, it gets better for queer folk in the US context, but which queer folk?

There is no national campaign for the indeterminable number of Black queer and transgender men and women that have been killed or gone missing across the country. This is not because many have not tried to create such, but because the media, and liberal gays who shape it, like Savage, don’t seem to care.

The Messenger is Important, Too

The lack of analysis of the limited racial parameters of this campaign reflects a problem critical in Dan Savage’s work and is evidenced throughout his career. Two events stand out most, however. 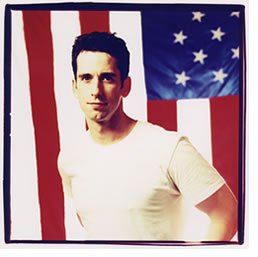 First, the presidential election in 2008: While the majority of the world was celebrating the election of Barack Obama, Dan Savage was busy crafting his response to the “hoards” of Black voters that came out to vote in the historic election, who, as the media purported, were also voting in support of California’s Proposition 8, according to Savage:

I’m thrilled that we’ve just elected our first African-American president…But I can’t help but feeling hurt that the love and support aren’t mutual. I do know this, though: I’m done pretending that the handful of racist gay white men out there—and they’re out there, and I think they’re scum—are a bigger problem for African Americans, gay and straight, than the huge numbers of homophobic African Americans are for gay Americans, whatever their color.

While Savage later deleted this post, and then came out on the Stephen Colbert show and said the exact opposite, his initial reaction was very telling, without ever recognizing the implications of his racially-charged statements.  If he was indeed interested in critical, organic change one would think he would’ve participated in a discussion with Black queer groups to work through why blaming black people for Prop 8 was not an accident or an act of innocent misplaced anger, but consistent with century old anti-Black rhetoric.

In fact, it is this very rhetoric, which emerged during reconstruction known as “White backlash” that resonates very much within his statements. “Backlash” then was the popular response to the enfranchisement of Black people immediately after the Civil War which was viewed as a direct threat to their (White) citizenship. It continued to manifest through Jim Crow and the Civil Rights era, and still does today.

In Savage’s case, Black citizenship (demonstrated via the purported turnout for Prop 8 during the election for Barack Obama) was seen as discreditable because of homophobia in the Black community.  Savage finds homophobia to be more of a threat to his personhood (and that of any other white gay man) than White supremacy is a threat to any Black person. Many of the comments on his blog largely reflect this view.

In this discourse, sexuality and gender become equitable with race. They translate into even exchanges that one can simply check off on a list of rights and afforded legitimacy. Savage is prioritizing White gayness as more worthy of attention than Blackness. The problem here relates to the concerns around the motivations behind “It Gets Better,” where again, it appears that Black bodies don’t matter, or, they only matter if and only if they are designated as queer. Moreover, those non-queer Black bodies are imagined as existing outside of the frame of citizenship because they ostensibly violate the rights of enfranchised (White) gay men.

Savage should not start a campaign to take on race-based violence; honestly, he would not be good at it. But we, who look to pundits, media personalities and nationally recognized advocates, must think critically about this type of insular work and thought. We cannot narrowly challenge a topic like violence only within the context of gay youth. Is violence not a problem for everyone? Is it only young gay men and women who are bullied to death?

Second, Savages proclaimed support of the Iraq War places this argument within a global context:

War may be bad for children and other living things, but there are times when peace is worse for children and other living things, and this is one of those times… To stop Islamo-fascism, we’re going to have to roll back all of the tyrannous and dictatorial regimes in the Middle East while simultaneously waging war against a militant, deadly religious ideology… invading and rebuilding Iraq will not only free the Iraqi people, it will also make the Saudis aware of the consequences they face…

Again, violence against whom? Whose lives matter?  Let’s ignore the fact that Iraq was a relatively secular and liberal state in the Middle East and let’s forget that they had no weapons of mass destruction or substantial links to Al-Queda.  At worst, Savage is calling for violence against innocent people, at best, he affirms that his freedom as a White gay American is more important than that of a free Iraqi or Saudi, Afghani for that matter.

The position against anti-gay violence is not at all in contradiction with anti-Black or Anti-Arab and/or Muslim violence.  A stance against anti-gay violence is unacceptable if it only imagines the White gay subject as its focus. This framework defines the rights and liberties of people of color as diametrically opposed to the further entitlement of white gay men.  We, white/queer/male folk, who are the beneficiaries of privileging discourses and practices like the ones Savage employs, must speak out and act up.  It is unacceptable that violence against Gay (read: White) men is intolerable while violence against non-white peoples is normalized and accepted. 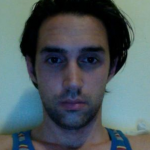 Kirk Grisham earned his B.A. in Urban Studies at Queens College, City University of New York. During his tenure as a student, he worked in various health care and labor justice organizations throughout the city, building on the experience he gained working in the Oakland Public Schools and at the Ella Baker Center for Human Rights in California. He currently works at Columbia University’s Mailman School of Public Health as a researcher in the Department of Sociomedical Sciences where he is part of a dynamic team that focuses on the social and sexual behavior and health of young African-American men who have sex with men. He is also part of a project aimed at learning more about relationship dynamics among white, Black, and interracial couples. Outside of his work at Columbia, Kirk focuses his writing, activism and exploration on health, education, and welfare and has particular interest in HIV stigma and criminalization, technology, and citizenship. His writing has been featured on websites such as Wiretap, Alternet, Youth Outlook, AIDS Connect, National Sexuality Resource Center, Youth Radio, AIDS Foundation of Chicago’s Lifelube Project, Colorlines, Black AIDS Institute and KenyonFarrow.com.