Home / Politics / Why the Question of Palestine is a Feminist Concern

Why the Question of Palestine is a Feminist Concern 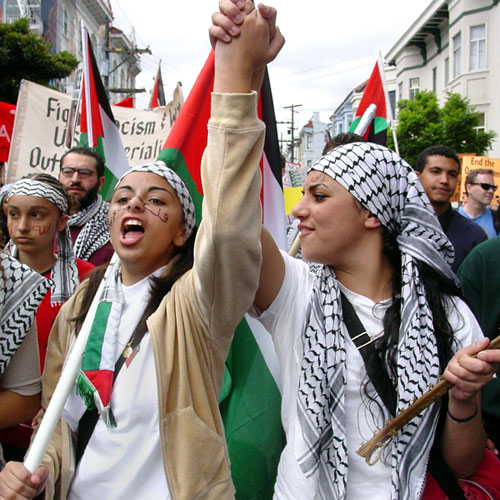 I was recently part of a fact-finding delegation to Palestine organized by the US Academic and Cultural Boycott of Israel. The delegation was composed of concerned academics and scholars based in the U.S., including myself.[i] During our weeklong investigative trip, we were witness to multiple and varied testimonies to and clear evidence of the daily acts of violence, harassment and humiliation that Palestinians are subjected to, both massive and intimate. Individuals from several families living in Eastern Jerusalem told us their personal stories of being physically thrown out of their homes in the middle of the night, their houses pillaged and taken over by settlers (many of whom were only recently residents of the U.S.), their belongings strewn onto the streets only to be looted by morning, their children targeted to bear recurring nightmares of the punishing character of their eviction (being made to see, for example, the displayed burning of their dolls alongside that of their beds). For Palestinians who were already refugees from the 1948 territorial establishment of the Israeli state, they have been forced to become refugees several times over in their own cities and neighborhoods, repeatedly made homeless beside their own homes (their makeshift tents burned numerous times), as ever-expanding settlements cause their displacement and military-protected settlers relentlessly and with impunity inflict upon them small and traumatic forms of abuse and cruelty intended to make Palestinian life in the areas claimed and colonized by the Israeli state exceedingly painful and difficult, if not impossible.

What became strikingly apparent to us from this investigative trip as well as from a review of the copious information available on the subject is that, Palestinians live under the conditions of a settler colonialist and apartheid regime, whose final aims in behalf of a ruling ethno-religious majority warrant the disposability of Palestinians as individuals and their eventual disappearance as a people. Increasingly and at an accelerated rate, Palestinians are being pushed out of territories that the Israeli state continues to grab and control, coerced into leaving the lands they have lived on for generations, the homes and communities they have built and continue to depend on to sustain their present and future lives and the cultural heritage and historical memory of their living pasts. Whether they live in Israel or in the Occupied Territories, their basic civic freedoms and social rights are severely constricted, if not simply denied outright, as mandated by a system of legalized racial discrimination, segregation and inequality which reaches into the most intimate and subjective spaces of their everyday life, even to the point of imposing strictures on whom they may or may not love and share a life with.

I have been asked how I view the occupation of Palestine from my feminist perspective, or perhaps another way to put it, why and how I think the question of Palestine is a feminist concern. It seems to me that the question posed by the predicament of Palestinians is not merely the uncertainty of their future political fate as a people (a nation without a state, territory, and resources of its own, without capacities of self-determination). It is rather the question of the specific conditions of human devaluation and disposability to which they appear to be fated by a normalized system of exploitative inequality, dispossession and violence. That these conditions of devaluation and disposability depend on the maintenance of naturalized hierarchies of human difference (race, ethnicity, nationality, religion) will undoubtedly resonate with feminist analyses of forms of gendered devaluation, disposability and violence that obtain in many socio-historical contexts, including this one. It is also the case, however, that beyond any homologies, which this theoretical resonance might suggest (eg. between racialized and gendered forms of devaluation and disposability), the projects of settler colonialism and apartheid nationalism that the Israeli state embodies and the logic of security which undergirds and legitimates its policies of surveillance, militarization and war have long been feminist concerns. Feminist analyses have shown how such projects are enabled and upheld not only by normative cultural ideals of gender and sexuality embedded in their constitutive conceptions of land, territory, sovereignty, people/race, citizenship, freedom and power. As modes of producing and regulating life – indeed, as projects that see to the uneven distribution of life-chances (the augmentation of life-chances of some at the cost of the reduction of life-chances of others), like and in tandem with capitalism – the projects of settler colonialism and apartheid nationalism also require divisions of labor and forms of social reproduction (and social death) that are profoundly gendered and racialized in ways that exceed the dominant form of political antagonism.

Ultimately, however, what makes the question of Palestine a feminist concern does not rest on any one of these analytical perspectives or points of critique. It rests rather on the connections that the oppression and struggle of Palestinians enables us to draw across those differences on which the oppression depends and that the question as it is now posed presumes. It is a feminist concern because it calls us to forge new relations beyond the province of interests and inherited forms of social belonging to which we might have become tethered and, for those of us not already called, to feel the suffering and aspirations of Palestinians as also our own. The strangulation of Palestinian life is, after all, not the accomplishment of one aberrant state, inasmuch as the latter is supported by a global economy and geopolitical order, which condemns certain social groups and strata to the status of absolutely redundant, surplus populations – an order of insatiable accumulation and destruction that affects all planetary life. The question of Palestine is thus an urgent question of a just and equitable future that is both specific to this context and to this people, and a general and paradigmatic global concern. To take a stand in solidarity with and to be involved in the struggle of Palestinians to resist and transform the conditions of their own dispossession and disposability – to join in their aspiration for collective freedom and self-determination – is also to participate in the remaking of global life, which cannot but be a paramount feminist act.

**We will conclude this forum with an essay by Jasbir K. Puar on Monday**

[i] The other members of the delegation were: J. Kehaulani Kauanui, Robin D. G. Kelley, Bill Mullen, and Nikhil Pal Singh/www.usacbi.org. 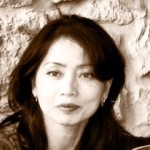 Neferti X. M. Tadiar is Professor and Chair of Women’s, Gender and Sexuality Studies at Barnard College. She is the author of Things Fall Away: Philippine Historical Experience and the Makings of Globalization (2009) and Fantasy-Production: Sexual Economies and Other Philippine Consequences for the New World Order (2004). Among her recent publications are “Life-times in Becoming Human,” Occasion 3 (forthcoming); “Remaindered Life of Citizen-Man, Medium of Democracy,” Southeast Asian Studies (December 2011); “If Not Mere Metaphor…Sexual Economies Revisited,” in “Sexual and Economic Justice, “ Special Issue of SF Online, Issue 7.3 (Summer 2009); and “Empire,” Social Text 100, Vol. 27, no. 3 (Fall 2009). She is currently a member of the Advisory Board of the US Campaign for the Academic and Cultural Boycott of Israel and the co-Editor of the journal Social Text.