Welcome to the New Egyptian ParliaMENt – The Feminist Wire

Welcome to the New Egyptian ParliaMENt 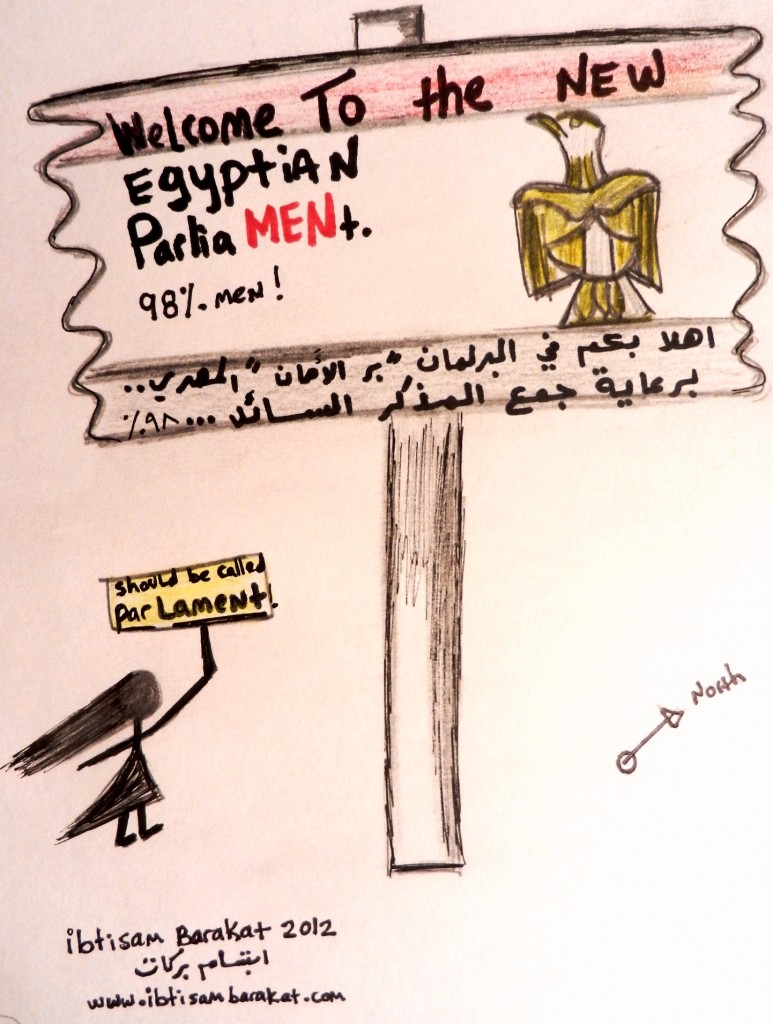 This cartoon is a response to the astonishing fact that the number of women who won seats in the post-Mubarak Egyptian parliamentary elections is a mere eight. Women do not exceed two percent of the total number of elected members. To be more precise, they constitute one and a half percent of the “Parliament of the Revolution.” What can a revolution against “dictatorship” amount to in reality and practice if men who have been dictating policy and social life norms, continue to do so? This comes after the massive upheaval, which women were central to at every step. The shocking outcome in representation reveals much about the social struggles that Egypt faces. For example: What does freedom, including voices for all strata of the society, look like, and how do we implement inclusion for all? For more, see Jadaliyya.com.

Related ItemsPoliticsWorld
← Previous Story Why the Question of Palestine is a Feminist Concern
Next Story → The Golden Handcuffs of Gay Rights: How Pinkwashing Distorts both LGBTIQ and Anti-Occupation Activism