From "Temp Job" to Career: A Quarter Century in the Fight Against HIV – The Feminist Wire

Home / Health / From "Temp Job" to Career: A Quarter Century in the Fight Against HIV

From "Temp Job" to Career: A Quarter Century in the Fight Against HIV

By Guest Contributor on December 4, 2011 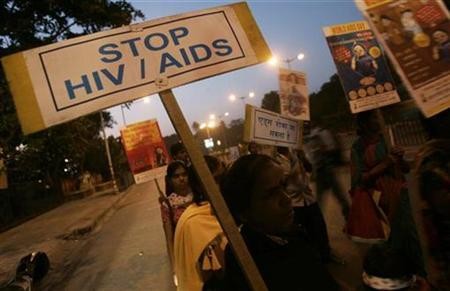 My perspective on HIV prevention continues to be driven by the circumstances under which I became involved in this work 25 years ago.  What Reggie Williams (founding Executive Director) and I, and most, if not all of the original volunteer members of the National Task Force on AIDS Prevention (NTFAP) had in common was the altruistic urge to make a difference.  In that regard, I often think of former US Surgeon General Dr. Joycelyn Elders, who reminded audiences regularly that when she went to Washington, she already had a career and a job – she came to DC “to DO a job, not to get one!”

Reggie had been a Supervisor of Radiology at Cedars Sinai Hospital in LA; in the late 80s, I was a Public Information Officer in DC government.  I didn’t envision HIV work as a career path, but rather a temporary assignment.  I keep Reggie’s photo on my desk at work as a constant reminder of his example. He was never too busy or important to encourage, educate, and/or empathize, whether one-on-one or in front of a crowd. He embodied the notions of community, faith, and mentorship. Those values are difficult to factor into contemporary HIV prevention, because these frames of reference are either too abstract or too difficult to relate to the discussion of the issues involved.

Today, community is often the nexus of misogyny, heterosexism, and homophobia driven by popular culture and mass media. Faith often remains a weapon rather than a shield in sexually-related contexts, if it is brought to bear at all.  And mentorship is either indoctrination into the ways of “getting over” sexuality or a sanitized environment in which such things are rarely discussed in any depth.

There are oases where this is not the case, of course, where community affirms the spectrum of sexuality and encourages interpersonal consideration and sexual responsibility.  Today, there are far more faith-based denominations and congregations that affirm the spectrum of sexuality, providing support for a range of responses to sexual risk-taking, from abstinence to condom promotion and distribution.  More and more peer counselors and others in mentoring roles are being trained to include safer sex, risk reduction, and sexual responsibility in their conversations with peers and mentees.  And it is important that we support, enrich, and expand these efforts in the face of rising infection rates and diminishing Federal funding.

The process by which publicly-funded, innovative, creative, HIV/STI prevention concepts, or even logical extensions of successful “grassroots” social marketing and promotion campaigns, are developed and introduced has evolved dramatically over the past 20 years.  In the early days of the epidemic, there were funded opportunities to research, create, develop and test creative community-based prevention intervention concepts like “Hot, Horny & Healthy” (HHH), the “playshop” that was the centerpiece activity of the NTFAP.  In the political climate of those days (which persists to the present as far as I’m able to tell), the reactionary machinery was set in motion, so that the very innovations that made HHH effective became its perceived liabilities, and NTFAP lost its Federal funding.

Over the past 20 years, however, commercial media has evolved to be almost entirely driven and dominated by sex, with remarkably little push-back from the same guards of “morality” and “decency.”  The result is a “perfect storm” setting for the current HIV/STI disaster, created by an increasingly sexualized public (both younger and older – think “erectile dysfunction” remedies) being disserved by a politically compromised and out-of-touch public health system that seems to create and offer interventions for an asexualized citizenry.  Further fueling the firestorm is the conventional wisdom that primary HIV/STI prevention is both ineffective and too difficult to evaluate; its replacement, an overkill of HIV testing and “prevention for/with (HIV) positives,” is inadequate at best.

Having come of age in the midst of the Civil Rights Movement of the 1960s, I never expected anything else to impact my life as significantly. Now it would seem those developmental experiences were but a prologue, an internship that provided a framework for the past 25-year struggle in the face of HIV/AIDS.  The values and experiences of community in those formative years have sustained and propelled me through the turbulence, tragedy, and personal devastation of this Plague, which is far from over. 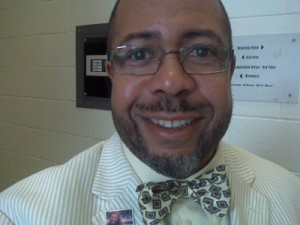 Al Cunningham is a professional writer, producer, and broadcaster who has worked in HIV education and prevention for 25 years, in a variety of capacities on the national, regional, state and local levels.  He currently serves as Program Manager at Liberation In Truth Social Justice Center in Newark, New Jersey.