A Manifesto: The Silence of HIV, Killing Us Slowly – The Feminist Wire

Home / Health / A Manifesto: The Silence of HIV, Killing Us Slowly

A Manifesto: The Silence of HIV, Killing Us Slowly

By Guest Contributor on December 5, 2011 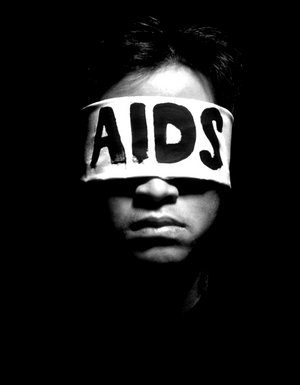 When you read this, read it in a loud voice.

I am screaming, ranting, trying to be heard over the din of the other issues that impact the lives of people, particularly women.

I am screaming because of the silence: the silent and pervasive force of HIV…the silent voices of the individuals who are leading the way toward healing in solidarity with those diagnosed with AIDS…the silent sobs in response to the loss of too many lives as a result of AIDS related sickness.

I scream for women.

I scream for Black Women: African, African-American, Haitian, Native American, Caribbean-West Indies, Latina, African-diasporic women, my sisters, my friends, my colleagues, my peers, you, and me.

I scream because we are forgotten, our names are not mentioned, and our narratives are disregarded.

I scream because there is too much silence.

According to the Kaiser Foundation, “Black women accounted for 64% of estimated AIDS diagnoses among women, ages 13 and older, in 2009, but only 12% of the U.S. population of women.” Alarming statistics, but we are silent. There are states like New Jersey that have the highest proportion of women living with AIDS in the nation. But, we are silent. The National HIV/AIDS Strategy does not mention women, the most vulnerable population. African-American women are 21 times more likely to die from HIV/AIDS than non-Hispanic White women. HIV and AIDS has been the leading cause of death of Black women of child bearing age. Yet, many remain silent!

Where is the outrage? The noise? The screaming in the streets? The occupations? Why are Black women’s lives undervalued and rendered disposable?

We are living in a nation that has spent more than $8 billion on the war in Iraq: approximately $300 million in 2003, looking for weapons of mass destruction. While one of the fiercest weapons of mass destruction, HIV, is disproportionately impacting people of color, especially women, in the US and across the globe. Has or will the government spend an equal amount of money on HIV, on women and HIV, on Black women?

As we continue to observe World AIDS Day, we may notice that there is more than one theme.  Depending on where you look you may have read that the theme is “Getting to Zero – Zero New HIV Infections, Zero Discrimination and Zero AIDS related deaths.”  In another place, the theme for 2011 World AIDS Day was “It Takes a Village to Fight HIV/AIDS.” The cultural value implicit in this theme can result in adoptable action steps.

As Black women, we are joined by our relationship to the African diaspora. HIV/AIDS is a result of what ails our communities-our villages. Many women around the world are impacted by the forces of poverty, sexism, violence against our psyches and bodies, homelessness, and a multitude of disparities: disparate educational opportunities, disparate health care access, and disparate career opportunities. We will not get to zero infections on our own. We have to work collectively within our villages to save our lives.

Women and their children constitute the most underserved population in the nation-a nation that cannot meet the healthcare, housing, or employment needs of the middle class, much less the working and nonworking poor. Who will save us? Who are we waiting for? We have to save ourselves; we must realize that we are the resources that we need.

What can we do to save our lives? We have to commit to reducing the incidence of HIV within our communities. We have to travel with each other to get tested for HIV, learn the facts about HIV and then teach others, talk to our sisters about sexual behavior, HIV risk reduction and sexual decision making. We have to encourage sisters and remind them that they have agency and that they have the power over their sexual decisions and their bodies. We have to make noise about HIV.  We have to say something, and say it out loud, so that we no longer play party to the silence that contributes to stigma and discrimination. We have to scream about it in the streets and call attention to what is going on in our homes, our communities, in the US, and around the world.

I strongly believe that we can make it to zero new infections, but it will take time, energy and a plan. Gather sisters and brothers, young and old, and create a plan.  Join others-there is strength in numbers. We have the capacity to do this work right in our own communities: to stop the spread of HIV…to bring an end to AIDS related deaths…to break the silence…to live. 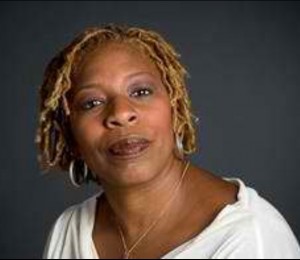 Monique Howard, EdD is the Executive Director of the New Jersey Women and AIDS Network (NJWAN), the only female specific AIDS service organization in New Jersey.  NJWAN provides HIV/AIDS education, prevention, advocacy, wellness and medical adherence programs to women that are infected with and affect by HIV/AIDS.  During her tenure, at NJWAN, Dr. Howard has diversified funding, increased staff and strengthened the infrastructure of the organization.  Dr. Howard has most recently been interviewed byTheBody.com and POZ Magazine. She continues to lend her voice and her energies  to  advocating for women and families affected with HIV.

Related ItemsHealthWorld
← Previous Story From "Temp Job" to Career: A Quarter Century in the Fight Against HIV
Next Story → The Case For Peeking Inside The Slaughterhouse