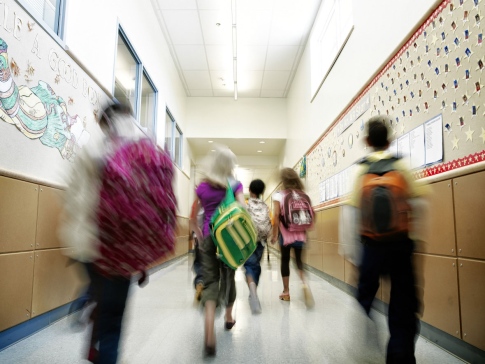 (Brooklyn, NY) November 17, 2011 — “There are so many cases of sexual harassment,” says Nadia, a former student at Brooklyn International High School. “It’s not just that a boy touches you. It’s that you’re afraid to go to school because of that boy.”

Four years ago Girls for Gender Equity (GGE), a Brooklyn-based youth development nonprofit, conducted a survey of 1,189 middle and high school students attending public school in New York City that found nearly 1 in 4 young people is sexually harassed on a daily basis. However, when they presented these findings to the NYC Department of Education (DOE), the group was informed that the issue is not an institutional priority. This week’s release of AAUW’s “Crossing the Line: Sexual Harassment in Schools” lends credence to GGE’s research on a national scale and shows that keeping students safe at school fails to be adequately addressed throughout the United States.

Nearly forty years after the passage of Title IX, the civil rights legislation that prohibits sex discrimination in schools, students continue to endure the negative effects of not being safe at school. Depression, insecurity, and feelings of fear are commonly reported by sexual harassment victims. This contributes to these young people making destructive choices, such as dropping out of school or attempting suicide.

“It is hard to envision a school without sexual harassment. But if one existed, I imagine it would be a place where kids can excel as students instead of having to worry about what is going to be said or done to them the next time they walk down the hallway,” says Kai, a youth organizer at GGE.

Today GGE is the managing partner of the Coalition for Gender Equity in Schools and the subject of the newly published book, “Hey, Shorty!: A Guide to Combating Sexual Harassment and Violence in Schools and on the Street.” The organization continues their decade-long work with young women, LGBTQ youth, and adult allies to demand accountability from the DOE and safe access to education for all students.

GIRLS FOR GENDER EQUITY (GGE) is an intergenerational, grassroots, nonprofit organization committed to the physical, psychological, social, and economic development of girls and women. Through education, organizing, and physical fitness, GGE encourages communities to remove barriers and create opportunities for girls and women to live self-determined lives. Despite minimal resources, GGE fights for urban girls and makes extraordinary contributions to the community and to the educational, economic, and cultural life of New York City. www.ggenyc.org

WHAT PEOPLE ARE SAYING ABOUT HEY, SHORTY!

“Hey, Shorty! gives compelling stories within stories of adolescent girls and their mentors learning research skills and applying those skills to creating greater gender justice in real time, in their own lives. This is not an academic treatise – this is the real thing. This is what researchers aspire to, and a great narrative besides.” – Nan D. Stein, EdD and Senior Research Scientist Wellesley Centers for Women

“What’s most impressive is how GGE encouraged girls to articulate their issues and goals, and then worked with them to learn the skills they needed to achieve their goals. The result? A whole new generation of smart, knowledgeable, articulate and empowered young women. Women who will change the world.” – Ms. Magazine

“Hey, Shorty! offers a detailed blueprint for how to make the streets and schools safer for our girls (and everyone else) – by empowering young people to take leadership on this issue and supporting them to develop effective strategies. These girls’ work is a potent example of youth activism: they successfully raised awareness about an issue that has too often gone ignored.” – Elizabeth Mendez Berry, journalist

Joanne N. Smith, founder and executive director of Girls for Gender Equity, is a Haitian American social worker and unapologetic feminist born in New York City. Smith is an alumna of Hunter College School of Social Work. She has been awarded many times over, including being inducted into the New York City Hall of Fame. Smith is part of the first Move to End Violence cohort – a 10-year initiative designed by NoVo Foundation to strengthen the collective capacity to end violence against girls and women in the United States.

Meghan Huppuch comes from a family of bold feminists and adventurers. Currently the director of community organizing at Girls for Gender Equity, she has also worked with the Gay Lesbian and Straight Education Network and the Center for Multicultural Education and Programming at New York University.