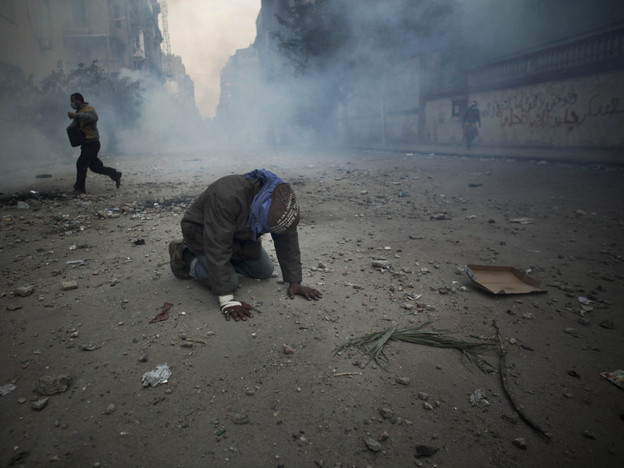 As Egyptian civilians gathered around Tahrir Square to urge the military government to transfer power to a civilian government (an agreement made after Mubarek was removed from power), police and soldiers set fire to protest tents in Cairo’s Tahrir Square and fired tear gas and rubber bullets on Sunday. At least seven protesters were killed and dozens injured in the crackdown. Police and soldiers have reported that few were injured in the confrontation, however doctors at local hospitals have said they have treated over 700 protesters the past week alone.