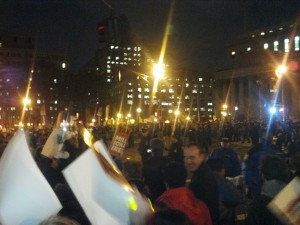 Critics from Fox News to feminist groups have argued that the violence, blatant sexism and idolization of drugs and criminal behavior found in rap lyrics have negative repercussions for society. These concerns are rightfully raised, but it seems that little has been done to address why rap music has such a confrontational and blunt (pun intended) approach. Rawness is the strength behind this movement of rap music—honesty about the artists’ cultures and the ways in which these stories of the streets cross boundaries of racial, classed, gendered and sexual identities in the United States.

Tupac Shakur’s influence on society has been immeasurable. More than a decade after his death, Tupac’s lyrics emerge as prophetic of our world today and the movements to Occupy Wall Street. Tens of thousands have gathered weekly in New York, Denver, Phoenix and Sacramento alone to demonstrate disgust for the corporate greed running our nation and the growing distrust of massive infrastructures like banks and the federal government itself. These were issues raised by Tupac long ago. In the song “Me Against the World,” he sings: “Through this suppression / They punish the people that’s askin’ questions / And those that possess, steal from the one without possessions.” We see the social reactions to the Occupy Wall Street movement through limited media coverage, political reactions (Republicans labeling it “class warfare”) and attempts to criminalize public protest.

Occupy Wall Street has addressed the countless problems facing the nation, all of which seem to stem from greed, ignorance and indifference. Tupac described these protesters (myself included) long before we were of voting age. He foresaw those who would believe in a single man who promised that a bipartisan, transparent, equality-based agenda could fix the nation. He sings, “The power is in the people and politics we address … / Dreamin’ of riches and making a difference / But politicians and hypocrites don’t wanna listen.” As President Obama sacrifices so many important causes – pursuing criminal charges against banks who received bailouts but failed to pay back loans, successfully dismantling Guantanamo Bay, and standing firm in rights for gay marriage, adoptions and legal protection – we see the true obstacles placed in front of him by the mostly white Congress. Tupac predicted these problems, too, when he sang “Although it seems Heaven-sent / We ain’t ready to see a black president.” In 2008, voters were ready for a man to make changes to a broken system, but many fellow politicians consistently block these changes that directly challenge the agenda of the predominantly white hierarchy of corporate America.

Despite the race politics involved, the Occupy Wall Street movement is rightfully disgusted with the state of the nation. Although Tupac spoke of the early 1990s, we can look around our communities and see that these problems have intensified rather than been alleviated. Tupac documented the world around him – one of poverty, violence, drugs, despair and broken families and spirits, singing “Mama don’t cry, long as we try / Maybe things change / Perhaps it’s just a fantasy / A life where we don’t need no welfare.” This hope for a better life, despite the odds and what the past has suggested, is embodied in the protests against Wall Street. It is, despite the cliché ascription, The American Dream.

The Occupy Wall Street movement has addressed these injustices, with members of different classes coming together to fight a system designed to make most citizens fail and struggle. As the protest signs become progressively wittier (“Your necktie looks like a noose,” “I’ll believe corporations are people when the state of Texas executes one,” “Indifference is a weapon of mass destruction,” etc.), Tupac’s commentary on society retrospectively highlights the importance of insight as a young man in a chaotic world. Advocating, “Let’s change the way we eat, let’s change the way we live / Let’s change the way we treat each other / You see, the old way wasn’t working, so it’s on us to do / What we gotta to do survive.”

I would argue more specifically that Tupac’s lyrics reflect the segregated society we have endured since the signing of the Emancipation Proclamation. These conditions remained largely disregarded because the failures of the system didn’t directly impact the middle class. It was reserved for “the ghettos,” the people of color whose choices supposedly led or secured them to such communities (please note the sarcasm). The society Tupac depicts in his lyrics suggests an urgent need for mobilization and protest. Tupac himself was the victim of one of the many civil wars being waged in our country.

So why protest now? As Wall Street continues to dismantle the lives of “the 99%,” we see how people feel when the problems of the ghettos become the problems of the middle class: unemployment, lack of health insurance, foreclosed homes, repossessed cars, abysmal school systems, gun violence, discriminatory practices of banks, substance abuse, domestic violence, deteriorating physical and mental health, mistrust of the government. All of these issues are warranted and worthy of protest and intense debate. But it’s also extremely important to remember that Wall Street has been assaulting our poorest communities for years, and there was never a large-scale protest to advocate for these communities.

I haven’t yet seen a sign that reads something to the effect of “I’m the bottom 5% of the 99%.” Where are the bottom 5% in these protests – are we doing what we can to include them in our discussions of financial reform? They’d likely have a lot to say. We have to realize that just because we are united in our status of not being rich doesn’t mean we are equal to each other at the end of the protest day. Even within the 99%, we have a top 1%.

So when resolutions are made – which will likely be marked by the end of the Bush Era tax cuts – we have to ask ourselves what this means for the people who get the last drops of water from the community well. 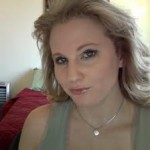 Catherine Morrisey is a graduate student at Arizona State University studying Social Justice & Human Rights. Her interests include mental health rights, global health movements, immigration and the construction of nationality, and food politics. She is currently working on a project documenting the lives of children institutionalized for mental illness. She lives in Arizona with her husband and four children, all of whom are actually pets (except her husband).