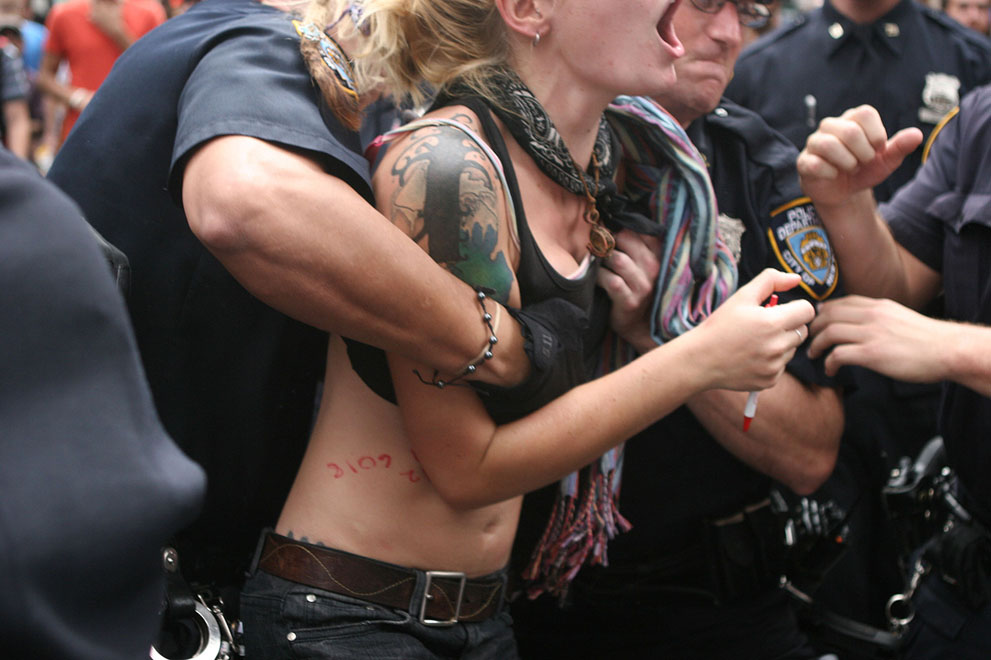 To Occupy Patriarchy is to draw attention to “the far deeper and greater problem of patriarchy which depends in large measure on the exploitation, disempowerment, and subjugation of women,” foundational to institutions such as Wall Street.  Unfortunately, as is too often the case in progressive movements, feminist analyses of the aforementioned is wanting.  Yet:

For any real, substantive change for the better to occur, it is critical that issues such as these be  addressed.  It is also crucial that sexist and misogynist behavior occurring at Occupy events, whether by participants,  law enforcement or by the media be called out and addressed.  There must be zero tolerance for that behavior in the movement for economic justice.  We cannot successfully occupy Wall Street without also confronting and addressing the patriarchal system it perpetuates.

Occupy Patriarchy is a project of the Feminist Peace Network, begun and authored by FPN Director Lucinda Marshall and feminist scholar and activist Kathy Miriam.  Please also join them on Facebook and visit them on the web.

Related Items
← Previous Story My Female Colleagues Told Me Not To Talk About The Abuse. I Did It Anyway
Next Story → Rap & Wall Street