My Female Colleagues Told Me Not To Talk About The Abuse. I Did It Anyway – The Feminist Wire

Home / College Feminisms / My Female Colleagues Told Me Not To Talk About The Abuse. I Did It Anyway

My Female Colleagues Told Me Not To Talk About The Abuse. I Did It Anyway 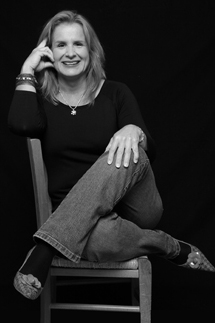 To tell or not to tell?  That is the question that many domestic abuse survivors face daily.  Michele Weldon, assistant professor of journalism at Northwestern University, chose the the former–even after a former colleague warned against it.  “You will have ‘victim’ on your name tag for the rest of your life,” she chided (oh, the politics of academe for women!).  Thankfully, Weldon didn’t listen.  In 1999, she wrote I Closed My Eyes, “a book reprinted in seven languages, and selling many, many tens of thousands of copies.”  She writes,

My goal was to take control of a life I had lost control of. I wrote to understand and explain to myself a confusing and chaotic marriage to a charismatic, convincing abusive man, a litigating attorney who dazzled others in a Brooks Brothers suit, toasted me at parties and made my woman friends swoon with envy over his public professions of adoration. He brought my closest friend flowers the first time he met her. Years later, he bit me on my arm before a family party.

October is Domestic Violence Awareness Month.  Stand up and tell your story!