America's Autumn: A Time for Growth Amidst Struggle – The Feminist Wire

Home / Politics / America's Autumn: A Time for Growth Amidst Struggle

America's Autumn: A Time for Growth Amidst Struggle

These are the times to grow our souls. Each of us is called upon to embrace the conviction that despite the powers and principalities bent on commodifying all our human relationships, we have the power within us to create the world anew.  – Grace Lee Boggs 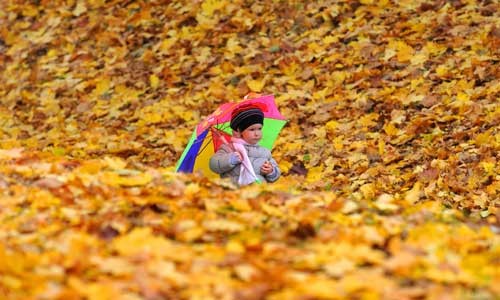 These are moving times: countless marginalized bodies across the world are moved to protest; varied groups organized along peripheries—separated by way of social and economic distance—now stand together in solidarity against the machineries of oppression; and many repressive institutions and systems are moved to resist the counter-resistances seeking their obliteration.

Even as I write this reflection in America’s Autumn, a few paces behind the Arab Spring, brothers and sisters are organizing around the country (and world) against the “greed and corruption” of the corporate class in solidarity with the “Occupy Wall Street” resistance movement; women, men, cis-gendered, transgendered, queer, non-queer, black, brown, white, the young, and the old are boldly and loudly calling out misogyny, sexism, and rape under the guise of the SlutWalk movement; and many have been galvanized to call upon the American government to end the death penalty in response to the atrocious state execution of Troy Davis.

Many of us are moved. And, many are the movements that, for now, are galvanizing us to take up insurgent, yet, non-violent resistances against racism, heteropatriarchy, capitalism, rape, state-sponsored executions, heterosexism, ableism, the disproportionate criminalization of men, women and adolescents of color, and the like; but these are also the times to grow our souls (not just our bodies: bodies of protest groups and bodies of counter-hegemonic knowledges) as Grace Lee Boggs reminds us.

When we answer the calls to meet comrades—on bridges, in parks, on street corners, on Wall Street, at Union Square, in the city or the hood—in pursuit of social and economic justice we engage radical resistance work that could result in ideological and material change. However, if bodies are only called upon to assemble in the public square with the production of certain ends in mind, like the actualization of agenda items, the ratification of certain laws, or the staying of an execution, then our “radical” work might itself be compromised by the very consumerist, capitalist, impulses that many of us call into question.

Yes, when bodies are called to rally, as if laborers in the social justice marketplace, for the purposes of merely producing “goods” (i.e. passage of, say, marriage equality legislation or the ceasing of Troy Davis’s execution which are both good ends), we become workers in the domain of justice and not human beings (with hearts, minds, and souls) worthy of embrace, conversation, and respect. Is it possible, then, that what we might be experiencing in our various, yet interconnected social justice movements, is a reinstitution of the harmful forms of commodification that fractures human relationships by diminishing the significance (read, value) of the persons engaged in them. To put it another way, it is possible that even after marching next to one another, shedding a tear while in close proximity of comrades, chanting our chants, and fighting powers and authorities until laws, practices, and ideas change, that we might still make our way to our individual destinations without knowledge of the names of those with whom we’ve marched, without an awareness of the life stories and contexts of the sister or brother whose tears we’ve watched fall, or without a clear understanding—or care for— that person chanting with us in concert who may live a life wholly different than my own. That is the work of what we want to name, the capitalist enterprise of social justice organizing, and testify as that which moves us away from the goals of nourishing souls and remaking our world.

For example, it is estimated that nearly 3000-4000 bodies were in attendance at SlutWalkNYC and at the onset of the Occupy Wall Street résistance it was reported that 5,000 bodies were on hand to commence the “occupation.” But, how many stopped to discuss the particularities of another’s life or the similarities and dissimilarities that make us diverse persons even while we might all be women standing against rape and violence or the 99 percent standing against the class warfare waged upon us by the corporate class? When we engage the other, we are necessarily forced to do the type of self-engagement that dislodges the prejudices, ignorances, and violations that many of us bear witness to in among justice workers. When we self and other engage, we begin community and soul-building. That work requires us to “see” the other not just as a pawn on the field in the struggle for justice, but as a brother and sister. But, this type of work is also dangerous because it requires, as noted eloquently and powerfully by Stephanie Gilmore, “reflexive analysis” on the part of the justice worker. Such an analysis may force many of us to consider our accesses and excesses, modes of oppression and privileges, our hurts and our violations, our complicities and our rebellions and the ways that any of the aforementioned might complicate or aid the move toward justice. But, that is the beginnings of world remaking because it is the beginning of our own.

Darnell L. Moore is a Visiting Scholar in the Center for the Study of Gender and Sexuality at New York University. He hails from Camden, NJ and currently lives in Bedstuy, Brooklyn, NY.