On the Death of Osama bin Laden – The Feminist Wire

Home / Obits / On the Death of Osama bin Laden

On the Death of Osama bin Laden

My son asked me last night if I were “happy” that Osama bin Laden had been killed.  He expressed his own sense that justice had been served, though he could not bring himself to “celebrate,” as his friends at school seemed to think was in order.  Perhaps not surprisingly, and like my son, I have not greeted the death of Osama bin Laden, the notorious leader of al-Qaeda and mastermind of the tragedy of 9/11, with the same jubilation as so many of my compatriots have.  The death of any human being, even an internationally reviled one, is a somber event worthy of restraint and quiet reflection.  Death comes, in any number of fashions, to all human beings; it is, after all, the inevitable and inexorable condition that accompanies the temporary gift of breath.  It is, perhaps, our one shared vulnerability.  The death of Osama bin Laden reminds me of that.

The death of Osama bin Laden also carries with it the weight of culmination.  Hundreds of thousands of people, many of them civilians, have been killed, casualties of 9/11 and the wars in Iraq and Afghanistan—the nebulous but potent and perpetual “war on terror.”  More than simply a man, Osama bin Laden became a rubric for inflicting harm and dispensing with the ordinary conventions of humane, rights-regarding (democratic) procedure and international law.  In his despicable warping of Islamic jurisprudence, he mobilized oppressed people to undertake the worst kind of protest, that which cost the lives of innocents and which gave political, ideological, and rhetorical support to world-wide Islamophobia and general outlawry on the part of both citizens and government officials, east and west.

I take to heart President Obama’s thoughtful reminder that “Bin Laden was not a Muslim leader; he was a mass murderer of Muslims. Indeed, al Qaeda has slaughtered scores of Muslims in many countries, including our own. So his demise should be welcomed by all who believe in peace and human dignity.”  President Obama is right: the victims of bin Laden, of al-Qaeda, of the Taliban are overwhelmingly Muslim.

At the same time, I am aware of the tremendous political benefit to President Obama of this timed, targeted execution of the world’s proclaimed “most wanted man.”  By accomplishing what the president before him could not, Obama revitalized his presidency in one highly symbolic maneuver and silenced, at least temporarily, his detractors.  (Even Donald Trump congratulated him.)  I am cautious, however, about what it means for the President of the United States to dispense with due process.  And I wonder what it signifies when the body of a dead man is claimed by a country not of his citizenship and tossed unceremoniously into the sea.  (This is decidedly, un-Islamic, by the way.  Muslims may be buried up to 72 hours after death but, by all means, in the ground—even if in an unmarked grave).

As I contemplate the death of Osama bin Laden, I am not without gratitude and hope.  I am looking forward to the end of the so-called “war on terror,” a “war” that raged on for a full decade without clear objectives, an idenitifiable foe, or a foreseeable end.  I am reminded that right now millions of Muslims in the Middle East and North Africa are engaged in mass demonstrations and deadly protests to overturn their repressive, unelected, authoritarian governments.  The popular revolutions still underway in the Muslim world undermine characterizations of Muslims as suicide-bombing religious fanatics or fundamentalist terrorists who menace the United States and Europe out of sheer hatred for so-called western freedoms. The recent revolution in Egypt and the ongoing uprisings in Libya, Bahrain and Yemen demonstrate the desire of Muslims globally for democratic civic procedure, the end of state-sponsored violence, educational and employment opportunity and self-representation in government.

What these movements for democracy in the Arab and Islamic world reveal is a profound, game-changing synergy between Islam and the goals of civic empowerment.  Individual and collective rights are both desirable and achievable in social contexts that are self-consciously Muslim, by which I mean committed to the religious precepts and practice of Islam in everyday state governance.  As these dictatorships in the Middle East—many of which are legacies of colonialism—are being challenged and toppled even, Islam is being mobilized to eliminate social injustice on a broad scale.  This makes evident, I think, that the work of eliminating injustice is neither external nor inimical to Islam but fundamental to its basic goals of human development at the levels of both person and society.  In my sober reflection on the death of Osama bin Laden, it is my hope that his death ends the dark chapter in world history in which fundamentalisms dominated civic life and foreign policy, both east and west.  I am looking forward to the global eradication of Islamophobia and the emergence of an understanding of Islam that reflects its historic place in the development of world civilizations and its genuine, inherent compatibility with non-violent progressive change. 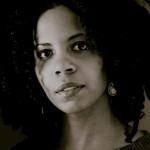 Related ItemsPoliticsU.S.U.S. PoliticsWorld
← Previous Story On the Record: the Right’s Document Fetish
Next Story → The Defiant One: Euzhan Palcy