By Guest Contributor on February 1, 2017

your sport is wetness

the buoyancy discussed was

and brain was always

* Black people are not good swimmers “because they don’t have they buoyancy.” – Al Campanis, former baseball executive. 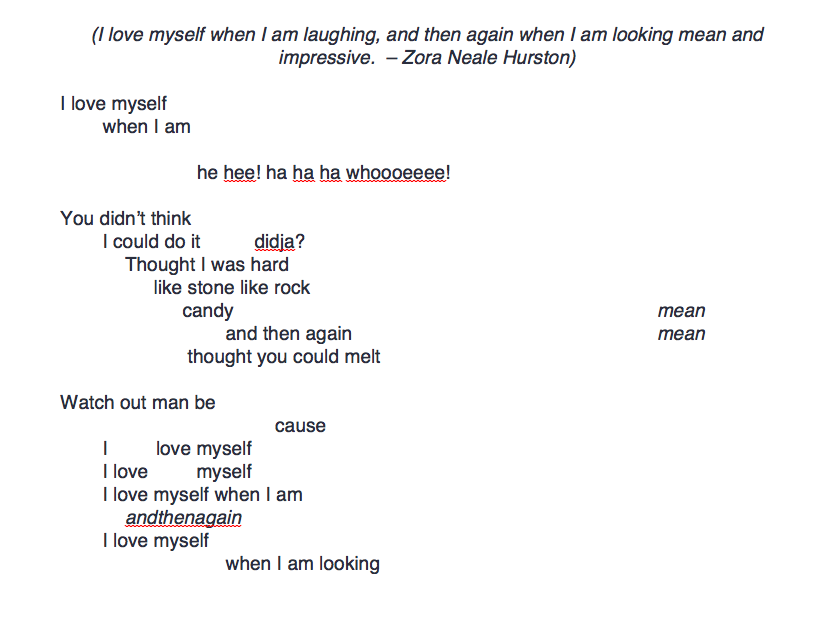 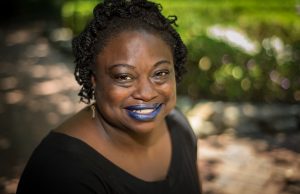 Rosamond S. King is a creative and critical writer, performer, and artist whose work is deeply informed by her cultures and communities, by history, and by a sense of play. Her poetry has appeared in more than two dozen journals and anthologies, including The Caribbean Writer, The North American Review and The Cortland Review, and an upcoming issue of Drunken Boat. Her manuscript Rock|Salt|Stone is forthcoming from Nightboat Books. King has performed in Africa, the Caribbean, Europe, and throughout North America. She is an Associate Professor at Brooklyn College and author of the award-winning scholarly book Island Bodies: Transgressive Sexualities in the Caribbean Imagination. King wants art that shows us who we are and reveals who we can be; her goal is to make people feel, wonder, and think, in that order.

“I love myself” first appeared as part of Duriel Harris’ guest blog on the Poetry Foundation’s Harriet site.