While growing up in a Black Pentecostal church, I was tacitly trained to view God in a particular way. Like Marcion and his followers, I began to think of the Bible as having two gods- one evil and one loving. Traditionalism and ecclesiastical rules caused me to see Christianity as a religion where pleasure is sin, human desire is automatically not God’s desire, and that do’s and don’ts were of more central value than the complexion of one’s heart. It is not my belief, however, that this indoctrination was purposeful. Certain theologies and hermeneutics that are subscribed to by some Pentecostal churches cause those who are raised/taught under its arm to live in such dogmatic and legalistic bondage.

This alleged legalistic bondage tends to affect every aspect of an individual’s life. Therefore, in several crisis situations, I tended to look at a situation in legal terms rather than realistically. Certain tragedies may be viewed as punishment, or an example of God’s sovereignty, which yet remains to be seen. Feminist, Womanist, and Liberation theology seek to redefine, reform, and realign the way individuals have understood ourselves in light of certain doctrines. These “new” theologies force us to admit the assumptions that are made by theological assertions.

One important example of the distortion and need for reformation is the place given or not given to women survivors of sexual assault- specifically incest, in particular churches. The role that Black women have had to play in the Black church or within Black liberation theology would seem to be non-existent if one would observe many books and theological articles and churches. A blatant sexism that “denies Black women equal opportunity exists in the churches’ major leadership roles (Williams, 1999).” Although Black liberation theology and the so-called Black church are intended to be places of respite from the onslaughts of racism in the greater society, sexism is a form of oppression that is alive and well.

Black ministers have been adamant in preaching against Paul’s sayings concerning slavery and submission, but they openly preach about the role of women in a way that sounds only too similar to white patriarchy. In addition, because intellectualism whether theological or otherwise, has been identified with the public sphere (thusly separating it from women), women have been unable (until recently) to speak for themselves. White theology was unable to speak to the concerns of or speak for white women of Black people. It can be concluded, then, that Black theology and a Black church that is written by Black men cannot free or speak in the true interest of Black women.

The key to maintaining any type of power, rather psychological, spiritual, or physical is validation. Validation can either be given tacitly or directly. I believe that the dual silence of the Black church on issues of sexuality and the silence of survivors have given legitimacy to views about sexuality in general, and Black sexuality in particular.

6. That’s how old I was. 6. A super tiny, and very sure-of-myself 6. All of that changed right before my 7th birthday. Everyday after school, I would go to my mom’s job, which was housed in a church- my church. I sat in the stairwell, did my homework, and read a book. This was my schedule. Like clockwork. What I didn’t know, was that someone else was paying very close attention to my schedule, and it wasn’t my mom. He was young. Kind acting in our previous interactions, and I thought, harmless. I didn’t know what grooming was, but I guess that’s what he’d been doing in the months prior. I remember when it started, I was wearing my school uniform, and my hair had a red bow in it. I was reading Charlotte’s Web. I know, that’s not a book a 6-year old would normally read, but I didn’t grow up in a typical household. At any rate, I was reading and he started to touch my knee. I didn’t say anything, and to this day, I don’t know why. Then he started to touch my thigh, and again, I said nothing. I was 6, and grew up in church, and you don’t talk back to your elders, even when what they’re doing feels wrong. Then his fingers moved further up and pushed my panties aside. He inserted two fingers and I finally made a sound. It hurt. I didn’t even know I had a hole there until him. He removed his fingers when he heard me wince, smelled them, and went about his business. He would do this every day until right before my 8th birthday. The way I grew up, bad things happened to people whose faith had wavered, or people who’d committed a horrible sin. I didn’t know which applied to me, but I knew I had to have done something awful for God to allow this to happen to me over and over and over. When I was 14, I found out he’d died of AIDS a few years before. I sat in torment, as back then, there was little we knew about HIV/AIDS. I was convinced I’d contracted it. I said nothing to anyone, including my mother, until I was 16 years old. I told someone in my church because I figured, if the assault happened in church, maybe I could get healing in church too. For me- that was a mistake.

The newest Avengers movie has a scene where Bucky is being held in a cage, of sorts. His captor starts reading of a series of words, and with each progressing word, the audience witnesses a change in Bucky’s eyes and behavior. By the time the last word is spoken, we understand that Bucky was a victim of wartime psychological programming that made him a weapon. All it took was a word to cause him to remember everything of who he was. We were in a youth group one Saturday, and someone said one word, and all of the snippets of memory combined to create a flood. Whereas through the years, I remembered some of what I’d experienced, one word seemed to make more than more than years worth of assault come to the front of my mind, like a record on repeat. I began crying and screaming uncontrollably. They went into spontaneous prayer, because that’s what we were taught to do. When I finally calmed down, the leaders asked me what was wrong. I told them what had happened to me, and their response ripped the band-aid that had been placed over my gaping wound, only to pour salt into it. They quoted Romans 8:28-

All things work together for the good of them that love the Lord.

They said my being molested as a child was equally bad and necessary to make me a symbol of what God could do. They said my emotional turmoil was all part of the process, and that one day, I’d see that. What I thought would begin my healing threw me into pain that for a 16-year old, was unmanageable. What I needed to hear was that God and someone else cared. I knew I’d never receive any kind of legal justice, after all, he was dead. But I needed my church to say something different to me. I needed them to stop pushing a false and harmful theology, espousing violence and pain, specifically sexual violence, as a tool that God- a male God, required to teach lessons to some future people who needed to see how great he was. What about me now? How was my pain going to be addressed? Who was going to show me that God was great, because in my eyes, you can’t have let this happen to me and still be called anything other than a monster. In the church, accountability has to begin with what we say to survivors.

If one is going to use the Bible as the standard in the church, even when speaking of CSA, we have to re-humanize these biblical actors. In the church, accountability admits that churches have sometimes been spaces of harm and not healing. Ministers can use the story of Hagar who was raped and forced to bear a child, or the story of Tamar whose father surrendered her to a crowd to be raped, and subsequently killed, to illustrate the awful, gut-wrenching, mind-fracturing, and body-breaking pain CSA survivors encounter during the act and in the after-math, because the healing does not end. The flashbacks occur when one least expects it, and at the most inopportune moments. Accountability will not always include testifying against a perpetrator, or seeking a remedy from the courts. What I’d like to see is what wasn’t done for me. I’d like to see spaces for CSA survivors to process what they’ve endured, in church, with trained facilitators. I’d like to see ministers no longer skirting the issue and choosing to preach about every #BlackLivesMatter issue, except sex crimes.

For centuries, Black women have been expected to hold up the church, whether through finances, service, or both. Who’s holding up these women? Who’s singing their songs? Love with accountability in the church looks like our churches being safe spaces for crying, screaming, cursing, and even not believing, if that’s part of the journey.

Williams, D. (1999). Sisters in the wilderness: the challenge of womanist god-talk. Orbis Books 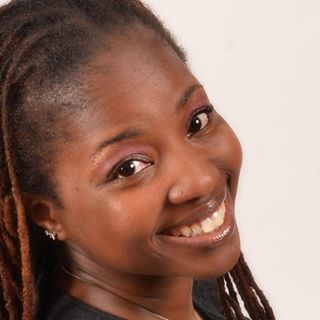 Dr. Worokya Duncan is a professional educator with over 18-years of classroom experience, a Doctoral-level education, a great deal of energy, and a commitment to students. Over the course of her career, she has taught both elementary and middle school students in a variety of subjects, including United States History, Literacy and Science. Her efforts undoubtedly extend beyond academics. She works hard to instill a sense of pride, community, and motivates students to set higher standards. With everyone with whom she interacts, she takes time to connect with each one, demonstrating genuine sensitivity. Through an ongoing process of planning, delivering, reflecting, and refining lessons, she has been consistently successful at balancing individual needs with the federal, state, and local standards and assessments.

Dr. Duncan holds a Bachelor of Arts in Public Policy Studies and Political Science; two master degrees in Theology and Education and a Doctorate in Curriculum and Instruction in Education. Given the combination of her competencies, she pursued research in Africentric curriculum in a quest to provide options in effecting true positive change in eliminating the race-based education achievement gap. Through professional development sessions, lectures, workshops, and seminars, Dr. Duncan illuminates the hidden and often ignored issues affecting education in the United States. She is currently The Director of Inclusion and Community Engagement at The Cathedral School of St. John the Divine, and conducts institutes and workshops on deconstructing racism, sexism, ableism, gender-bias, and xenophobia through Duncan Educational Consultants.