fall to her feet.

Her father speaks as he watches

as she does to their sons.

Does not understand when he

you will be pretty again.” 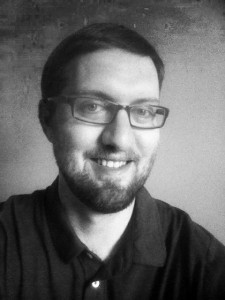 Bio: Brian Burmeister is Program Chair of English and Communication at Ashford University. He earned his MFA in Creative Writing and Environment from Iowa State University, where he was President of Ames-ISU for Darfur. His writing has appeared in Cleaver Magazine, Eunoia Review, and The Furious Gazelle. He can be followed @bdburmeister.