Poetry by Rebecca Lauren and Melissa Buckheit – The Feminist Wire

This isn’t the answer. The answer is my hand on the table, saying what we thought privacy was, on your forehead cupping the temple where the fine hairs begin. What origin begins with hair, the tenderest movement out, ends with bodies lining graves, an inability to pronounce the phonemes of your now foreign language. The language itself, an answer. The woman isn’t answering the phone, the woman isn’t answering anyone. The woman isn’t. The woman is chemically altering from the moment she is ignited. The woman is a girl. My palm across your temple, your eyes which follow me as I remove it. Tied to a tree isn’t the answer. Tied to the back of a truck isn’t the answer, as it moves over miles, isn’t the cold hospital room, isn’t “you’re not my daughter anymore and you’ll never be my son.” This answer is evolving, this poem isn’t, recall to me the names inscribed on sheets, almost almost. Your palm as it cups my temple, covering the left eye, the language itself. This isn’t a wave as it takes a whole island, then buries the island beneath the island. 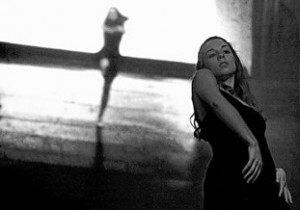 Melissa Buckheit is a queer poet, dancer/choreographer, photographer, English Lecturer and Bodywork Therapist. Her books include Noctilucent (Shearsman Books, 2012) and Arc (The Drunken Boat, 2007), and her writing has appeared or is forthcoming in Denver Quarterly, HerKind, The VOLTA, Waxwing, Sinister Wisdom, Bombay Gin, Spiral Orb, Shearsman Magazine, and Sonora Review, among others. She’s taught college literature, writing and Creative Writing since 2005, as well as worked previously for non-profits including The Brewster Center (Domestic Violence Services), The Woman’s Center (Boston), and Planned Parenthood affiliates in two states. Olga Broumas has described her poetry as deploying “the sensory intricacies of high lyric, iridescent candor & dynamic range to serve our imagination an eclectic feast of electrifying, intimate, thermospheric meditations”; find her at melissabuckheit.com.

in the back of the bus)

–a squirt of dish soap

The oil spread in prescience— 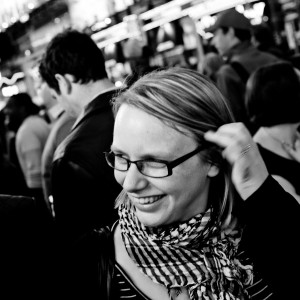 Rebecca Lauren lives in Philadelphia and is managing editor for Saturnalia Books. Her poetry has been published in Mid-American Review, Prairie Schooner, The Journal of Feminist Studies in Religion, Southeast Review, and The Cincinnati Review, and she is the recipient of an Academy of American Poets Prize. Her chapbook, The Schwenkfelders, won the 2009 Keystone Chapbook Prize and was published in 2010 by Seven Kitchens Press.