Home / Uncategorized / A Love Letter to our People in #BlackSpring Time

A Love Letter to our People in #BlackSpring Time 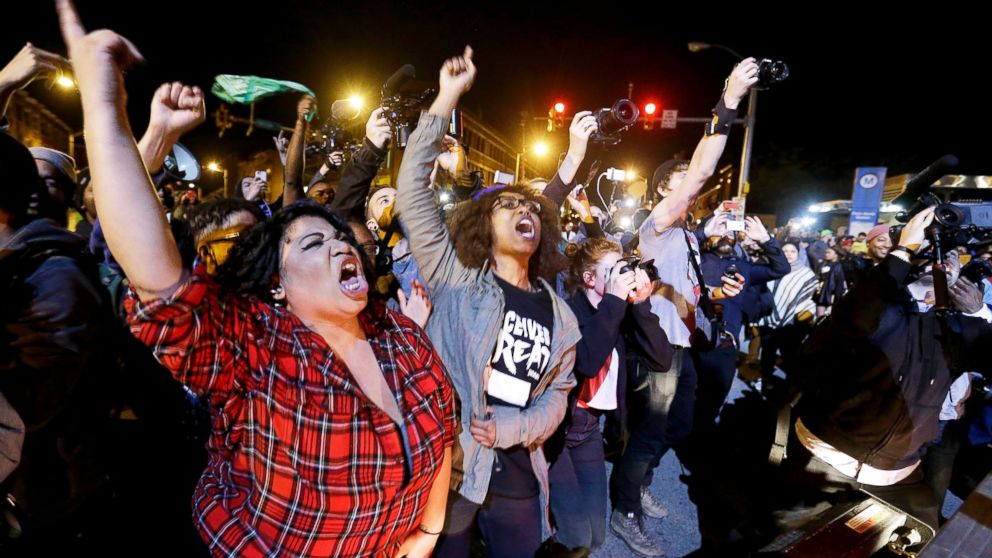 Family, Beyond anything you’ve been called, whether from the mouth of our nation’s first Black president, the Black Mayor of Baltimore or the FOX News Network, know you are a gracious people. And we love you.

Rocks tossed from young black hands, police cruisers flipped by disappointed black citizens, and embers flying because black folk are tired of hashtags memorializing the black dead is no comparison to multiply snapped spines, damaged voice boxes, choked necks, bullet blasted bodies, broken arms, broken legs, spirit broken families, dead little black girls shot in their sleep with machine guns, murdered black boys shot in the daylight in parks, beatless hearts all caused by police who tend to walk away still paid and free. While we are hopeful for the convictions of the six officers who are being held responsible Gray’s death, courts and juries have far too often deemed the guilty as innocent. And packed prison cells are not necessarily the stuff of justice.

Beloved, these are the brightest of days in an era darkened by racial violence. Given that, you have every right to mourn, to love yourself so deeply you allow yourself to feel. Unfeeling kills. And we want you to live.

You are not a thug or criminal because you rage. You are human. And humans, like disgruntled sports fans whose favorite team loses a game…like former heads of state who lied and told us we needed to go to war to protect ourselves from weapons of mass destruction…like the rich who are bitter when threats of tax increases loom…like all others who are allowed the space to be angry…feel. And if houses burn, it is because too many of us feel trapped in neighborhoods that others have exploited. America is yours, too. And it is hot from the flames of anti-blackness.

But the fire this time, must be named for what it is: a wildfire. A wildfire spreading across cities in the U.S., Palestine, Mexico—the conditions are ripe for combustion.  A wildfire can only occur when the conditions are just right or just wrong. It needs a source for ignition. And when that source comes into contact with combustible material it must then be subject to heat and adequate oxygen.

Unemployment; low wages; illness and pain with no access to adequate health care; schools without books and enough teachers; schools with bars and metal detectors; police who have been taught to revere themselves over all else… are some sources for ignition: 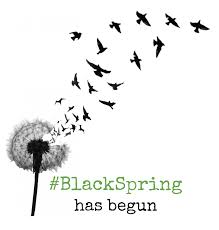 The fire this #BlackSpring time is a wildfire. We feel the pressure. We gasp for breath. But there is still some oxygen left. Yet, we want more than just the ability to take our last breath, we want deep breathes again and again.

The fires do not mean we are unforgiving.  If we were, this entire country would have already been scorched to the ground given all we have endured. We are a compassionate and graceful people. We would sooner save those who hate us from the flames than allow them to be consumed. And haven’t we always?

We remind ourselves that we are passionate and graceful not to imply we need to be respectable citizens, but we remind ourselves of these things so that we remember that we are not wrong because we rage. There is reason for this rage and it isn’t just our own. This anger is inherited, it swells in our bellies as scenes replay themselves on IPad and IPhone screens. “Look! Look! We can all see what’s happening.” We have all been made to be audience members in our current national theater. Alongside Empire and Scandal, there are the last scenes in the lives of Freddie, Akai, Aiyanna, and Rekia we must watch. There’s Eric Garner screaming “I can’t breathe.” We are always Fighting Fighting and Witnessing til the very end.

We love you so much we feel the need to tell you the truth in these times: if there is a God, she is on your side.