When I pass out I have visions of my soul.

My soul is a large blue flicker with white glow.

I pass out two or three times a year.

The first time I held my breath before jumping

in the pool – I was ten or eleven years old.

When I jumped I had already began to lose

consciousness and the dream began

where I was floating inside a huge bubble

in an ocean full of bubbles—each sphere

held a fish or a seahorse, sometimes a wolf.

When I didn’t come up to the surface my father

jumped in after me. I felt his arms beneath

my diaphragm and even though I couldn’t breathe

I felt his lungs, those heaving boulders, against

my spine forcing me back into life above water.

I knew what I was doing, but I never told him

because daughters can’t be suicidal, they must

learn to grow fins for balance, swim side to side.

It’s hard not to be so personal—some myths

are so embedded in your history, wait,

some histories are so embedded in your myth

that even breathing requires a rhythm.

Instead you must catch yourself as you fall or

learn how to let go and hope you’ll wake up

with wings larger than your body, larger

than the soul you want to fit into your body.

Sometimes I will pass out when I drink

too many whiskeys in short glasses with ice.

My skin gets cold and the dream comes back.

Why is everything in circles? Why don’t we collide?

Sometimes when I’m drinking so hard I cry

and can only breathe between long images

of panic: the roof of the house crumbles,

my lover reaches his hand down my throat

and pulls out a long beam made of wood,

my sister is watching from a hole in the floor.

When my bubble reaches the water’s surface

I’m afraid it will burst, or worse, the air

will leak through a small hole and fill the bubble.

I will be forced to take long breaths of fresh air.

I grew up on a peninsula, surrounded by salt

They stay alongside you as you cut through

the ocean, like your arms are wings made of blades.

No one asks if you want to stop swimming.

They only ask when you want to dry off.

When I reach the shore, I pull the bubble

behind me and drag it to the edge of the beach.

Is the bubble my soul or just a shadow?

It deflates on land, heavy as a pile of wet rags.

I unfold the bubble and lay it out like a blanket.

First I sit next to it, then I put my back against

the cold flat surface – but we are stitched

so closely together, only inches apart.

When I wake up, I am in bed and someone

is feeding me toast, stroking my face.

I cannot move freely from the bubble

and the bubble cannot move without water.

I’ve seen my soul up close and the flickering

isn’t light emanating from the outside.

Instead, my soul is a pool of water dripping

When I wake up, I am in bed and someone

is feeding me toast, stroking my hair.

The only dreams I have of my mother

are the ones where she helps me put stars

back into the sky. They are glow stars,

and when you rip the paper off the backs

they stick to anything, so I put some on her skin.

When the stars are gone she turns into a wick.

My mother burns feet up, the ash consuming her

from the ground to the ceiling of my room.

made the internet unsafe.

While they posted about

into the dry and brittle brush.

I looked it up on Google,

and thank the lord

what I thought it was.

Some rape joke, some

drowning in its own bath.

refers to the insertion

of meth into the rectum.

It also refers to ‘bitches

who use a turkey baster

to gather sperm from a used

condom in order for said bitches

walks into a Hollywood event

with an entirely new face.

A face easy to photograph,

easy to write about, slim

and regular, even smiling.

A woman’s trademark, the full

that seems to effortlessly

Who was replaced by this Rene

we all knew as a face we could

and blog about –isn’t this awful?

The face is not a veil, it isn’t

promised to us, but yet, we

are disappointed by chance,

by movement, by difference.

The bros are still posting

“potato thumping” but what synthetic

our asses, too—but that mountain,

thank god I am climbing it, am I right? 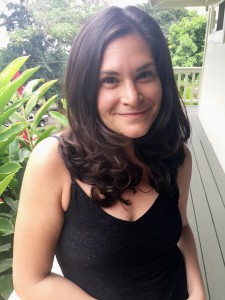