We were so sick from dope

my mom had to fly from New York

to take care of us in the hotel

one woman was my friend, Shane

but the other women

had been murdered out on Long Island

so how could they be here

if they were dead

when we got more heroin

this was the happiest I’ve ever been

we were in Panama, it was so hot

but everything felt right

even the crowded bars we rolled through

worrying about the next score

before I woke up

we sang karaoke together

was much more frightening

than this makes it sound –

because when I was high, I dreaded the death

coming for the women

and when I wasn’t high, I was sick

I woke and though of my ex-boyfriend

the summer that it was so hot

and I had poison ivy

all over my legs

he picked rhubarb out of his parents’ garden

and rubbed it on my skin for relief

and we bathed in salt water

that stung the open sores

the poison ivy went away

but I catch it so easily

and always in heat 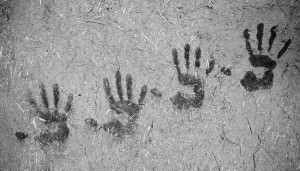 you have to pass through the gate

At home the gas is turned off

Last night Mom and I drove over a bridge

on the other side was a steep hill

like we were going so far into the valley

that the air pressure would damage us

to stop telling people my dreams

I woke up before you

when it was still dark

and watered the plants on the roof:

When you woke you called me back to bed

I told you what my mom said

Maybe that means it’s time to go back to sleep,

They’ll turn the gas on in a few days

after the check is posted

sometimes I turn the knob

just to hear the clickclick the stove makes 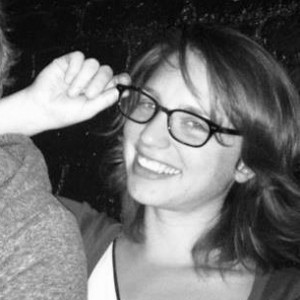 Monica Wendel is the author of No Apocalypse, which was selected by Bob Hicok as the winner of the Georgetown Review Press Poetry Prize and published by the press in 2013. She is also the author of two chapbooks, Pioneer (Thrush Press, 2014) and Call it a Window (Midwest Writing Center, 2012). A graduate of NYU’s MFA in Creative Writing Program, she has taught creative writing at Goldwater Hospital, St. Mary’s Health Care Center for Kids, and NYU, and is now an assistant professor of composition and creative writing at St. Thomas Aquinas College. Her poems have appeared in the Bellevue Literary Review, Rattle, Drunken Boat, Forklift Ohio, Spoon River Poetry Review, and other journals. In spring 2013, she was the Writer in Residence at the Jack Kerouac Project of Orlando, Florida.