Did you find all your terrorists America? – The Feminist Wire

Home / Academia / Did you find all your terrorists America?

Did you find all your terrorists America?

Did you find all your terrorists, America?

1.3 million men, women and children from Iraq, Afghanistan, and Pakistan, are dead and now: what is next America? Who is accountable for killing and treating black-brown-Arab looking men as subhuman? Is it a “war on terror” or just the instillation of terror that crosses borders? Aren’t you tired of killing America? How many terrorists are left America?

During a late-night vigil following the death of another young man of color, I heard your sons afraid that they are next. Who is next America?

Who allowed the Israeli Prime Minister to conquer your heart?

Who was there to applaud speeches that celebrate xenophobia and hate?

Who benefits from the murdering of our Mexican, African-American, and Palestinian young men? Who shamelessly claps in our face?

Who taught us to ignore injustice? How

Deeply do you sleep America? Do you feel

Safe in your dreams? Will you ever feel

Maybe, America, there are wars that are not supposed to end?

Maybe, this world has nothing but terror, cynicism, and suspicion?

And what does it say about me — an Israeli man, ex-soldier and ex-prisoner — will you hunt me because my skin is like Ussama or will you celebrate my Jewish-white blood? How many times a day should I shave, America? How often I should shave my being, wax my Middle Eastern histories, cut off my sensitivity, so you will stop staring at me, questioning my accent, asking me where my parents are from because I don’t look Jewish-Ashkenazi-white enough, and then inviting me, the exotic-Jew, to entertain your liberal fantasies?

Who is afraid of Arabs running in droves to elect?

Who will kill us for a taillight being out?

Who will place guns in our hands in order to justify our shooting?

But we know that it is more than fear; it is the blunt refusal to deal with change. And that is why we, the ultimate criminals, Brown-Black and Arab-looking terrorists who dare to face blank pages for hours until we give meaning to this beautiful and violent storm, inappropriate Jews and Palestinians who dare to cross borders, soldiers of vision, radical academics, courageous soldiers of disobedience, rebels of great tenderness, asylum and compassion seekers, dancers who dance in cubicles and allow vulnerability against all odds, free style farmers with dirty hands and clear visions, commissioned brutes who are here to stay and work after the last pay check, ask you yet again:

Did you find all your terrorists, America? 1.3 million men, women and children are dead now, maddened but not hopeless, at times it seems that justice escapes us, but we are more than momentary news, we are real, and we are not here to get used to tragedies. 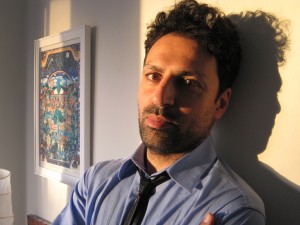