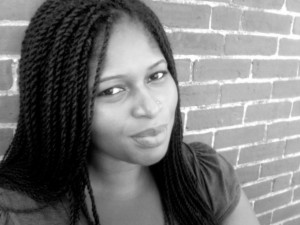 From the Publisher: “Blue Talk and Love tells the stories of girls and women of color navigating the moods and mazes of urban daily life. Set in various enclaves of New York City—including the middle-class Hamilton Heights section of Harlem, the black queer social world of the West Village, the Spanish-speaking borderland between Harlem and Washington Heights, and historic Tin Pan Alley—the collection uses magic realism, historical fiction, satire and more to highlight young black women’s inner lives. The storylines range widely: a big-bodied teenage girl from Harlem discovers her sexuality in the midst of racial tensions at her Upper East Side school; four young women from Newark, New Jersey, are charged with assaulting the man who threatens to rape them; a pair of conjoined black female twins born into slavery, make their fame as stage performers in the Big City. In each story, the characters push past what is expected of them, learning to celebrate their voices and their lives.” 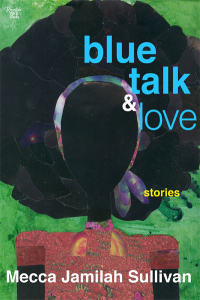 Cheryl Clarke, Ph.D., author of Narratives: Poems in the Tradition of Black Women, writes, “Sullivan’s prose shocks, intrigues, and transports us through fourteen artful and unique stories. And so do her rich and inimitable characters, most of them young black women struggling in a world they did not make but one they must confront, tear down, and remake. Black girls matter and Sullivan shows us just how much.” Similarly, Rick Moody, judge for the American Short Fiction contest, writes that Blue Talk and Love’s “voice, despite material that seems frankly
contemporary, is paradoxically lyrical, nearly Faulknerian.”

Mecca is Assistant Professor of Women, Gender, Sexuality Studies at the University of Massachusetts, Amherst. She holds a Ph.D. in English Literature from the University of Pennsylvania, an M.A. in English and Creative Writing from Temple University, and a B.A. in Afro-American Studies from Smith College. Her writing has appeared in Palimpsest: Journal of Women, Gender and the Black International, Jacket2, Public Books, GLQ: Lesbian and Gay Studies Quarterly, From Uncle Tom’s Cabin the The Help: Critical Perspectives on White-Authored Narratives of Black Life, Ebony.com, Zora Magazine, TheRoot.com, and Ms. Magazine online. Her work has earned support from the Mellon-Mays Foundation, the Social Sciences Research Council, Williams College, where she received the Gaius Charles Bolin dissertation fellowship, and Rutgers University, where she was awarded the Postdoctoral Fellowship in African American and African Diaspora Literature.