The January 7th attack on satirical magazine Charlie Hebdo is an atrocity.  Yet, it is not only the actions of “terrorists” but also the Western response to the attack that deserves critical attention.  Rather than being met with silent sympathy, massacres are often followed by political opportunism – just look at the gun-control debates that swept the United States after the 2012 Sandy Hook massacre.  So I was not surprised at the introduction of the “Je suis Charlie” trend on social media as a comment on the right to freedom of expression, but I am concerned with the incredible popularity it has gained.

“Je suis Charlie” has been used to characterize the massacre as a terrorist attack on Western free speech.  Let us first consider the distinction between the actual and cultural meanings of free speech.  In the 1960s, the United Nations General Assembly passed the International Covenant on Civil and Political Rights (ICCPR), which France acceded to in 1980.  Article 19 of this document states:

1. Everyone shall have the right to hold opinions without interference.
2. Everyone shall have the right to freedom of expression; this right shall include freedom to seek, receive and impart information and ideas of all kinds, regardless of frontiers, either orally, in writing or in print, in the form of art, or through any other media of his choice.
3. The exercise of the rights provided for in paragraph 2 of this article carries with it special duties and responsibilities. It may therefore be subject to certain restrictions, but these shall only be such as are provided by law and are necessary:
(a) For respect of the rights or reputations of others;
(b) For the protection of national security or of public order (ordre public), or of public health or morals. 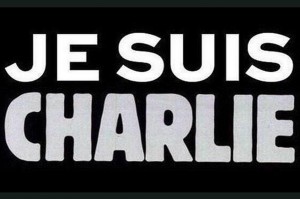 Per this policy, Charlie Hebdo was accorded freedom of speech.  And while the idea of what constitutes a “respect of the rights or reputations of others” is subject to interpretation, I would hope one could agree that the cartoon depictions of Muhammad, as well as other religious and political icons, published by Charlie Hebdo are of poor taste and express disrespect for Islam.  The Quran does not explicitly prohibit depictions of Muhammad, but certain hadith do; thus, many Muslims find any depiction of Muhammad, but particularly negative ones, to be offensive.  Even if you choose to reject the idea that Charlie Hebdo’s illustrations could disrespect the rights or reputations of other cultures, the ICCPR is very clear that freedom of expression comes with particular responsibilities.

What is overlooked in ongoing analyses of recent events is that the ICCPR’s conception of free speech differs from the everyday notion of free speech which is often premised on one’s right to offend others without consequence.  Additionally, common discourse around free speech is often infused with a “without exception” caveat.  This looks like the outrage that followed Sony’s initial decision to cancel screening The Interview, a comedy about killing Kim Jong-un.  Some defend both Sony and Charlie Hebdo in the name of humor.  Satire can be intellectual, humorous, and engaging when done tastefully; however, when one goes beyond their culture to take cheap shots at other populations, it is no longer satire in good taste.

The “Je suis Charlie” framing is simple, promotes solidarity, and is explicitly personal in its pronoun and political in its message.  However, it also creates an unfavorable us/them dichotomy.  If some people claim they “are” Charlie, who is on the other side?  Just the Kouachi brothers?  All extremists?  All Muslims?  Anyone who disagrees with the magazine?  The dichotomy implies anyone who does not claim, “Je suis Charlie” is aligning themselves with terrorist activity. 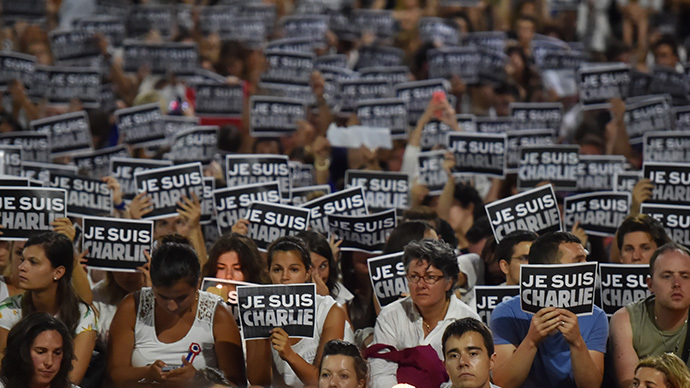 Further, the slogan simplifies the issue.  The discussion regarding the attack emphasizes freedom of speech when we could reframe the entire situation to be about an attack against secular bigotry.  Again, I do not endorse the attack by any means, and feminist ethics would not condone blaming the victims of Charlie Hebdo for their fate.  The staff members certainly have freedom of speech, but just because something is legal does not make it morally just.  “Je suis Charlie” allows satirical magazines to hold no accountability to any particular moral or societal code.  Morality ought to be about determining one’s personal sense of ethics based on their philosophical understanding of right and wrong, not about exercising how much one can legally get away with.  No one should be attacked: not physically as the victims of the massacre were, but also not culturally, as many people of various religious communities have been.

Despite years of protests by Muslims for the magazine to stop its depictions of Muhammad, the magazine ignored these complaints.  But once they were attacked, we are all expected to identify with the culturally offensive magazine in the name of free speech: if we disagree with the politics of the magazine, we are unsympathetic or unpatriotic.  The staff can do no wrong because they are now victims.  Before the attack we could criticize Charlie Hebdo for being disrespectful, but now its staff are portrayed as brave champions of freedom.

If our quintessential example of free speech is a “satirical” magazine whose goal is to offend as many people as possible, we would be taking a real hit to ideals of respect, tolerance, peace, and inclusion.  Let us celebrate free speech in a more respectful manner, condemning bigotry and disrespectful ridicule of religion, while simultaneously sympathizing with the victims and their families. 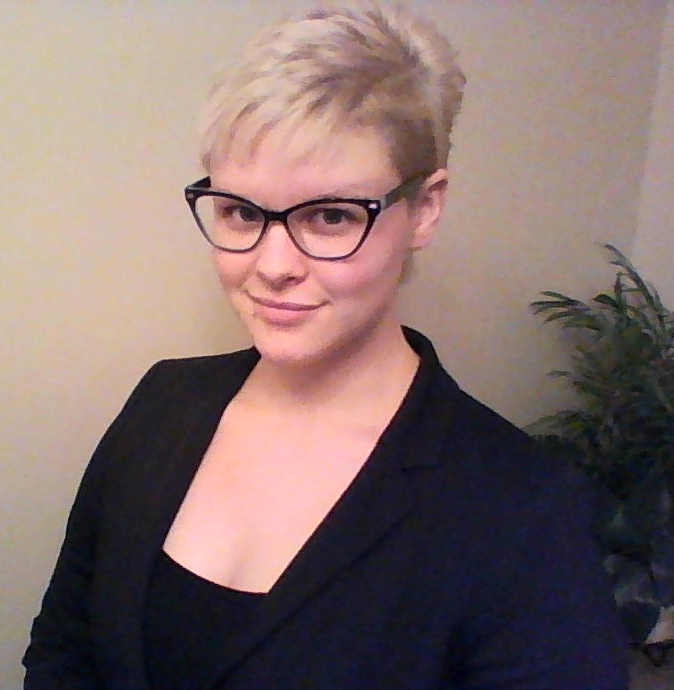 Elizabeth Harwood is a recent college graduate living in New England with a degree in sociology and women, gender, and sexuality studies.  She is most interested in the nature of gender difference, both in its origins as well as how its manifestation impacts economics, family, politics, education, and other institutions.  Her senior thesis focused on working mothers enrolled in higher education and she intends to focus future research more specifically on the relationship between gender and the economy.  She is committed to socialist feminism and aims to better reconcile her academic research with her political activism.