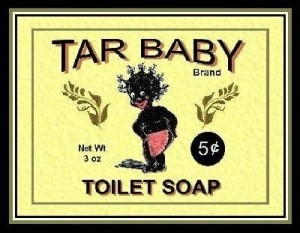 All my life I have been black.

Not Black like colored, Negro, or African-American but black as in “blacker than a thousand midnights in a cypress swamp.” To say my chocolate skin was not a source of pride as a child in the 1980s is an understatement on par with comparing the Atlantic Ocean to a backyard swimming pool. I was precocious and sensitive,  which naturally made me extremely thin-skinned. It’s no secret that children can be downright cruel to one another based on physical appearance. My complexion earned me unflattering monikers including, but certainly not limited to, Blackie, Spot, Creature from the Black Lagoon, and Tar Baby. I was also the butt of tasteless snaps such as “you so black if you went to night school, they would mark you absent” or “you so black you could go to a funeral naked.” The teasing drove me to tears or a suburb damn close to it. As a result, I didn’t have many friends. I often retreated to the perceived sanctity of television. While watching the tube was enjoyable, I never saw anyone as dark as me on any of my favorite shows…period. It’s as if I didn’t exist.

Puberty raised the stakes infinitely. In addition to my dark skin, I had the unfortunate luck of being lanky, unathletic, and uncoordinated. One of my legs was slightly shorter than the other and, as a result, folks often made fun of the way I walked. While I was fortunate to not have extreme breakouts of acne, the pimples I did get tended to be really,  really large. The zits I despised the most were the ones that grew on the tip of my nose. I already had a complex about the size of my schnozz and the pimples that formed there might as well have cantaloupes attached to my face. Girls weren’t exactly forming a line around the block to get with me. I didn’t look like LL Cool J with my shirt off. I was too damn skinny. I wasn’t as smooth as Denzel Washington on the silver screen. On the contrary, I was quite uncouth and nervous around girls, especially pretty ones. 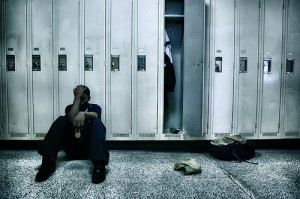 By the time I graduated high school and went straight to college, things changed a little. I managed to get me a girlfriend or two and even lost my virginity. My self-esteem increased, but I still felt unhandsome, especially in the presence of the cats who stalked the gridiron, hardwood, or looked like they did. They got all the honeys who wouldn’t give me any play whatsoever.

It was during this time I began to learn about the objectification of women in music, film, and print media. Certain hip-hop music was misogynistic. Men’s magazines promoted an unreal depiction of femininity. Women and girls were often depicted as victims of violence. I grew defiant because I thought I was hearing about women and the issues they face ad nauseum. I felt like the unnamed protagonist in Ralph Ellison’s Invisible Man. The world refused to acknowledge my existence and my struggle. The courses I enrolled in and the books assigned to them often depicted men singularly as the evil overloads of a patriarchal society. Men preyed on women. Hip-hop artists were often eviscerated for referring to women as bitches and hos. The issues I faced weren’t significant enough to warrant any academic analysis.

Then, a professor that I would come to love and respect would challenge me like no other teacher before or since. I was given the strangest assignment in damn near twenty years of schooling as an undergrad at Central Connecticut State University. The course was Images of Gender in the Media. The instructor was Dr. Cindy White, my favorite professor. The assignment was relatively simple and required no reading: Cindy (she abhorred being referred to as “Dr. White”) wanted us to find some alone time, turn off the stereo and/or TV, strip naked, stand in front of a mirror for 10 minutes, and record our thoughts while looking at ourselves in our birthday suits.

At first,  I was happy as hell because this meant I didn’t have to spend hours with my nose buried in a textbook. I see myself naked every day. How hard can this possibly be? 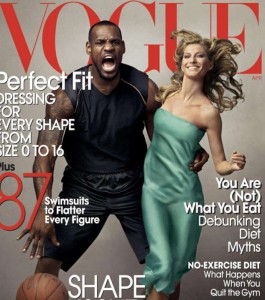 Finding alone time was easy enough: I lived in the dorm sans roommate. After class, I immediately headed to my room, took all my clothes off, and stood in front of the mirror. That’s when it hit me. As I stood in front of the mirror, I could hear those unflattering monikers and “you so black” jokes from my childhood in the recesses of my mind. I still had pimples. They weren’t the cantaloupe bumps I had as a teenager, but the grapefruit sized blemishes that protruded from my face as a college sophomore still made me cringe. Standing naked in front of the mirror made me feel unhandsome. I didn’t even have the fail safe of the designer clothes I liked to wear to compensate for my lack of self-esteem. It was enough to drive me back to a suburb of tears.

My excitement over the ease of my assignment quickly turned to depression (over my thoughts and what I was seeing in the mirror), anger (at my parents for inheriting their genes and at Cindy for assigning this shit in the first place), and sadness (because I felt like the ugliest so and so on the face of the earth). The assignment forced me to confront demons from childhood I thought I had exorcised. Reading five or six chapters for next class didn’t seem so bad all of a sudden.

When I returned to Cindy’s Images of Gender in the Media class, I overheard some of my classmates talking about the assignment. It seemed that the same depression/anger/sadness I felt was experienced by them too.

No one was brave enough to share their thoughts with the class. Cindy wasn’t surprised by this. In fact, she expected it. When asked why, Cindy advised that every student who ever completed this assignment noted what they perceived as being “wrong” with them. Every student. Rich or poor. Black or White. Male or female. Cindy also mentioned that the same media that presents unrealistic and unattainable depictions of femininity also presents unrealistic and unattainable depictions of masculinity. This was as profound to our collegiate ears in the mid 1990s as Copernicus’ heliocentric model was to Europeans in the 16th century. We were taught all about the effect of media images on women and girls, but attention was rarely given to the effect of said images on men and boys, though we are members of the same society and consume the same images. I thought about every TV show and movie I ever watched, every song I listened to, every advertisement in print or broadcast media. From the moment I was born, I was being indoctrinated. I believed I was too dark, in part, because I didn’t see men who looked like me on television, and they damn sure weren’t the alpha male or romantic lead if they were. 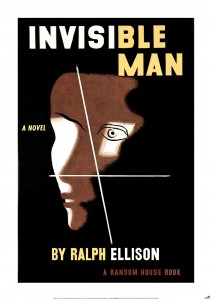 Fast forward to the present. I am much more comfortable in my own skin. I still confront those demons that occupied my naked thoughts almost two decades ago, but they no longer consume me. Much like the unnamed protagonist in Invisible Man, I recognize that I must honor my individuality and remain true to myself. I now overstand that I am ME: an imperfectly perfect amalgamation of flaws and finesse. My finesse makes me stand out in a crowd and gives me a spring in my step. My flaws make me whole and keep me grounded. I am constantly evolving and unplugging myself from the Matrix…though it will take time after decades of indoctrination. We are still being bombarded with unrealistic and unattainable depictions of femininity and masculinity. For every teenage girl afflicted with anorexia or bulimia due to the standard of beauty being packaged and sold in magazines, there is a teenage boy injecting himself with anabolic steroids (among other things) to make himself bigger, stronger, more masculine.

We ought to care about what the media shows our daughters, and our sons deserve no less than the same level of vigilance so they don’t feel the way I felt growing up. 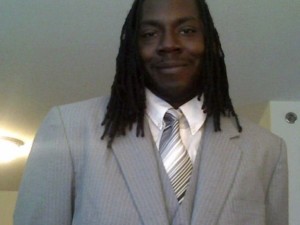 Curtis W. Rawls, Jr. is a freelance writer and poet. His work addresses race, gender, and how they often intersect. He is currently working on a chapbook of poetry and his first novel. He resides in Hartford, Connecticut.