Dissing DuVernay and the Lessons of Selma – The Feminist Wire

Home / Black Women / Dissing DuVernay and the Lessons of Selma

Dissing DuVernay and the Lessons of Selma 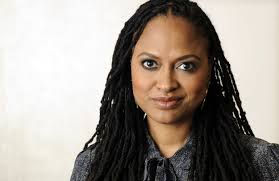 Every child in the U.S. should be required to see Selma for at least two reasons.  First, Ava DuVernay’s powerhouse film captures the political complexities and tactical ambiguities that informed civil rights movement organizing; from the behind-the-scenes factionalism among movement organizers to the FBI’s war on activists to the media’s influence on bringing black resistance to Southern terrorism straight into white Middle America’s living rooms.  Highlighting the contributions of black women activists and other lesser known unheralded organizers, the film reminds young people that historical change does not spring from the exceptional actions of visionary individuals but from collective action.  In this regard, Selma is an important antidote to mainstream portrayals that fixate on Martin Luther King as the sole impetus for the movement.

Second, the lessons of Selma itself are relevant to DuVernay’s “omission” from the Academy Awards nomination for Best Director.  True to Frederick Douglass’ assertion that “power concedes nothing without demand” the snub of DuVernay is criminal but of course not unprecedented.  Just as sustained organized action brought down Southern apartheid so must sustained organized action be directed at Hollywood’s billion dollar White Boy’s club.  Each year, people of color flock to inane comedies and big budget action flicks in record numbers (Latinos have the highest film going rates and the lowest rates of representation in mainstream film).  In the few theater chains that deign to operate in the “ghetto” , we watch white people play out themes of heroism, romance, swashbuckling, leadership and political intrigue underwritten by multinational corporations which rarely endorse people of color portrayals that don’t hinge on minstrelsy.  Given this, why would the Academy, helmed by a cabal of older white men like the Tea Party, give a brilliant fierce black woman like DuVernay its imprimatur for disrupting one of white supremacy’s most sacred preserves?  Shaming white Hollywood into “validating” a few token nominees of color every five years does nothing to address its apartheid structure; refusing to support its lily white fantasies at the local multiplex does.

In Selma, DuVernay alludes to the limits of dismantling de jure segregation vis-à-vis de facto segregation.  Toward the end of his life, King confronted economic injustice and the intractability of capitalist exploitation.  Moving from “reform to revolution”, his final push for the Poor People’s Campaign underscored the divide between ending Jim Crow voting rights restrictions versus redressing deeply embedded structural race and class inequities.  In some respects, DuVernay’s exclusion from the film industry’s white male director canon exemplifies the elusiveness of the latter.  While white Hollywood post-Charlie Hebdo recently patted itself on the back at the Golden Globes for supporting free speech and the increase in diverse portrayals of (white) women, conditions for women of color are still in neo-Aunt Jemima territory.  Critiquing this civil liberties’ love fest, black feminist writer Britney Cooper slammed white Hollywood’s empty activist rhetoric as it ignored the Black Lives Matter movement.

Ripe for parody, liberal and progressive whites are obsessively fond of trotting out their savior on the cross allyship with downtrodden people of color.  To wit not one prominent white actor, actress, director or producer has spoken out about white supremacy in Hollywood greenlighting, financing, casting and decision-making.  But as Selma foreshadowed, the wages of whiteness are a far more insidious regime than segregated lunch counters.

Sikivu Hutchinson is the author of Godless Americana: Race and Religious Rebels and Moral Combat: Black Atheists, Gender Politics, and the Values Wars.  Her novel White Nights, Black Paradise on the Jonestown massacre and Peoples Temple is due in Summer 2015. Twitter @sikivuhutch