The Telling of Stories – The Feminist Wire

Home / Family / The Telling of Stories

The Telling of Stories 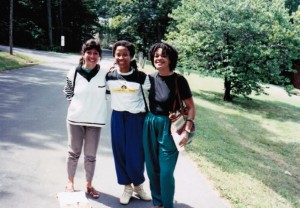 Toni Cade Bambara once asked me. I wasn’t sure I had a story. Should I make one up? I remember the day she asked me, we were sitting together with a group of friends at an outdoor restaurant near the Neighborhood Film/Video Project, where I worked. It was a late spring day in Philadelphia already hot, but just before the humidity takes over and one has to swim their way through the city. I still have some of the pictures we took that day.That is probably why I remember it so vividly. 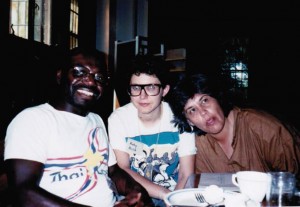 There was power in that interaction with Toni’s deceivingly simple question. Toni had this gift—she would pay attention to you in a way that made you feel like you mattered. I now realize that it was because Toni knew that she mattered and she understood her life’s purpose. Starting with that moment, I began to think about my journey, my story of immigration, my life in Brazil and the United States, what was lost and what was new. If I had a story, and if I could find its meanings, would I tap into my strength, if I had any? 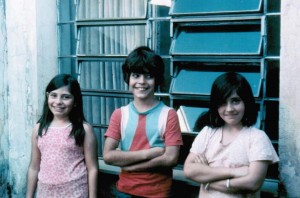 So here is my story: waiting for news from a man in a helicopter looking for a plane and two lost bodies. Father found dead in Brazil’s only mountain range. Death of a new-born baby brother, lots of crying and deep sadness. Separate viewings, masses and funerals. Not to upset the children, all photographs are put away and disappear until I am an adult searching for my story. We move in with our grandmother, a house taken over by a mother’s grief about the sudden loss of her son. I sleep in the same room with my grandmother and great grandmother; my siblings are in another room with my aunts. My great-grandmother was a short, ninety-something, cigar- smoking, cachaca-drinking woman, who shows her love by telling us the most terrifying stories about a mischievous monkey named Simao. At night with my grandmother in her bed, she holds me so tight that I can feel her breath on my face. Very carefully, I turn my face a little to avoid her hot breath. How does one move away from a grandmother searching for comfort?

We move many times after that; to the other grandparent’s house, to live with my mother in another town, with my mother from one town to another. Many moves and years later, my mother is remarried and we land in Upstate New York. It is January, it is cold, and there are mountains of snow everywhere. Up until then, I believed feeling cold was a state of mind—one that could be overcome with discipline and force of will. I was wrong.

I am a teenager, learning English, feeling vulnerable, trying to understand whom to trust, who might be harmful. At the high school, my sister and I are placed in special education classes, to help us learn English, my brothers are younger, so in different schools. A number of teachers and administrators try to demonstrate their linguistic conquests by greeting us enthusiastically with “Bien Venidos” and “Buenos Dias.” We explain that we don’t speak Spanish, which is very confusing to all. I learn to speak Spanish in Upstate New York. 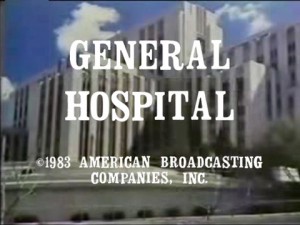 Together, my sister and I come up with a great language immersion plan—General Hospital five days a week. We are surprised to learn that American soaps never end—they go on forever. Latin American soaps last about three to six months; the stories have a beginning, middle and an end.  We ponder the meaning of this cultural difference, and continue with our immersion lessons every afternoon. We do learn to speak English, the dramatic version.

Landing in Upstate New York was like landing on the moon—cold, dark, distant, everything was strange and incomprehensible. Our new home, far away from grandparents, cousins, friends and the mischievous Simao, didn’t offer refuge. His hand discretely touching my upper thighs while driving, a longer than necessary embrace, a kiss so close to my mouth that I could feel his breath on my lips, and words like, “If not your mother, you.” Years later, my sister and I exchange stories. We wish we had known about each other; we wish we had known that we were not alone. We would have been stronger together. We are now.

I feel so isolated and am longing to be back in Brazil. The year we arrived in the U.S. was the same year that the military regime began to allow all those who had been exiled to return home. I identify with the exiled; my heart aches to go back, to be seen, and to be surrounded by the familiar. Why didn’t I return? Fear.

I am older, working and living in a new city, still in the U.S. I have a son, who is born when I turn thirty. I tell my grandmother that I named him Diego, after the painter, but she doesn’t know who he is. Ever since kindergarten, Diego wanted to be a painter. That was a good name. I come out to my son, to my family and to my community.

The first time my partner Nina and I traveled to Brazil, I was very nervous. As it turns out, my family, the one I still long for after all these years, is very traditional and conservative. In fact, most are so politically conservative that they were supporters of the military regime. A number of my aunts, uncles and cousins have become more religious since we moved to the U.S. Nina and I travel, I show her many of the places where I grew up, and we have a great time with my family, they are kind to both of us. The fact that we are a couple is not discussed; it is a state of acceptance granted to those members of the family who live far, far away, where they cannot be seen most of the time. 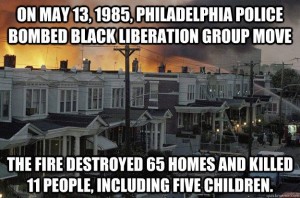 Toni and I met in Philly—the place that became my home, where I found community and learned to embrace the spaces where I inhabited and created when one is living in between cultures and countries. She is generous, present, fully engaged with life and with the struggle of creating purpose and understanding meaning. She is a born organizer. Toni can assess and respond to situations in an instant. She had just finished a documentary film with Louis Massiah about  The Bombing of Osage Avenue—an unspeakable atrocity in West Philly, where the first African-American Mayor ordered the police to drop a bomb on an occupied (by women, men, and children in the  MOVE Organization) house in the middle of a densely populated African-American community. A woman and a child were the only two people in the house that survived the bombing. After careful and extensive investigations, no one was found responsible for those deaths.

When Toni came into my life, she invited me to understand my story as a way to find strength and value within myself. I was surprised by her attention. I was also very flattered. Her interest made me wonder what she saw. I saw my secrets and shame, but did she see more? It was both terrifying and freeing. That was one of Toni’s powers; she inspired, challenged, nurtured and organized everyone around her. Her circle was wide. I miss her. 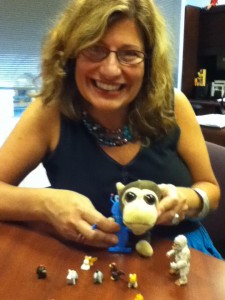 Bia Vieira’s life work has centered on advocating for a more just and safe world where power and possibility are not limited by gender, race, class, sexuality, disability or any other factor. Her human rights and advocacy career of over twenty years has included program leadership and management, fundraising initiatives, policy development, organizing, public outreach, and constituency building. A community builder at her core, Bia has repeatedly turned her vision into opportunities for individuals and communities to seek safety and economic independence. Her early experiences in both Brazil and as an immigrant to the United States led to her work addressing issues of human rights and social and economic justice.She has been the recipient of prestigious fellowships, including the National Endowment for the Humanities Fellowship at Columbia University and the Caluoste Goulbenkian Foundation Fellowship at the Portuguese Film Institute.  Bia has been recognized with numerous awards for her innovative and entrepreneurial work. An active leader in the field nationally, Bia currently serves on the Directors Boards of Funders for LGBT Issues, the Homeless Advocacy Fund, and the Community College of Philadelphia and serves as advisor for the Community Land Trust.  She has served on the boards of the National Clearinghouse for the Defense of Battered Women, The Pennsylvania Coalition Against Domestic Violence and The Cultural Fund.   She served as regional chair of “Communities for Public Education Reform,” a 6-year, $32 million, 75 funder collaborative supporting 115 organizations nationally, and as advisor for Hispanics in Philanthropy and Asian Americans and Pacific Islanders in Philanthropy. Bia recently moved to the Bay Area to join her partner, Nina Moreno, who assumed a research position with Safe Passages.

Related ItemsBrazilCommunityFamilyImmigrationrelationshipsstorytelling
← Previous Story A Meditation on Toni Cade Bambara
Next Story → Personal is Political: The Art of Getting to the Point