Resembling a Revolutionary: My Sister Toni – The Feminist Wire

Resembling a Revolutionary: My Sister Toni 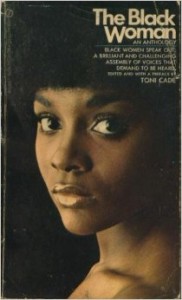 The cover art on The Black Woman: An Anthology was enough—a face the color of Earth, a halo of African hair, semi-precious-gem eyes, aimed forward and confident. I was a teenaged Black girl in love with—the mind travel and time travel that is—reading, and The Black Woman was a book that acknowledged and spoke to me. That was new and exciting.

The author/editor of this book, Toni Cade, made for a striking image herself—eyes like a gem fine-cut by experience and intelligence, lighter skinned than the cover model, like my grands and aunts and godmothers. She was familiar, beautiful, outspoken, coming out from behind aprons and ironing boards—like my mother’s generation of women. The decade of the 70s for Black girls like me was born this way.

Then, I met Toni Cade at our annual Clark College writer’s conference in Atlanta where I enrolled as an undergrad. There she was, afro-ed down and dressed in a black velvet skirt to her knee, sheer black hose, open toe-ed shoes. Her alto speaking voice was charged with authority and levity. As the brothers would say—and as Sonia Sanchez would spell it—she was a badddd “people” in every way. 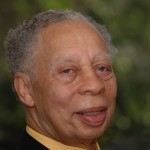 She became my teacher, my sister, and my friend. The first course I took from her was team taught with Dr. Richard Long. What a gift that was to young students to have two generations and genders, two brilliant thinkers and artists sharing what they know and do. Toni taught all over the place—on the campus, in the community—most famously at the Neighborhood Arts Center—and in her home on Simpson Road in Bankhead.

Nikki Finney and Shay Youngblood are among the writers well-known today who also sat at Toni’s feet on Sundays, once a month for more than a half dozen years. We called ourselves the Pamoja Writers Guild, and in addition to coming together around potluck meals to encourage each other in our writing, we produced public readings—e.g., we poets reading and sometimes accompanied by the likes of saxophonist Joe Jennings in gallery space in the West End. Those were the glory days.

Toni was a citizen of the world, a champion of human rights. She loved Black people and being Black. She created community, including Pamoja. Toni applied her talents as an organizer and social critic to her work as an artist and mentor of artist. Out-of-town writers, such as A’Lelia Bundles, and we local folk went to school on Toni in that house on a corner for more than a half dozen years.

What I took away as a writer and creative:

She was a note-taker and a list-maker. Snatches of dialogue that came to her would be captured on napkins, the back of envelopes, or grocery bags. She was a dreamer and seer. A conjure woman. In the words of Morrison, she was an “exhilarating intellect.”

She read people; she read me. Stopped by my little house in Southwest Atlanta in the mid-80s and said, “You need to go to New York.” She came with a typed list that she wrote notes on for me as we talked. Check out the Clark Center for dance, Cheryll Greene and Marie Brown for what’s happening on the publishing scene, John O. Killens for his writers’ workshop, and so on. She got my dreams and mumblings and helped me get together a plan. 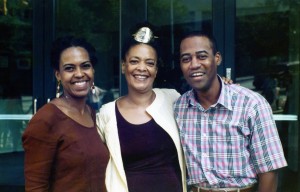 Soon, I was seeing Toni in New York and in Philadelphia, where she lived her last years, as well as Atlanta, particularly at the National Black Arts Festival. In New York, ever the connector of people, she brought me along to share some of her times with Toni Morrison, including a dinner at Café des Artiste with Morrison after her extraordinary collaboration—I think it was called Ndegge—with Bill T. Jones and Max Roach. But, the times I had simply to crash at Toni’s place in Philly to talk into the night are no less a treasured memory. 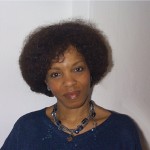 She gave me new notes and lists, a fantastic one that prepped me for my 6-week stay in London. I had been awarded a fellowship, residency program of sorts, to expose (an under 30) American editor to the London publishing community. Through the program, I sat in with mainstream publishers, such as Collins, Hamish Hamilton and Virago. By way of Toni, I was introduced to the Pan African/Caribbean literary community: Margaret Busby, Jessica Huntley, and so on. She advised me on where to find good food, i.e. Brixton and Indian restaurants and even how to hear the language, watch the East Enders.

She, of course, expected that these experiences would find their way into my writing. I wish she were here to read this. Her passing still comes as a shock, as jarring as the passing of my grandmother Eula who transcended that same winter of 1996.

I saw her the last days when she came to New York City for the launch of a documentary film on W.E.B. DuBois she collaborated on with Louis Massiah. That visit took on a greatest importance, especially for friends who were local. Crystal Britton pulled my coat to what was happening with Toni, but not in a straightforward way. She called me one evening and said, “Toni is here and wants to see you, come now.” They were at Toni Morrison’s place in the old police building in Soho. 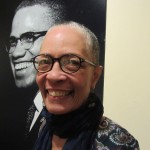 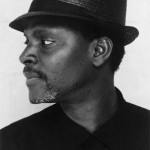 I would go back again and again for the next few days to be with her and other friends, including Clyde Taylor, Sekou Sundiata, Cheryll Greene, Linda Holmes, Louis Massiah, Manthia Diawara. Toni could have assembled this group to get together even on a good health day, but she was not in good health. I remember talking about everything but cancer with Toni, except that she did lean into me in a moment when we were alone and said, “Take care of your health. It’s important.” I swallowed hard. In another moment she lifted the vibe and complimented me, “I always liked the way you dress.” 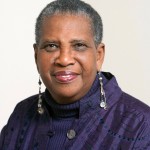 Living in Harlem keeps me in regular touch with Toni’s spirit in a special way. It is here soon after her transcendence that someone stepped to me and said, “You look like Toni Cade Bambara.” A few friends had made the same remark, but this woman didn’t know me. I knew her though; she was Byllye Avery. I knew her as the director of the National Black Women’s Health Network in my Atlanta days.

I smile and thank her, flattered as I am that she would see anything of Toni in me. I know how match her flyness of neither mind nor body. But, I have grown in her light every story I’m moved to tell, every action I take with the intention to make the world and myself right, I open my senses in the event I get a visitation, a note—and a list—from Toni.

Editors’ Note: We are eternally grateful that when Malaika Adero was the Vice President/Senior Editor at Atria Books/Simon & Schuster, she published a new edition of The Black Woman: An Anthology by Toni Cade Bambara. She brought this timeless anthology back into print with a new introduction by Dr. Eleanor W. Traylor. 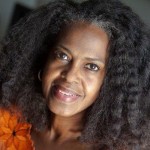 Malaika Adero is an independent publishing consultant and writer. She is publisher and creative director of www.homeslicemag.com, a lifestyle publication and marketplace. She is also the author of Up South: Stories, Studies and Letters of This Century’s African American Migrations and coauthor of Speak, So You Can Speak Again: The Life of Zora Neale Hurston with Dr. Lucy Hurston. Among the acclaimed artists she has worked with are Reyna Grande, Touré, Jewell Parker Rhodes, Miles Davis, and George Clinton.

Related ItemsBlack women writersHuman RightsNational Black Arts FestivalPamoja Writers GuildThe Black WomanW.E.B. Du Bois: A Biography in Four Voices
← Previous Story I’ve Got Something To Say About This: A Survival Incantation
Next Story → Unleashing the Power of the Soul: Spirit and Spirituality through Toni Cade Bambara’s The Salt Eaters and John Bolling’s The Spirit of the Soul (Part I)