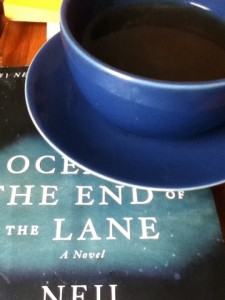 The rich, bitter, earthy flavor didn’t jive with his tongue.

He hated the way the taste clung to my lips;

I only drank coffee for the first month we dated.

I got tired of chewing gum to be kissed.

I got tired of being told I talked too fast.

when I didn’t care as much

and wouldn’t stay up late.

We were together so long I forgot our first date.

The way he insulted my favorite book.

Where I ordered coffee and he crinkled his nose.

When we sat in the park,

and the middles of my sentences,

… heralded the start of his.

When he noticed the changes,

the way I didn’t debate with him.

The lack of richness on my lips,

scenting my perfume, instead of espresso.

He liked who I was.

Changing such a simple thing,

took my loud mouthed, creative, self;

and made her… meek.

My boyfriend had never liked coffee,

and I finally realized, never loved me.

He wanted my lips, and not their rich, bitter, earthiness.

I was not made to jive with his tongue,

with its benevolent belittling.

“Honey, don’t worry about that paper, you don’t need to pass.

I can take care of you.”

He wouldn’t kiss me while it clung to my lips.

When I said good-bye, I took a sip.

It tasted of finality,

I downed coffee until I couldn’t tell the difference

between it, and my blood.

I reveled in that rich bitter earthiness that jived with my tongue.

The middles of my sentences

… heralding the ends of my sentences.

And my ex-boyfriend has a new girlfriend who doesn’t talk as fast.

I wish them well, especially when my new boyfriend leans in to kiss me,

Smiling at the rich, bitter, earthiness that clings to my lips. 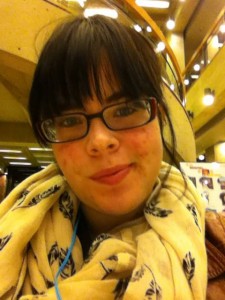 Shelby Simonsen is studying Psychology and Anthropology at Ball State University. All her life, Shelby has been told to “be good.” While still trying to figure out what her mother and grandmother means, she knows that they are strong, beautiful, independent women and if “good” has anything to do with that, then she’s headed in the right direction. Always encouraged to read books, Shelby reads widely and almost constantly. She started writing as a way to come to terms with the things she saw and felt on a daily basis. Shelby hopes to work with individuals from around the world who are suffering from Post Traumatic Stress.