Dancing while Laying Dead in the Street – The Feminist Wire

Home / Uncategorized / Dancing while Laying Dead in the Street

Dancing while Laying Dead in the Street 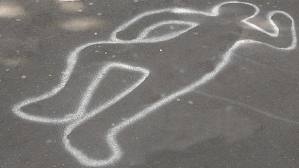 The poet Claude McKay wrote a poem called “The Lynching” where he vividly describes the lynching of a black man and says,

And little lads, lynchers that were to be,

Danced round the dreadful thing in fiendish glee.

We thought about that line and the history of lynching as we read about the police shooting of Mike Brown, an unarmed college bound black young teenager, Saturday in a St. Louis suburb.

Though his death was not a “lynching” (in the literal sense of the term), his body was left in the streets for all to see for hours.  Historically, the lynching of Black men was used as a form of terrorism targeting other American citizens and as a way to send a message to other Black Americans, of what can and will happen if you decide to exercise your rights — your right to vote, your right to an education, your right to own property or even your right to address someone whose skin color didn’t match yours.

Lynching became something all to commonplace in American.  A body would hang for hours, sometimes with tags placed on the body, warning others to not cut it down.  These tactics were used to spark fear in the hearts of Black Americans everywhere.

So what message does leaving the body of a slain unarmed Black teen in the suburban streets for hours send?  What message does arresting the couple that videotaped the death of Eric Garner (Chrissie Ortiz and Ramsey Orta) send? What message is being sent when police officers call other Black American citizens “animals”?

The history of America has taught us that Black life has not always been valued and now we are being reminded of that.

The practice of lynching not only terrorized Black American citizens but it desensitized White Americans to the horror and inhumane act, that was lynching.  Claude McKay wrote,

The women thronged to look, but never a one

Showed sorrow in her eyes of steely blue.

Social media has been wonderfully successful in exposing the mass acts of terror that are enacted towards Black and Brown Americans daily but is White America being deadened to the point they don’t feel the need to get involved.

Day dawned, and soon the mixed crowds came to view.

Claude McKay spoke of the spectacle of a lynching.

These modern day lynchings are somebody else’s problem until they happen occur at our doorsteps. We show up to post commentary on our social media sites and wear hoodies in solidarity, but very few of us do more than talk about America’s problems. Change requires a nation willing to nurture and protect all of our children. Change requires people who band together to say enough is enough and be a collective voice for equality. Change requires unification as we deal with systemic issues. Change requires demanding answers and changes to the political structure that exist and not calling for the name of an officer so we can exact revenge.

We have to be willing to challenge our own status quo, beliefs, and prejudices. And we have to be willing to talk about them, correct them, and move on from them. Until we do, we will continue to devalue the lives of people that are different than us. We are all responsible if we fail to act, protect, or speak up for those who have no voice.

We all should be angry that Mike Brown was shot, killed and put on display for all in his neighborhood to see. We can’t just stop at being angry though; we have to take time to understand this individual shooting is connected to a set of broader structural issues. We must make sure that this never happens again.

One of us grew up with a father who was in law enforcement and from a young age I had a protocol when dealing with the police. He said son, “People are sacred of you because you are black.” Even my father, a Black police officer, feared his Black son could be a victim of police brutality. I never asked why; only speculated and concluded that White male police officers hated Black men. I in return did not care too much for White male police officers. So imagine the tension that exists when a White male police officer conducts a routine traffic stop and I am involved. My blood boils and I have to make a decision on how I respond.

We Black persons have a place in American society, our lives matter. You can lynch us or beat us or shoot us, but that will never diminish our courage. Our legacy as a tenacious people will remain. 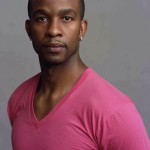 He’s currently the Executive Director of the You Can Play Project, an organization dedicated to ending discrimination, sexism and homophobia in sports through the creation of curriculum, programming, trainings and conversations focused on inclusion and diversity. In 2013, he co-founded the You Belong Initiative with Darnell L. Moore, an organization that offers LGBTQ and straight-allied youth a series of 3-day comprehensive sports instruction and leadership development clinics; as well as the creation of a Speaker’s Collective aimed at providing support, promotion, and community for LGBTQ professionals of color. Also, he has accepted an invitation to teach at New York University within the Sports Management department in the fall of 2014. 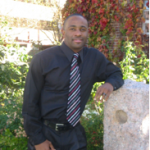 Michael Jennings’ mission in life is to inspire audiences with heartfelt words that are based on his diverse life experiences and story telling. A former collegiate athlete, Michael has experienced the ups and downs of trying to achieve success on and off the field. He uses his life experiences to inspire and empower young people to accept and nurture their greatness through empowering others. He believes that everyone can achieve their dreams but many of us fall victim to our circumstances, fear, self-doubt and excuses.

Michael earned both his Masters Degree and Bachelors Degree from Texas A&M University. Where he was a member of the Fighting Texas Aggie Football team. Currently, he is a College Advisor at George Washington High School. Michael is married to the very lovely LaRae Scott-Jennings and they reside in Denver, Colorado with their turtle Spot.

Related ItemsFergusonlynchingMichael BrownMike Brownpolice shootingPolice Violence
← Previous Story An Open Letter to the loved ones of those we lost….
Next Story → Burying Our Babies: Letter from Los Angeles to Ferguson