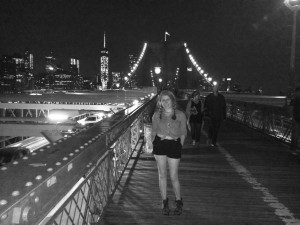 She has my eyes. They’re a cool dark-blue, shaped by chubby almond lids and framed by cornstalk blonde hair. They’re our eyes. When I look at pictures of me next to ones of her as a young girl, I have to find my father’s subtle Eastern-European features in my face before it is clear it is not an image of my sister, but my mother. But if I look even deeper, beyond our corporeal parallels, there is an elusive grey area.

I’ve always had a longer familial narrative than most of my friends. In early 1995, my father decided he was ready for parenthood. For most of his life he had wanted children, but had never married or felt ready. That same year, my mother, with a family of her own, decided she wanted to be a surrogate. The two eventually met through an agency and, a few months later, I was conceived through artificial insemination. Genetically, I was born equally his and hers. However, I live primarily with my single father, while my mother has been a mostly tangential figure. We visit and communicate though bi-weekly phone calls, but our worlds function separately, and often seem culturally irreconcilable.

As a conservative, blue-collar, and self-proclaimed “hillbilly,” my mother lives a life antithetical to my own in New York. I am urban and she is rural. I am Jewish and she is Catholic. When I visit my half-sisters and brothers in their Oklahoma university town traced with highways, cattle farms, casinos, and cul-de-sacs, I’m in an alternate reality. It is clear my mother and I are living drastically different American lives; it seems impossible that I could be hers. We are a culture war caught between generations, drastically impacting, and perhaps confusing, my own perception of women, feminism, and maternity.

As young girls, we are encouraged to look to our mothers as our guides towards womanhood. This makes sense, perhaps human nature. Yet, the two worlds I grew up within posited different views of the “ideal woman.” In New York, where my mother seems an empty space being a “good” woman meant being forward: hard, fast, city-speed, and career-driven female. Children, if anything, burdened success. They came later, and were not the priority.

As a child, the relationship between women and procreation seemed indirect to me, at the least unnecessary. In my New York bubble, the world of my father, I was raised with the sub-conscious belief that femininity was foreign.  Adding my little brother and uncle, the three closest people to me in the world were male. I never felt like my family lacked normality until later in adolescence. I had a natural affinity to be friends with boys. Girls liked make-up and the color pink and spoke quickly with high-pitched voices. Girls were annoying. Girls didn’t exist in my little apartment, my home. I only knew how to understand and befriend what seemed familiar; thus, girls, and women, were alien to me.

Further, I was always acutely aware that the single mother narrative was more easily swallowed and mass-marketed than an older, single father in the city with two children (my little brother is another story). People were uncomfortable with the idea of a man raising a daughter without a woman living in our household. I noticed the snide comments of PTA mothers, slightly “concerned” teachers, and questions raised by female family friends. I remember angrily changing the channel whenever a Jif Peanut Butter advertisement played “Choosy Moms Choose Jif!” The commercial would ring and I bitterly questioned corporate America’s construction of parental gender roles. I heard: “You need a mother. A real mother. You should want a mother…. but you also can’t have one.”

I learned that there was an established female space—full of knowledge attached to specific code of behavior I was supposed to learn. I was led to believe that being a woman was a “special skill,” something a man, my father, couldn’t teach me. For all logistical purposes, I thought because I lacked a mother, I could never really be a girl. I wasn’t raised to preach the feminist platform, but rather valiantly defended my single father. I was unintentionally taught to be uncomfortable with femininity, sex, and all the “girl things” I never had the chance to talk about.

Additionally, my male-centered family hyper-feminized any interaction I had with my mother. She was “the woman.” I automatically associated and conflated her to everything being female was supposed to represent and everything I couldn’t be a part of with my father.

The various elements of womanhood were the primary topic of conversation when I visited my mother as a young girl. This dominated our relationship.  We are close as women but not as people. As one of the only adult females in my life, my mother served a pragmatic purpose in explaining all the things my father felt she shouldn’t as a male. This left with the impression that: (1) gender, sex, and feminism are uncomfortable; and (2) my relationship with my mother was exclusively needed and defined by those things. Thus, I believed femininity necessarily meant motherhood. The two became interchangeable.  At first, it seemed inane to understand being a woman as anything beyond having the ability to conceive children.  My mother truly believes that being able to birth, to mother, is her primary responsibility as a woman.

Yet, she never saw that definition as particularly limiting or oppressive, a view completely dichotomous to what I saw, and believed, in New York.

My mother has a unique and empowering relationship with maternity. She wakes up early in the morning to prepare breakfast for her husband. She does laundry and helps her children get ready for school. She leans and cooks; she fulfills what we might consider the domestic female archetype. She does it with grace, intelligence, and strength. My mother found an admirable and specific joy in staying home and raising her children, all seven of them, save me. She found her female autonomy within motherhood—inspiring her to become a surrogate and conceive me. My mother asks: “I allowed someone to become a father, to have a family… what is more powerful, more meaningful, than that?”

The understanding of my mother’s “agency” intertwined with domestic maternity contradicted the ideal New York had “taught” me. I never thought I needed a mom (I wondered if I had ever had one). Yet, my surrogate mother had defined her womanhood by being a mother, both for the children she raised and for the one she simply birthed. For me, being a girl is simply one of many traits that define me. For my mother, her ability to be pregnant, to procreate, shaped her entire life. It has given us an incredibly unique story, as well as the freedom to define “family” outside the traditional paradigm.

When I stare in the mirror, I see her face, her cheeks, and her eyes looking back at me. Figuring out who I am in the context of my family feels like balancing nature and nurture. What keeps us together, despite utterly different perspective and experiences, is our fundamentally analogous personalities. We are both unapologetically opinionated, independent, and wary of acknowledge our own obstacles. We have completely different goals as women, but similar strategies and attitudes when we strive for them.

Our relationship is fluid. At times, she is simply someone who contributed to my DNA, but at others, she is the woman I am closest to in the world. She has been the person who taught me how to discover what I want and how to stand up for myself.  She’s not an empowered woman because of the life she lives, but the fact that she chose to live it her way.

My mother exposed me to a world I would have never known, and has taught me to ask and answer questions independently. If parents are supposed to help their children grow, my mother let me shape my own identity through her absence in my daily life. At the same time, she exposed me to a personal strength I cannot help but want to emulate. She taught me how to be the woman I want to be.

The word surrogate, from its Latin roots, means to elect a substitute. The replacement, through choice, is just as good as what was originally intended. By my title, I mean to say that feminism can be the product of a woman choosing to discover and determine her own relationship between maternity and female agency. For some, like my mother, the two are inseparable. For others, maybe myself, they function exclusively.  Feminism is personal, it requires exploration and choices, and it can be contradictory. 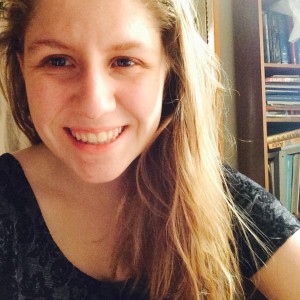 Rebecca Heilweil is a young Jewish-American woman and a proud New Yorker. Her interests include constitutional law, public policy, and the study of gender and family dynamics. She plans to pursue these interests at the University of Pennsylvania in Fall 2014.

Related Itemsbody politicsCultureFamilyfatherhoodfeminismGenderMotherhoodPersonal is Political.PoliticsReproductionsexismYouth
← Previous Story Op-Ed: Why Buzzfeed’s Birth Control Activism Is Appreciated but Misguided
Next Story → Touching Base with Tayari Jones: An Interview on Black Female Writers and Readers