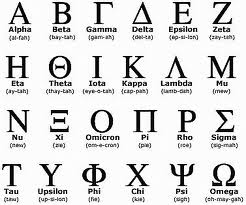 A group of girls stand in line at the back of a large house with white French doors, the only thing that divides you and your group as outsiders. This is the fourth door you’ve been to and the house is an olive green with the trim a lighter version of olive. On one side of the French doors stands a six-foot-something red head, her wide mouth, with what looks like bleached-white teeth, taking over most of her freckled face. On the other side, two women stand together with clipboards, the ends of their lips stretch. Their eyes scan the line of girls. The red head gives a speech, publicizing her win of this year’s Miss Florida. The other two welcome everyone and introduce one another as President and Rush Chair, respectively. You decide these are the women you’ve wanted to be your whole life: beautiful, desirable, intimidating. Poking your skin through the pocket of your shorts is the corner of the index card with your name inscribed on it.

When the doors open, a group of over one hundred women are arranged in layers that remind you of euphoric cartoons in pop-up books. You are breathless. A sister who introduces herself—while you fumble your back pocket for your name card, hand it over, hoping your identity forever sticks to the palm of her hand—guides you inside.

An ocean of turquoise-colored tops and white-colored bottoms crash against more variations of olive colors that make up couches, benches, carpeting, and chairs, while clapping and singing their sorority renditions of Lynyrd Skynyrd’s “Sweet Home Alabama” and Dave Matthew’s “Ants Marching.”  You clap along and smile. You can’t stand the idea of looking left out.

You pledge to the house of olive greens and white. You perform the secret ritual, the one that bonds you as a sister for life. In this ritual, your sisters hold hands in a circle. You were supposed to keep your eyes closed, but you opened them to see bowed and sleeping faces lit by candles. It is ethereal yet expected. It feels just as you thought it would, this feeling of belonging.

You wake up in your sorority’s living room. You are wearing the clothes you wore last night: jeans, a black halter-top, and matching heels still attached to each foot. Your skin is covered in silver craft glitter. You smile and remember your first “banner dive.” A rite of passage where drunken sisters run and soar through other sorority house banners of painted cotton sheets that are tied to wooden posts outside the Greek Park houses. The banner you dove through was congratulating an engagement. You laughed in horror while stuffing the hand-painted pink sheet and its massive glistening diamond ring center into a nearby garbage can.

You are dismissed from your university on bad academic standing only after one year. Sisterhood is replaced with awkward tension and eventual silence.

Two years later, when you have enough community college credentials to come back to the university that kicked you out, you sit in an atypical literature class that analyzes the texts by and about women of color. Your professor presents the fundamentals of feminism. You cover the spectrum of the word. Your body that started off sunk into its chair turns into engagement, into what you feel you should have known all along.

You recall elementary education, where you first learned about your forefathers, the men who are credited with the 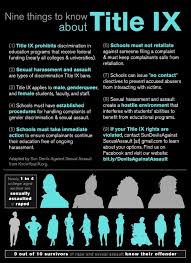 beginnings of freedom. You were never told that you, as a woman, have the right to: birth control, abortion, paid maternity leave, and play sports under educational funding. All because of Eisenstadt v. Baird, Roe v. Wade, the Family Medical Leave Act of 1993 (only two years after your birth), and Title IX. You feel guilty because you had limited feminism to exclusive assumptions of butch lesbians and rioting neurotic man-haters.

Feminism is easy. She grabs you by the hand and revisits your past. She makes your anger purposeful and necessary. She gives your anger a lined display: stories of oppression. She gives you a gun, and you aim. Your fingers never quiver.

You walk into the room of your first women’s studies course a semester later. Bright blue seats are connected to gray U-shape tables that wrap around the room, like the arches of each color in a rainbow or a system of big spoons and littler spoons. You look around and find a seat near the right corner. You wait.

As each woman enters the room, you smile at her. Some weakly smile back and others look away and sit down. None sit next to each other except two women who already know one another.

A white woman who wears lipstick and has unshaved legs, an older white woman in her fifties, a woman of color who is pregnant, a white Jewish woman who raps and calls herself “Lil’ Chaim,” and you.  No one looks the same and this excites you. But so many chairs separate you into unmapped islands. It is disappointing, but you are still hopeful.

One day Roxanne, the pregnant student who has a purple backpack with wheels that follow her while she grasps the handle sticking out from the top of the bag, was teeming with a particular kind of exhaustion. Her eyes are deep set more than usual, and as she walks into the classroom and sits down in the far right corner, a few seats away from yours, she sighs.  You two have become friends over frustrations within the classroom: the professor’s lack of patience with women who didn’t get concepts, the women who take every minute of class to understand their worth, your group members who expect you to carry the project’s weight and your mutual feeling of discomfort for the 75 minutes of class, a feeling you wonder about every Monday and Wednesday.

The frustrations come to a head. Roxanne tells you about the girl with red lips and unshaved legs, who is the leader of an organization who fights for the fundamental right of every individual to manage his or her reproductive rights, tells Roxanne in a last minute’s haste that she is going to do her project without Roxanne.  Roxanne—a woman who has negotiated the bold lines of intersectionality through her identities as a soldier, mother, black, and without class privilege—is screwed over by this white liberal woman.

You are livid. Maybe the classroom didn’t meet your idealized version of feminism but you can’t understand why a girl who challenges traditional notions of femininity and who calls herself a leader in an organization dedicated to helping individuals, would exclude another human being. Maybe she has ideas of her own. Maybe something happened that you should consider.  But you don’t. Not completely.

Because you know better.

Because you have felt the pain of exclusion in countless places—particularly in women centered spaces, like the sorority and the feminist classroom.

You countlessly took care of vomiting sisters in party buses on the way to socials and at clubs. The next day you waited for those girls to hug you, thank you, and somehow grow a friendship of strength based on the fundamentals of shitty alcohol and bile. They didn’t.

You remember the ritual where candle lit faces held hands and sang secret songs. All of its promises of unity and perceived sisterhood that even Feminists didn’t seem to bother with. 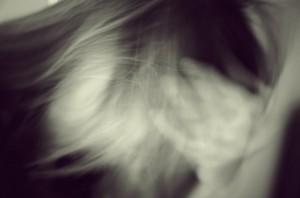 You are in your senior year, sitting in the back of a car on the way to your internship. The other two interns, freshman and junior, sit in the front, exchanging sorority talk about sisters, guys, and social functions. They are not part of your old sorority, but you are reminded of how much you loved who you were when you were in one. This is unsettling. You remember finding out the truth about that love: of the 200 sorority girls you admire only a handful, and especially not yourself. You are not included in the conversation. You count how many times you hear like and literally.

You are up to twelve likes and you smirk. It makes you feel smart. You think proudly of yourself, for not participating, and for going against some societal norm. You use social media as a platform to boost yourself and depreciate these younger girls in the front seat.

What would you even say if you were invited to join the conversation? You wonder if you are justified or just plain intolerance. You shake it off and finish the social media rant and click post.

You are convinced you know better because you think you are rare. You read about gender equality. You know names of women who go unrecognized, women buried. You post petitions. You call government officials, demanding rights for women.  You slip up anyway. You compromise yourself. You publicly display your insecurity and anger as a joke and bruise the confidence of the young women in front of you; the girls who started off as exhibits and revealed themselves to be human when they told you about the disappointment they felt after seeing the post. You hate every part of it, letting such a small, petty action get the best of you. You are the woman who is supposed to love other women, the woman who wants a sense of female unity. And yet, you consider yourself lucky that you even feel this way. You find it difficult to let go and hard to forgive yourself.

In this patriarchal world you hate parts of yourself, but this time you hate a part of yourself because of you and you alone. You now know why feminism is difficult: women with anger and bad aim. Maybe it’s the tears that have caused your vision to blur. Maybe it’s your feet that stand on uneven ground. Whatever is true, it’s the target of your anger that truly gets you.

These are the feelings, the curses and blessings, of being an angry woman in the feminist community that desperately reaches short of liberation.

Colleen Ladd is a recent graduate of the University of Central Florida with a Bachelor’s Degree in English and Creative Writing. She lives in Orlando, FL with her extremely supportive boyfriend, Keal, and her White German Shepherd, Peach. She is currently working any chance she gets to save up to go to graduate school for a MFA in Creative Writing with a concentration in non-fiction. She wants most in life to be a part of something bigger than herself.