Op Ed: Why On Earth Do We Let Colleges and Universities “Handle” Their Own Rape Cases? – The Feminist Wire

Home / Bodies / Op Ed: Why On Earth Do We Let Colleges and Universities “Handle” Their Own Rape Cases?

Op Ed: Why On Earth Do We Let Colleges and Universities “Handle” Their Own Rape Cases? 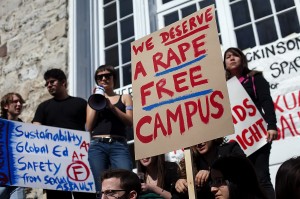 On Tuesday, April 29, the White House issued a set of guidelines designed to address the hot-button issue of rape on college campuses. It would seem that the issue of sexual assault in the military has taken a back seat to the growing awareness of just how often college students are victimized sexually by other college students.  There is a push to gather more information as well as to re-think the ways in which these incidents are handled when they are reported. While I fully support these efforts, I am astonished at what I have learned in just the past few weeks about the culture of silence and ineptitude that surrounds this issue.

Three days after the first shot across the bow, the US Department of Education released the names of 55 colleges and universities currently under investigation for their mishandling of sexual assault cases. While I am pleased by this progress, one enormous question remains looming in my mind: why are colleges and universities “handling” sexual assault cases? If I were raped in the bathroom at my local supermarket, I wouldn’t expect the grocery store to “handle” it. I would call the cops and I imagine the grocery store would support that 100%. I’m not sure how or when this system of separate investigation and punishment began, but what it has created is a dangerous double standard that both perpetuates rape culture and allows some perpetrators to avoid well-deserved consequences.

Most colleges and universities are in a unique situation, given that a large number of students live in residence halls or school-owned properties. The majority of them have their own security force that is charged with keeping students and staff safe and most have also created some sort of internal judicial council, often comprised of staff and students. But there has to be a line drawn somewhere and it seems to me that these schools aren’t doing themselves any favors by taking on responsibility for dealing with crimes that are clearly out of their league.

As I see it, there are two major issues with the way these systems are crafted. The first glaring problem is that these institutions are not set up to investigate crimes and mete out punishments. They never were, and they frankly have no business doing so. In a May 1st NPR report, Tovia Smith asserts, “…colleges have a fundamentally different mission than the criminal justice system,” referring to remarks by Colby Bruno, senior legal counsel for the Victims Rights Law Center. Bruno’s work with victims has taught her that schools are more often than not dealing with allegations of sexual assault through an educational lens rather than from the perspective of justice. This process is probably just fine when it comes to students who have stolen school property or engaged in drunken vandalism, but when it comes to felony offenses, it is patently absurd.

In 1986, following the rape and murder of Jeanne Clery in her dorm at Lehigh University, Congress enacted a law requiring all colleges and universities receiving federal financial aid to disclose information about crimes committed on or near their campuses. I would say that notifying potential students of sexual predators living in their midst qualifies under this statute. And notwithstanding the legal ramifications of failing to report such crimes, I can’t imagine why any college or university would think it was a good idea to use their administrative or security staff to determine whether a crime had been committed when there are trained professionals who are paid to do just that.

Claire Gordon, a journalist for Al Jazeera America wrote an article on April 17th in which she also interviewed Colby Bruno. In one instance, Bruno is quoted as saying she has “met many school administrators who don’t understand or believe in their own policies.” If that is true, why would any school think it was a good idea to have their own policies and procedures in place to investigate serious crimes like sexual assault.  Why wouldn’t every school simply defer to the laws that are already in place and outsource the investigation and prosecution to those people who are qualified? The fact that we have separate systems for college students and military personnel than we do for everyone else means that a college student who is determined by their university’s judicial process to be guilty of sexual assault is not held to the same standard as any other individual walking the streets of this country. Why is rape any different when it is committed on a college campus?

It has been purported that students are often reluctant to report rape and other sexual assaults to authorities because they feel they will be re-traumatized by the police investigation process. It may initially feel safer to report a rape to someone on campus, but that is not a good enough reason to allow schools to police themselves, especially when it is becoming increasingly obvious that they are not capable of doing the job properly. Given what we now know about the absolute train wreck most colleges have made of dealing with such complaints, this strategy ultimately doesn’t serve the purpose of keeping students safe or punishing perpetrators adequately for the seriousness of their crime. Private investigations by university staff, who are not held to the same legal standard for information gathering as police officers are, could inadvertently have the effect of hindering a proper police investigation when and if the assault is reported.

In March of this year, a group of students at the University of North Texas created a petition on Change.org to pressure the school into providing rape kits in the health center on campus because the nearest hospital is five miles away. I have to say I disagree with this idea strongly.  If I were a victim of sexual assault, I would want the most highly trained person to administer my rape kit so that I could be more confident that the evidence would result in a conviction. Imagine the chain of custody nightmare that could ensue after a college health center employee administers a rape kit and the field day a defense attorney would have with whether or not evidence was collected properly.

Beyond the fact that colleges are woefully unprepared to handle serious criminal investigations, there is an obvious conflict of interest in doing so. Claire Gordon’s piece points this out quite glaringly. About fifteen years ago, Brett Sokolow, a consultant who works with colleges and universities around the issue of sexual assaults on campus, came up with a plan to “rebrand” rape for those schools. Sokolow explains that many of the schools he worked with, “had policies about rape, and recognized that rape happened. But when it came down to it, they just didn’t want to believe their own students actually raped.” Because he noticed that many college administrators were “squeamish” about the word rape, he ultimately coined the term “nonconsensual sex” which has been widely accepted by and integrated into the policies and student handbooks of a large number of schools over the last decade or so. Sokolow believes that this more bland term allows schools to have difficult conversations about criminal allegations more readily. Many victims’ rights groups beg to differ, saying that the word rape is ugly and uncomfortable for a reason – because the act itself is ugly and uncomfortable.

Frankly, these schools often invest a significant amount of time, energy, and sometimes, money, in their students, and nobody wants to believe that someone they admitted is capable of a violent crime. But the fact that so many of them are so incredibly uncomfortable with the idea of rape that they have to rebrand it in order to have frank discussions about it is precisely the reason they ought not to be in the business of investigating and punishing rape. Yes, the stakes are high if you botch an investigation and accidentally punish an innocent person, but they are equally as high if you allow a rapist to get away with the crime because you don’t want to ruin his life. How many sex offenders are on our college campuses offending again and again because their school lacks the resources and knowledge (or backbone) to adequately address the accusations of another student? How is that not a liability? And how is it fair to the students who remain on campus completely unaware that they are living among rapists?

In that same article, Gordon notes that, “According to a 2010 investigation by the Center for Public Integrity, only 10 to 25 percent of students found ‘responsible’ for a sexual assault were permanently kicked off campus.” These students are not behind bars because investigations carried out by schools are not legally binding. But when an attacker is allowed to remain on campus to pursue his degree despite the fact that a preponderance of evidence showed that he was guilty of victimizing another student, exactly what is the college saying? It says to me that they have determined that one student’s concerns are more valid or valuable than another’s. By failing to properly address these issues, the university is reinforcing the messages that perpetuate rape culture, that rape doesn’t really matter, or that rape victims don’t really matter, that rape “isn’t that bad.” If I were raped by a fellow student who was determined to be guilty but not removed from school, I think it would impossible to feel safe on campus anymore. I wonder how many female students have left school because their attacker wasn’t forced to leave.

In giving over the investigation and prosecution of all sexual assault cases to local authorities, colleges and universities would be doing themselves and their students an enormous favor. While there still may be some privilege or bias on the part of individuals involved in the investigation, it is less likely to matter whether the accused is the star quarterback of the football team. Yes, our legal system has a lot of room for improvement when it comes to rape, but if rape is so awful that colleges and universities can’t even bear to use the word, they certainly can’t be trusted to thoroughly investigate rape allegations on their own. And there is no reason whatsoever that a college student ought to be treated differently than any other individual when it comes to serious criminal behavior. Living on campus or in a fraternity or sorority house does not render you above the law.

The recent actions of the White House and the Department of Education are admirable as a first volley in this battle, but it is far past time for us to take rape and sexual assault inquiries out of the hands of colleges and universities forever. 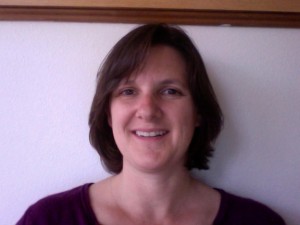 Kari O’Driscoll is a non-fiction writer and book reviewer for BookPleasures.com. She writes about social justice, health care, parenting and spirituality, and her most recent work has appeared in “Get Out of My Crotch! Twenty-one Writers Respond to America’s War on Reproductive Health and Women’s Rights” and “The Cancer Poetry Project, Part 2.” Previously, her work has been syndicated by BlogHer Publishing Network and published in the online magazine BuddhaChickLife, as well as The Feminist Wire.

Related ItemsDepartment of Educationhigher educationrapesexual violenceuniversitiesWhite House
← Previous Story The Politics of Turning Rape Into “Nonconsensual Sex”
Next Story → “Infiltrate What Exists, Innovate What Doesn’t”: Mentoring in the Academy, Leading By Example Part 1