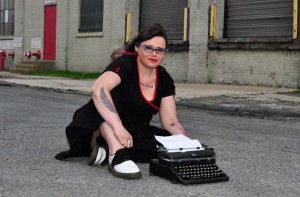 The first time I met Sassafras Lowrey was in 2011 at a queer studies conference in Asheville, NC. I had the pleasure of taking a writing workshop with Sassafras and remember being amazed at the honesty ze provoked from people in the room. Sassafras gave the workshop attendees space to dig into sore and uncomfortable places that had been buried over time. Ze facilitated ways to heal through writing with passion and ease. Ze has an incredible knack for allowing readers to be vulnerable alongside of hir, the scenarios, the true stories, and the fictional characters which ze creates.

Lowrey is an internationally award-winning author and is based out of Brooklyn, NY. Ze writes through the lens of a genderqueer femme and has contributed to many successful anthologies. Sassafras is the editor and creator of Kicked Out, an anthology bringing together voices of queer homeless youth. Roving Pack, Lowrey’s powerful debut novel,

BS:  As a queer and trans writer myself I understand that my upbringing played a major role in the work I do today. I was faced with homophobia, transphobia, and severe misognyny on a daily basis within my household. Could you tell me a little about where you come from? When and how you’ve evolved into your current gender identity and presentation?

SL: The word “Paradox” is tattooed across my chest and in many ways that’s the best word I’ve ever found to define who I am and how I have and presently exist in the world—including spending my youth embodying various butch and trans masculine identities and spending a couple of years on testosterone. I got my start writing as a punk zinester at a time when my gender was in major states of transition. I try to keep those experiences and that energy alive in my work.

SL: I write to make sense of the world around me, I am particularly drawn to writing the kind of stories that I needed but couldn’t find at times in my life. I write because I don’t know how not to, because I have stories inside that need to find their way out.  And I write because I have a community that has told me that the stories I put out into the world matter to them, keep them company, and help them to feel less alone and less isolated.

BS: Are you working on anything currently? If so, can you tell me a little about it?

SL: My novel Roving Pack released last October, and then I had a fun little erotic anthology titled Leather Ever After release in January, both of which have kept me pretty busy over the past few months. My next book is going to be another novel titled Lost Boi. I’ve been working on it since the start of the year. Lost Boi is a queer and leather retelling of the “Peter Pan” story. In this modern gutterpunk retelling, readers are swept away into the world of lost bois living on society’s fringes in their own squatted Neverland. The orphaned/abandoned/runaway bois have banded together with mermaids and pigeons against their sworn enemies – gentrifying pirates and culturally appropriative urban primitives. The lost bois having sworn their loyalty to Pan and Mommy Wendi fight and fuck in a world of kinky created chosen family and hierarchy. It is told from the perspective of Tootles, Pan’s best boi as he struggles to resist the forces of the biggest enemy of all- growing up.  So far writing this new book has been both fun and challenging. As a storyteller, I am trying to bring to life some really intense themes and offer a new, queered take on this well known story. 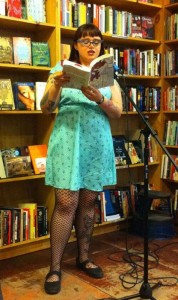 BS: It’s sort of ironic to ask someone who is so fluid and non-binary this, but if you could place your work within a genre, what would it be?

SL: I see my work first and foremost as queer. I want more than anything to write lives, bodies, and worlds as queer as I have experienced them. I know that a lot of authors want to be seen as an author first and as LGBTQ secondary, I’m the opposite. I want to make us real on the page in all of our contradictory complexity. I want to be seen as someone who writes queer stories for queer readers. My writing doesn’t always fit neatly into any one genre and has at one time or another been labeled as everything from: memoir or creative nonfiction to young adult or new adult.

BS: How has as your writing process varied for each book you’ve written?

SL: My writing process has looked very different for each of my books. Roving Pack became a book very different from what I thought I would be working on after Kicked Out. It began first as a series of short stories that were initially written while I was on the road touring at colleges, conferences, youth centers with Kicked Out. The characters and the story really had a grip on me and very swiftly developed into the full length novel. With my newly in progress novel Lost Boi the process has been much more organized and began with detailed character development and a chapter by chapter outline. What has remained the same in the writing experience is when/how I write. Most of Roving Pack was written on my iPhone while I was in transit and i continue to do most of my writing while community to and from my day job on the NYC subway.

BS: I feel like apart of being queer is being political. Not only political but being active in our politics. What are some political issues that really matter to you?

SL: So many! I’m really passionate about LGBTQ issues in the United States as well as around the world. I’m particularly focused on youth rights and queer youth homelessness. I also care a great deal about animal welfare/rights.

BS: How do you think politics come into play through your work? Do you feel like you interject your political views into pieces or do they evolve organically due to the subject matter?

SL: This is a really good question. I set out to be a queer writer, which by its very nature I think is something of a political decision. That said some of my work, like the Kicked Out anthology is more overtly political in that its talking directly about policies, laws, and systems that too often fail the youth  that organizations/families/churches/institutions are designed to help. That said, in one way or another, I think all of my work is a product of my experiences and place in the world and so very organically develops political connotations and connections. With fiction, like my novel Roving Pack, there is a freedom that enables a writer to move outside themselves and portray political opinions and perspectives that they might to agree with, but which are a real part of our world and communities. I believe that stories have a great deal of power to shift thought and thinking around all kinds of topics.

SL: This is a huge question. More than anything I  hope to bring to life on the page representations of the queer  world that has saved me, raised me up, and been my home. I hope that my stories and books give life to folks who exist on the margins of our community whether they be homeless queers, leather queers, punk kids . I want to complicate the ways our lives and stories are represented in books, I want to write the stories of queer outlaws, those whose lives/identities/genders/relationships can’t be easily contained and who don’t it into a L Word/Queer As Folk clean cookie cutter mold of what queerness means/ looks like.

BS: Aside from a trans* writer, who are you? How do you spend free time?

SL: Writing in one form or another takes  up a lot of my time. When I’m not writing, I spend a lot of time with my chosen queer family going on adventures. I’m also a hobby dog trainer and get an incredibly amount of joy from working with dogs, my own as well as other people’s – I even assist with a local dog sports class one night a week.

BS:  Aside from politics I find self-care to be a distinctly queer conversation topic. Until I became a part of the queer community I had not been exposed to so much support and understanding around self-care. When dealing with and writing about such intense subject matter that can hit close to home, how do you keep from getting too overwhelmed by it? What do you do and what have you done for self-care?

SL: Self care is really important especially when doing emotionally intense writing or editing that hits close to home. For me this looks like spending a lot of time outside playing with my dogs, teaching them silly tricks. I’m also a big fan of silly cartoons.  My favorites are My Little Pony: Friendship Is Magic and most Disney animated films.

BS: When I read your work I take away feelings of comfort and hope. What would you like to see come from your work, to be clear, what do you want people take with them after reading something you create?

SL: My biggest goal as a writer is to through words create a world on the page where readers and able to see themselves reflected back. For queer folks and especially trans and genderqueer people all too often our lives have not bee reflected in the media that we consume. I remember very vividly being 17 years old and just days after being kicked out I was standing in the library looking at every every book inter “homosexuality” section. I couldn’t see myself in any of those books. None of them talked about being young, and queer, and alone. I made a promise that day in the library that if I survived I found make a book so that no other queer kid would feel as alone as I felt in that moment. It’s a promise that I kept and my biggest goal  is for readers, especially queer/trans/genderqueer readers, to see a little bit of their world reflected on the pages of my stories. 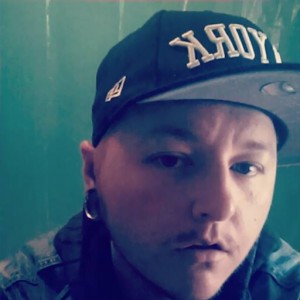