A Tale of Two Mothers – The Feminist Wire

A Tale of Two Mothers 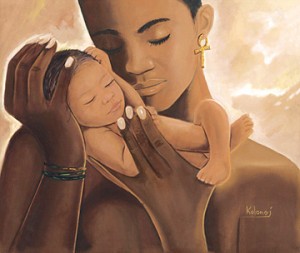 beautiful afternoon in Scottsdale, AZ. The temperature will reach a high of 80 degrees, as a single mother of two prepares for a long-awaited interview. She knows that this opportunity could mean a positive turn for her family. This opportunity means that she could pay for childcare or ensure that rent is paid each month. Before she can go to the long-awaited interview, she contemplates what to do with her two children. Right now she is unable to leave them with a friend or family member. She is compelled to do the unthinkable – leave them in the car for only a little while and pray that either the car doesn’t get too hot, or that no one notices. The benefits outweigh the risks as she parks her vehicle, looks back at her sleeping babies, and makes her way into the office complex.

It is April in New Jersey and the winter chill has finally let up. A young mother who is fed up with her “baby daddy” decides to send him a clear message of her frustration. She leaves her two children in the 5×10 unit at a storage facility (rent is only $240 per month) where they have been living and makes her way to their father’s car. In a fit of rage, she slashes the tires on his vehicle and ends up being arrested for criminal mischief. During routine questioning the officer asks about dependents and immediately becomes suspicious of her evasive responses. The mother tells the officer that her children are at their apartment near said storage facility. Soon after, he investigates and finds the two children in a storage unit piled with personal belongings, no heat, and no ventilation.

Both mothers ended up being charged with child endangerment and having their children taken by the state. Unfortunately, this is an accurate depiction of the single mother’s plight in our society. Mothers with limited support systems and resources are forced to make decisions that have deleterious costs. Of course, not all single mothers make decisions that put their children in danger. There are many who successfully raise their children and are never forced to make rash decisions that could cause them to go to jail and their children to become wards of the state. However, single mothers whose stories parallel the two above are not an anomaly. The single mother is an embattled demographic, often blamed for the ills of society and cast down for not fitting the status quo. In order to avoid embarrassing her children or harming their sense of stability, she will take huge gambles because the benefits outweigh the risks. The system was never designed to protect this mother.

According to the University of Michigan National Poverty Center, single women households have the highest poverty rate over all other households, particularly if they are black or Latina. Surprised? Probably not. More shocking is how the government measures “poverty” in this country.  The official threshold for a two-parent home with two children is roughly $22,000, while the threshold for a single-parent home is $17,000, which is not a marked difference. Essentially, if a single mother with two children meets this threshold, she is not considered below the poverty line even though it is nearly impossible to survive on $17,000, even without children. After tax deductions, she takes home roughly $1,400 per month to care for her family.

Making sense of $1,400 per month: If you grew up in the 80s and 90s, then you may remember the scene from the Cosby Show where Theo learned a lesson about surviving in the real world. With $1,200 of hard-earned monopoly money, Dr. Huxtable painfully revealed the realities of regular people. With regular expenses such as rent, transportation, eating, social life, and taxes, Theo was left with $0. This was a harsh reality for Theo who assumed that living life with limited financial resources would be no problem.

Applying a similar logic to female-headed households receiving $1,400 per month, it becomes quite clear that single mothers are often faced with making difficult choices in order to survive the real world. The list of expenses for any household with children is long. With housing, food, clothing, childcare, transportation, medical, grooming, and entertainment/recreation costs, single mothers must regularly function at a deficit. Without money and support, desperation sets in and rash, sometimes life-altering, decisions make sense.

The perception is jaded.

There are a plethora of statistics and articles that suggest that single mothers are bad for society.  They are perceived as lazy, welfare collecting, promiscuous, and uneducated. There is also a belief that children raised by single moms face more challenges due to limited resources and the inability of single mothers to properly rear functioning and productive members of society. It is unfortunate that there aren’t enough positive stories about single mothers. I have known and still know many single mothers who have never had to make life-altering decisions similar to the Arizona and New Jersey mothers. They are hardworking, educated, and resilient women raising educated children. I often wonder who researchers poll when collecting data for arbitrary statistics that depict a particular demographic in a negative light. In fact, Pew Research Center issued the findings of one such arbitrary survey. The study assessed Americans’ views on family structure and their thoughts on trends that were good or bad for society. The survey is quite troubling and only serves to encourage the criticism and negative stereotypes of non-traditional family structures. The survey ranked single mothers as being bad for society more than couples that are interracial, unmarried, or gay, and more than single fathers.

Let’s talk education: The statistics suggest that single mothers have limited educational and professional attainment. Although education is one of the many ways to ensure family and financial stability, only 18% of single mothers obtain a Bachelor’s degree. Instead of assuming that single moms don’t want to get an education, consider the reality. They don’t have the time or support to obtain a college education. Ironically, there are many state and local universities that have programs in place to assist families in need. Mothers can take advantage of tuition abatement, and on-site childcare and job services, but college is intimidating with or without children. The application and financial aid processes are worse than completing tax forms.

Parents often want the best for their children. For single mothers with limited resources, this can result in a hasty decision with severe consequences. But until you have walked in their shoes or until your advocacy allows you to empathize with their plight, then you are not privy to judgment.

Hanifa Barnes is a committed writer dedicated to giving voice to the issues that affect the millennial woman. She holds a Juris Doctor from Rutgers University, and a Bachelor of Arts in Journalism and Communications from Georgia State University. Follow her on Twitter @iWriteAngles, and on her blog at www.mommy2go.com.