As a longtime dancer now working as a scholar, writer, and media strategist, I am (often to my detriment) deeply and constantly aware of how women’s bodies—my own and others’— are talked about and looked at. I follow with befuddled, irresistible interest the bafflingly tone-deaf coverage of “fat acceptance”, body issues, and health in the otherwise intelligent media outlets that constitute my daily cultural news diet.

I have been at a weight I was uncomfortable with, and I worked hard — still do, every day — to  change it. I’ve been at the other end, too: at a weight that was unhealthy, unsustainable, draining, and exhausting. I frequently find myself in the position of defending universally reviled, supposed mean-girl types like Gwyneth Paltrow and Maria Kang. And I find myself increasingly bewildered, and a bit depressed, at the responses of otherwise brilliant, driven, confident women to any suggestion that more exercise is good, that dieting becomes increasingly something to be considered as we get older, that, in short, perhaps the standard American body—overfed, under-stimulated, ready for heart failure at any moment — is not inevitable. That it is, in fact, anything but natural. Women of my age and education in America (Lisa Frank folders submitted in lieu of D.O.B.) grew up in a culture of self-help talk and D.A.R.E. programs, of dialogue and interaction cues metered by the Very Special Episode. The Gothic fetish-specter of eating disorders haunts our collective psyche[1]. It is socially acceptable to mention, with beatific concern, the (statistically much lower) possibility that a friend is not eating enough, but beyond the pale to suggest that she is (as the vast majority of Americans are) eating too much. 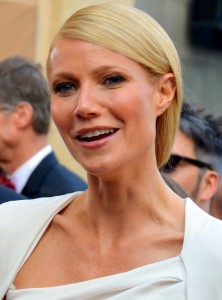 Let me be clear: I am not into fat shaming. I am not into disparaging people based on their bodies. I am not a fan of Hot-Or-Not, or Best-and-Worst Beach Bodies fashion magazine issues (unless I am on a transcontinental flight, in which case I will do what I want and all bets are off).[2] My reason for being opposed to these things, however, has nothing to do with fat acceptance. I don’t like fat shaming because I dislike shaming, not because I like fat.

A few months ago, the internet lost its collective rage-mind at a woman who posted what was clearly intended to be a provocative photo on her basically run-of-the-mill, midlevel life-and-fitness website. Responses to Maria Kang ranged from the class-based (“She MUST have nannies”) to the quasi-racist (“She’s shaped like that because she’s Asian”). I admit, while I (a veteran of gym culture and long runs and hot yoga and boot-camp style workouts who has benefited tremendously from this type of aggressive motivational language) found it inspiring, badass, hilarious, and delightfully third wave, it was also simplistic, tone deaf, and sure to attract ire. Part of the problem, I suspect, is in a collision of equally valid but mutually incompatible discourses: the motivational, no-excuses, ONE MORE REP liturgy of traditional gym culture (now resurgent in CrossFit, Tough Mudder, and the like) and the self-accepting, non-judgemental, nominally supportive discourse of progressive, yoga-inflected feminist-ish female friendship. At their worst, the former sees the latter as hopelessly weak and indulgent, while the latter sees the former as sexist and borderline fascistic. So it’s not surprising that these two rhetorical camps, enriched by images of Kang’s six-pack or Gwyneth’s everything, explode in the semantic powder keg of the internet.

What is surprising, and, to me, disappointing, is the misappropriation of empowering critical inquiry to bully, demean, and hate other women. That, to me, is insidiously, and fatally, anti-feminist. Why then do demonstrably smart, feminist women who are supposedly all for sisterly solidarity so loathe one type of woman? A simple answer is that feminist discourse is a) not monolithic and b) not always as subtle and informative as we might like.  Enough has been written about how troubling much of Jezebel’s approach is that I don’t need to cover it here, but the comments on that site, and others, are hardly paragons of sisterly love. Kang and Gwyneth are seen as a kind of fifth column, as inside traitors in a culture war. This reading is superficially logical but, ultimately insufficient and disappointing. There is a specific dimension having to do with bodies, with our right to do with them what we want, and to participate in the cultural practices that we want to, without invoking feminine ire.

Upon inspection, then, the  vitriolic rage seems to me to derive not simply from the fact of being on the “wrong side”, or as the cattier among us might say, simply being luckier, prettier, richer and thinner, but from something much more troubling: the intensely self-loathing, self-defeating, internalized misogyny I see in much of feminine American discourse today.

More and more, I am fascinated a major question facing women (really, everyone) in America today: Why do we hate those who we perceive to be healthier (and in many cases, more attractive) than we are? Why do we look for excuses and make ourselves complicit in our own physical dis-empowerment? Many of my peers seem much more ready to come up with a dismissal than they are to believe that they have the power to change their bodies and themselves. This power — the power to make your body and mind fitter, faster, stronger, to be in charge of yourself — is real power. It is serious power. It is probably scary power. I argue that obesity is more than a disease, that fat is more than a choice, and that we use weapons of misogynistic defensiveness (in the case of Kang) and class (Gwyneth Paltrow looks like that only because she is rich) to remain complacent in a society that is set up to make us weak, lethargic, complacent, and unhealthy.  We turn what should be our most potent weapons — our intelligence and critical thinking skills, our ability to parse precisely the inflections of class, race, and physical power that conspire to occlude and diminish women — against  other women, and, consequently, inevitably, against ourselves.

Fit women are strong women; strong women make demands and change conditions and take on the world. Fit women, in other words, are terrifying.  By hating other women who talk about fitness in a serious way, who reject “fat acceptance” and choose to change, we are really internalizing a cultural, social, and capitalist construct set up to keep us docile, weak, and self-loathing. We use stereotypically “feminine” weapons — gossip, side-eye, cliques — couched  as “concern” and “critique” to put down other women. Only by seeing each other as role models in a shared struggle do we begin to transcend these issues and empower ourselves. A healthy body, just like a body that is loved and accepted on its own terms, unconditionally, is not an unattainable privilege of the rich or genetically blessed. It is not a weapon to use in judging and diminishing other women. It is a source of empowerment. It is a philosophical statement. It is political. It is a choice. And sometimes, it is — quite literally — all you have.

Laila Pedro is a Havana-born writer, scholar, and media strategist based in New York City and South Beach. She studied French and dance at Connecticut College, and will defend her doctoral dissertation, “Paris and Havana: A Century of Mutual Influence” at the Graduate Center of the City of New York this spring. She writes about modern and contemporary poetry, painting, dance, and performance art, with particular interest in the representation of human bodies.

[2] I do, however, bring my own food on said flights, which is a whole other story.