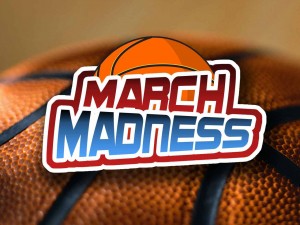 Given this year’s brutal winter, many would not know that spring is here, unless you are a college basketball fan. The build up to “March Madness” is a clear sign that winter is on its way out. Yesterday ushered in the 2014 season of March Madness, when, for two weeks of the year, everyone from President Barack Obama to your office co-worker becomes obsessed with all things college basketball. Although I do not follow college basketball during the regular season (other than to attend a few Purdue women’s games), I too find that I get wrapped up in the hype and excitement. Indeed, media outlets such as ESPN and CBS expend tremendous resources to create an exciting fan experience through various online and social media platforms, which fans can use to follow the tournament. This makes sense, given CBS/Time Warner paid $10.8 billion for the exclusive broadcasts rights to the men’s tournament for the next 14 years, and revenues from the tournament alone represent 95% of the NCAA’s annual budget.

The most familiar of practices involves fans completing “brackets” to predict the winners and losers of the tournament. It has been only in the past several years that fans of both men’s and women’s basketball can share equally in this madness. For example, ESPN did not broadcast the women’s tournament in its entirety until 2003.  Before then, many of the earlier rounds of the women’s tournament were not broadcast on television. This was before live streaming challenged the hegemony of broadcast media as the sole platform for the consumption of mediated sports.

Yet, we have not reached parity with the types of investments sports networks and news media have in creating interest for both the men’s and women’s tournaments.  For example, in the most recent iteration of the “Gender in Televised Sport Report” that myself and collaborator Michael A. Messner, Ph.D. conducted, we found that in our most recent sample from 2009, ESPN’s Sports Center (the most watched sports news program) devoted 40 stories comprising over 1 hour and 36 minutes of coverage to the men’s tournament and only 4 stories comprising a paltry 1 minute and 26 seconds to the women’s tournament. [We are currently collecting data for the 2014 sample, which will be the 25-year iteration of the longitudinal study]. We argued that contrary to conventional wisdom, the media do not simply “give viewers what they want,” rather the media play an important role in constructing audience interest in sports, specifically in promoting men’s sports through visually and aurally exciting highlight shows. Ignoring the role the media play in the promotion of men’s sport downplays the power that media institutions have in shaping not only our interests in sport but also our cultural beliefs about gender. The continued lack of coverage of women’s sports positions female athletes as second-class citizens and marginalizes women both within sport and within the wider culture. 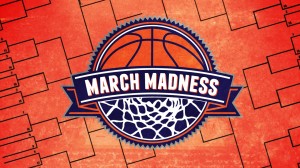 Colleagues and students have asked whether I think the 2014 data will mark an improvement over the findings from previous reports. Honestly, I am not optimistic of any meaningful change. In fact, I was inspired to write this piece upon completing my 2014 brackets using ESPN’s “Tournament Challenge” web site (the most commonly used site). The ESPN men’s bracket also includes important statistics like the Basketball Power Index (BIP) rank, average points scored per game, win-loss records against top-25 teams, and team summaries. It also includes a “Game Predictor” for the First Round, where various prediction models deliver the statistical odds of a team winning and summarizes those odds, informing the fan if a match up is a “David and Goliath” (one team is clearly favored to win), a “Nail Biter” (one team has an opportunity to beat a closely ranked opponent), or an “Odds on Upset” (the match-up has a possibility to end with a lower ranked seed beating a higher ranked seed). For me, filling out the men’s bracket with readily accessible statistics, information on the teams and players, and predictions created an exciting experience that fostered a sense of investment in the tournament outcomes, which translates to higher ratings, high levels of interest in watching the games, and an interest in consuming sports news media before/after to follow the outcomes.

Unfortunately, when filling out the women’s “Tournament Challenge” bracket on the ESPN web site, the experience was dramatically different. It was less exciting and did nothing to enhance my interest in the women’s tournament. I looked in vain for the “Game Predictor” in the women’s bracket. Although the women’s bracket did include some statistics, like average points scored per game and recent win-loss records, the women’s stats did not include the BPI, team summaries, or the important “Game Predictor.” Moreover, I downloaded ESPN’s “Tournament Challenge” app, which allows one to access their bracket, tournament scores and updates on their mobile device. Unfortunately, the app only includes the men’s tournament. Needing more information for my women’s tournament picks, I turned to the Internet. There I found a number of links to articles with picks and predictions for the men’s tournament, including an article entitled “Five Upset Picks for Your NCAA Tournament Bracket,” but very few relevant articles about the women.  And indeed, the one article I did find was an article published on the Bleacher Report that included a slide show on the “10 Bold Predictions,” which included information such as “Middle Tennessee’s Ebony Rowe Will Become a Household Name” and “Wichita State’s Men’s and Women’s Teams Will Lose on the Same Day.” I found this to be of little assistance in predicting my bracket outcomes. Also disappointing is President Obama has a bracket for both the men’s and women’s tournaments, yet the media coverage focuses only on his picks for the men’s. 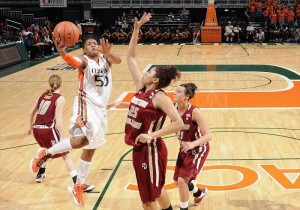 This is a concern for feminists for several reasons. Sports are the remaining institution in the United States wherein sex segregation of men and women and boys and girls is both culturally accepted (and expected) and legally enforced (i.e. Title IX). As such, sports become an important site for the reaffirmation and/or challenge of supposed natural, gendered differences and men’s physical dominance, which often serves to justify and uphold men’s political, cultural, and economic dominance. The media coverage of men’s and women’s sports thus becomes an important site through which ideas and beliefs about gender circulate in our society. Giving less coverage, lower production values, and lower quality social and online platforms for women’s sport vividly conveys the message that female athletes, and women in general, are less valued. As a feminist, I am committed to challenging this perception about female athletes, women’s sports, and by extension all women. For these reasons, the scholarship and advocacy of feminists must continue to address this persisting form of inequality in our culture.
________________________________________________________ 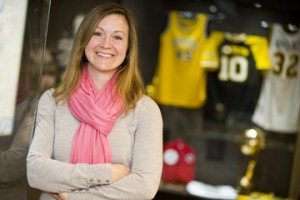 Cheryl Cooky, Ph.D. is an Associate Professor of Health & Kinesiology and Women’s, Gender, & Sexuality Studies at Purdue University. Cheryl was a Principal Investigator for the first ever evidence-based study of gender and sport in Montenegro, “Gender and Sport in Montenegro,” a collaborative project with the Women’s Sport Foundation funded by the International/Montenegro Olympic Committee and United Nations Development Program (UNDP). She also co-authored “Gender in Televised Sports: News and Highlight Shows, 1989-2009,” a groundbreaking report published by the University of Southern California Center for Feminist Research with Michael Messner. In honor of her work, Cheryl has received the Purdue University Title IX Distinguished Service Award, the Purdue University Difference Makers Award, the Dorothy Harris/Women’s Sports Foundation Dissertation Scholarship, the Haynes Foundation Dissertation Fellowship, and a tribute in our “Feminists We Love” series. Cheryl was also an Honorable Mention for the Sociology of Sport Journal Article of the Year Award for “If You Let Me Play: Young Girls’ Insider-Other Narratives of Sport.”